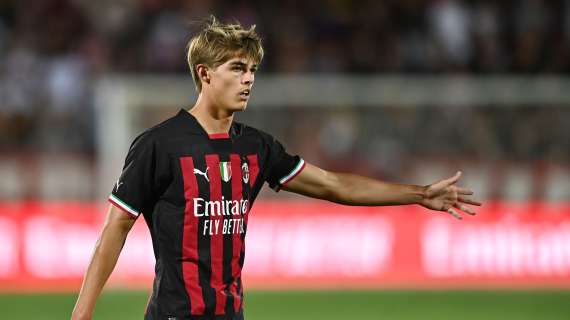 EXCLUSIVE MN – Krépin Diatta (ex Bruges): “Milan must have patience with De Ketelaere. Trust me: he is a top and will score many goals”

Former Club Bruges player Krépin Diatta spoke exclusively to MilanNews.it about the difficulties encountered by Charles De Ketelaere in the Rossoneri at the start of the season. And the right winger, now in France at Monaco, has no doubts that Stefano Pioli’s new Belgian attacking midfielder will show all his qualities.

Krépin, you were Charles de Ketelaere’s teammate at Bruges for a season and a half, from 2019 to January 2021. You saw him debut in the first team and explode at the Jan Breydelstadion before he moved to Monaco. Given the difficulties encountered at Milan at the start of the season, what advice would you feel able to give him?

“Charles is a very talented player who works a lot for the team. But at the moment it is not easy for him because he is in a new club and the league in this is Serie A. Milan fans need to be patient. But I really believe in him, I am convinced that he will unlock and score many goals. That’s for sure”.

What’s it like playing with him? Easy or difficult?

“Playing with Charles is easy, very easy. He possesses technique and finesse of foot, not a little. Milanisti, have patience: he will score many goals “.

Many think that moving from Jupiler Pro League to Serie A was too premature.

“No, because if Milan took him it means that they thought he was ready for the big leap. And he will do well in the Rossoneri, trust me. ”

David Martin is the lead editor for Spark Chronicles. David has been working as a freelance journalist.
Previous today it is more expensive than a full tank of fuel
Next Rogo Catanzaro, the lawyer of the Corasoniti family asks for justice