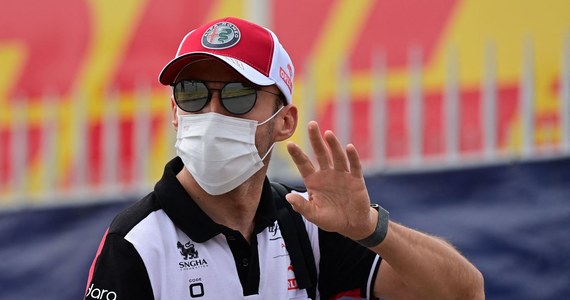 F1. Robert Kubica will return to the F1 car

Alfa Romeo has virtually all the cards for the 2022 season. We already know that the two main drivers in the Swiss team will be Valtteri Botttas from Mercedes and Formula 1 debut – Guanyu Zhou. On Wednesday, fans learned the name of the third representative of the team based in Hinwil. The list is completed by Robert Kubica, who, like this year, will mainly focus on working in the simulator.

Of course, PKN Orlen remains with the Pole. The Polish company will invariably act as the title sponsor. On the occasion of the contract extension, fans also received great news regarding the potential trips of the 36-year-old to the race track. – In the 2022 season, Robert Kubica will take part in four training sessions preceding the struggles of the best drivers in the world and in pre-season tests – we read in the announcement available on the orlen.pl website.

Many more weeks must pass before Robert Kubica is back in the Formula 1 car. According to the latest information, the first tests before the 2022 season will take place on February 23-25, 2022 in Barcelona. After a break of several days, the fastest drivers in the world on March 10 will go to Bahrain, where they will prepare for the competition for three consecutive days.

We will probably know the details of making the car available to the Polish competitor in four training sessions just before the start of the competition. It is also possible that the Pole will take part in the main race just like this year. However, the chances of that are very slim.

Before the 2022 season begins, it’s time to settle the current one. In the general classification, the first Max Verstappen has only eight points above Lewis Hamilton, which heralds great emotions. There are only two races left to the end. The next one is scheduled for December 5 in Saudi Arabia. Broadcast from 18:30 on Eleven Sports 1.

Check the latest information on Polsatnews.pl!

David Martin is the lead editor for Spark Chronicles. David has been working as a freelance journalist.
Previous Bad news for Bayern Munich. Another case of coronavirus
Next Wirtualna Polska – Everything important