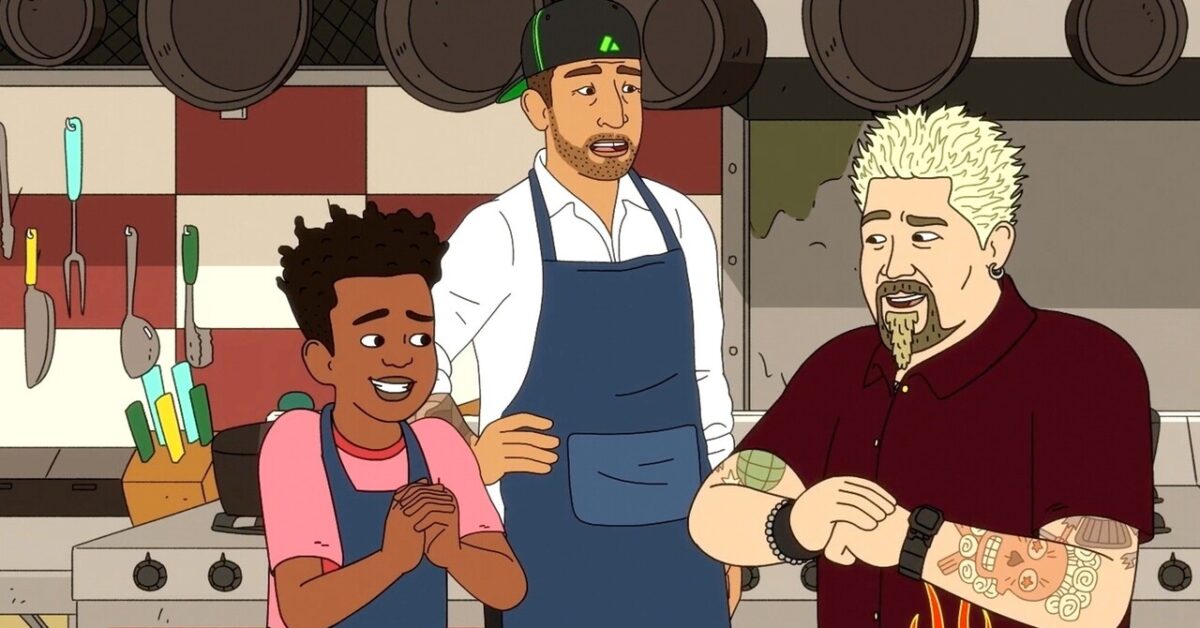 Amazon has released the second season of the adult animated comedy series Fairfaxcreated by Matt Hausfater, Aaron Buchsbaum and Teddy Riley. She returns to take care of the quartet of friends, middle school students Dale, Derica, Benny and Truman who are looking for popularity and individuality in Los Angeles, Fairfax. The animated comedy has a stellar cast that includes Guy Fieri, Billy Porter, Zoey Deutch, Camila Mendes, Annie Murphy, Ben Schwartz, Michael Rooker and John Leguizamo, just to name a few. The series returns to the platform on June 10, 2022 with new episodes that tell the adventures of the four friends who are still looking for their place in the world. The series brings the hypebeast culture loved and followed by people who show off expensive clothes just to impress others, who buy rare pieces just because they are rare and who seek exclusivity even when it is beyond their economic means; hypebeasts are therefore individuals, often very young, who choose their clothes only on the basis of fashion, and regardless of their price.

Fairfax 2: Dale and his friends in search of popularity

It is well known that animation is not just for childrenThere has been a big wave of adult animation shows in recent years, think Bob’s Burgers, Archer And F is for Family, Big Mouth. Fairfax 2 he still tries to adapt to this genre, but a deep relationship is not created with the characters, there is no connection, one has the feeling of not being in front of a new, revolutionary work. Throughout the episodes we can clearly perceive the effort to make people laugh, to be in relationship with the contemporary, with society; is meant to be a different product from everything else.

Dale and his friends want to be popular, they want to be influencers, they want to be understood and understood but something is wrong with the story. In each episode there is a small adventure to participate in, a small world to be part of, a small situation that the protagonists have to solve; while adults are perhaps so busy being still young, the little ones want to grow up immediately, take on responsibilities. The tale is stuck in a Los Angeles bubble, completely obsessed with everything streetwear and the Internet. Along the episodes Fairfax it stages friendship, working together to be able to survive the daily battles, but, this is indeed successful, the “wickedness”, the cynicism that sometimes inhabits the little ones is shown.

The four friends are united yes but there are more important things, love, popularity, which sometimes make the protagonists go off track. There are many cultural references to contemporaneity that even become annoying and boring, the fun is lost, because it seems that, like at school, the creators want to cover the narrative and ideas void with jokes and irony. If the idea of ​​the creators is to write a love letter to the kids of today, something does not add up to that generation that will have to save the world from global warming. Fairfax is full of jokes which would like to be the expression of a contemptuous intelligence, would like to have a warm heart fueled by friendship, camaraderie and acceptance but when it is there it is watered down so much that it gets lost in the chaos of struggles, searches, small or large battles.

The inability to create a relationship with the public

The battle between the good and the bad, the evolution and growth of the characters proceeds but almost without strength and without any kind of attraction, so much so that the first problem that emerges is one: who is this series aimed at? What is your audience? Millennials? Generation Z? Nobody seems to be the target audience because the irony is almost undifferentiated, it aims to be a bad show indiscriminately to hit social media. We criticize the modern obsession with appearing more than being, the almost physiological need to show everything because this is the only way we really are, the stupidity of a certain social world that has nothing underneath it, the importance of some objects that become representations of a status symbol beyond their value (the Latrine brand).

While the series may seem clever, weird and funny on paper, it ultimately fails to impress, laugh, or even reflect. It does not really dialogue with the contemporary, it does not dialogue with the older ones among the youngest or even with the more mature among the adults, the feeling is that of not really and deeply narrating anything. From middle school participating in a “mourning contest” to the Gang Gang that saves Hiroki from the infamous Clout 9, there is a lot of meat on the fire but it is not juicy, but dry, without the flavor it should have. A funny point is Billy Porter as Hiroki Hassan who looks like a kind of Willy Wonka from the kingdom of Fairfax, Hassan is the lone mind behind Latrine, a fashion house that creates subversive ironic pieces of the streetwear style that everyone wants.

The school, the problems connected to it, the fears, the mistakes, the needs of that era are the background without showing the depth of all that jumble of changes, fragility related to this age.

Farifax with this second season he shows that he does not have all the credentials to be able to carry on his journey. The episodes of her, very short, can be watched quickly but the feeling after the vision is that of emptiness. If you are a lover of this kind of animation, it makes a lot more sense to recover Big Mouth, Rick and Morty, F is for Family, Bob’s Burgers, Disenchantment or if you’ve seen them before, think about rewatch.

David Martin is the lead editor for Spark Chronicles. David has been working as a freelance journalist.
Previous “Glass Onion: A Knives Out Mystery”, the new film with Daniel Craig
Next Netizens speculate that Kendall Jenner and Devin Booker’s relationship is over