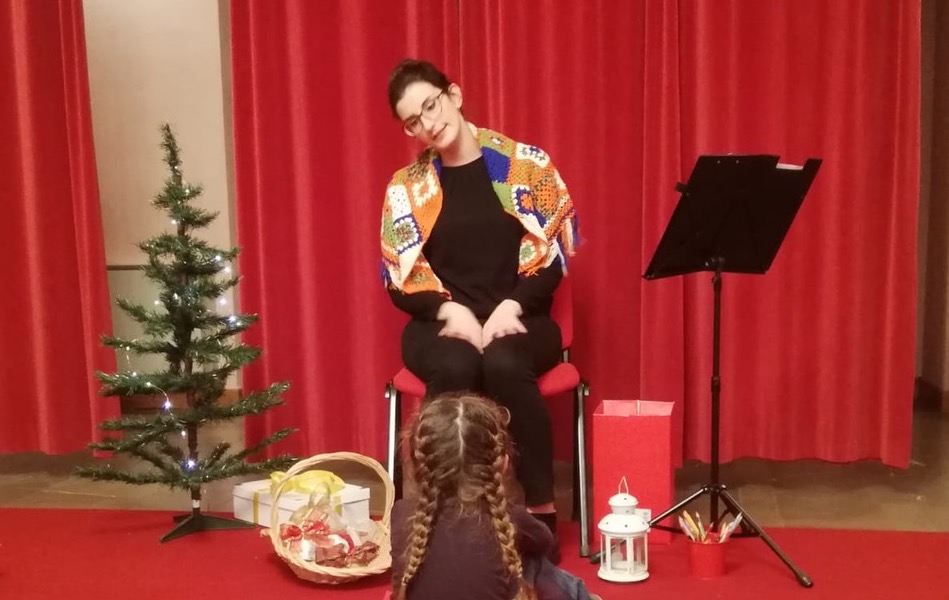 Fairy tales in Friulian and lots of stories, appointments in the theaters of Cormons and Gradisca • Il Goriziano

On Thursday 22 and Friday 23 December, at 5 pm in the Hall of the Cormons theater “Fables at km 0”. Camilla Tuzzi will lead children and not only to rediscover ancient tales to transport us into the magical world of Christmas, through the amusing tales of the Friulian tradition.

Letizia Buchini will animate “The Shirt of the Happy Man” and other Friulian fairy tales Saturday 24 December, at 11.30, on the stage of the New Municipal Theater of Gradisca d’Isonzo: we will discover some of the most beautiful fairy tales of our regional tradition, some of which taken from the great Italo Calvino inside from the Italian fairy tales collection. The protagonists will be old kings, princes and princesses out of the ordinary, farmers ready for anything and geese with magical powers.

On Tuesday 27 December at 5 pm in the Hall of the Teatro di Cormons, Camilla Tuzzi will once again compete in a special version of “The cat with the boots”: there are a thousand ways in which this popular fairy tale from the European tradition has been revisited, the clever and shrewd cat protagonist of the story will speak Friulian to shorten the distances with the culture of our territory. On Friday 30 December, at 5 pm in the Hall of the Cormons Theater, Enrico Cavallero will present The Unhappy Princess.

How many times have children been told this fairy tale. Each time it varied according to the situations and the teachings that one wanted to transmit. The unhappy princess tells us how happiness is to be found in simple gestures that come from the heart, those that will always make us smile and make sense of things. Repeat Saturday 31 December at 11.30, on the Gradisca stage. Tickets at 2 euros will be available during the presale times of the two theaters and one hour before the start of each performance.

Stay up to date on the latest news from the Territory, subscribe to our channel TelegramFollow us on Facebook or up Instagram! For reports (also Whatsapp and Telegram) the editorial staff of Il Goriziano can be contacted on +39 328 663 0311.