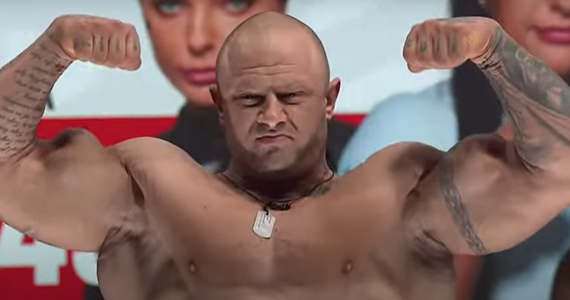 Before the fight with Radzikowski, “Beast” was winning with Marcin Najman and Piotr Szeliga. Now he has won his third victory. He is invincible all the time.

Piechowiak’s fight with Radzikowski was a heavyweight fight, not only figuratively, but also literally. After all, “Radzik” is a former strongman who competed in this sport, among others with Mariusz Pudzianowski. In turn, he made his debut in MMA.

They both started at each other from the beginning. They exchanged a few blows, but “Beast” quickly overthrew his rival. Throughout the fight, he worked well on the ground floor. The rookie did not yet have the skills to defend himself against takedowns and to skillfully neutralize his rival’s attacks while lying on the mat.

“Radzik” showed a huge heart to fight, but it was not enough. He survived until the end, but all judges scored 30-26 for Piechowiak.

In an earlier fight, also by a unanimous decision of the judges, Krystian “Krycha” Wilczak defeated Maciej “Szewcu” Szewczyk.