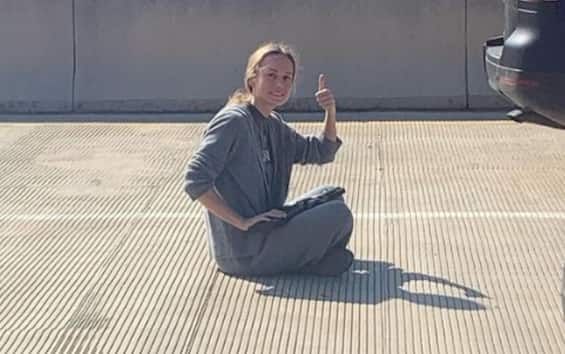 Fast and Furious 10, a photo of Brie Larson from the film set

Through a post on her official Instagram profile, the Sacramento actress posted a couple of shots directly from the set of Fast & Furious 10. In her photos we see the actress smiling sitting on the asphalt with two cars parked in front of her, with a nice caption: “When the production assistant asks you if you need more tea during rehearsals”. The entrance of Brie Larson in the cast of Fast & Furious 10 somewhat reminiscent of that of Helen Mirren in the eighth chapter, where the award-winning actress had made such a pressing to Vin Diesel to enter the saga, of which she has always been a big fan. A similar speech for Brie Larson who, speaking with the interpreter of Dominic Toretto, asked for and obtained a part in an as yet undefined role. Within the cast, as a further new entry, will be Jason Momoa as we also review Charlize Theron, Sung Kang, Ludacris, Michelle Rodriguez and Thyrese Gibson. Despite the sudden change in direction from Justin Lin to Louis Leterrierthe shooting goes on undeterred, with some scenes shot in Italy precisely in Turin and Rome.

The success of the saga of Fast & Furious

The saga has been thrilling fans for more than twenty years. Over time, the plot has become increasingly detached from what was the main feature, namely the clandestine racing. In the last chapters, in fact, there are always ultra-modified cars suitable for racing, but they are used purely as a means to rob certain buildings or to counteract the enemies of the moment. Below, the list of feature films in chronological order of release to the cinema:

David Martin is the lead editor for Spark Chronicles. David has been working as a freelance journalist.
Previous Ukraine, China: “Russia ready for dialogue with the US and Kiev”
Next Free 2 with a bang for Leclerc, Russell ahead of everyone in the Pirelli 2023 “test”