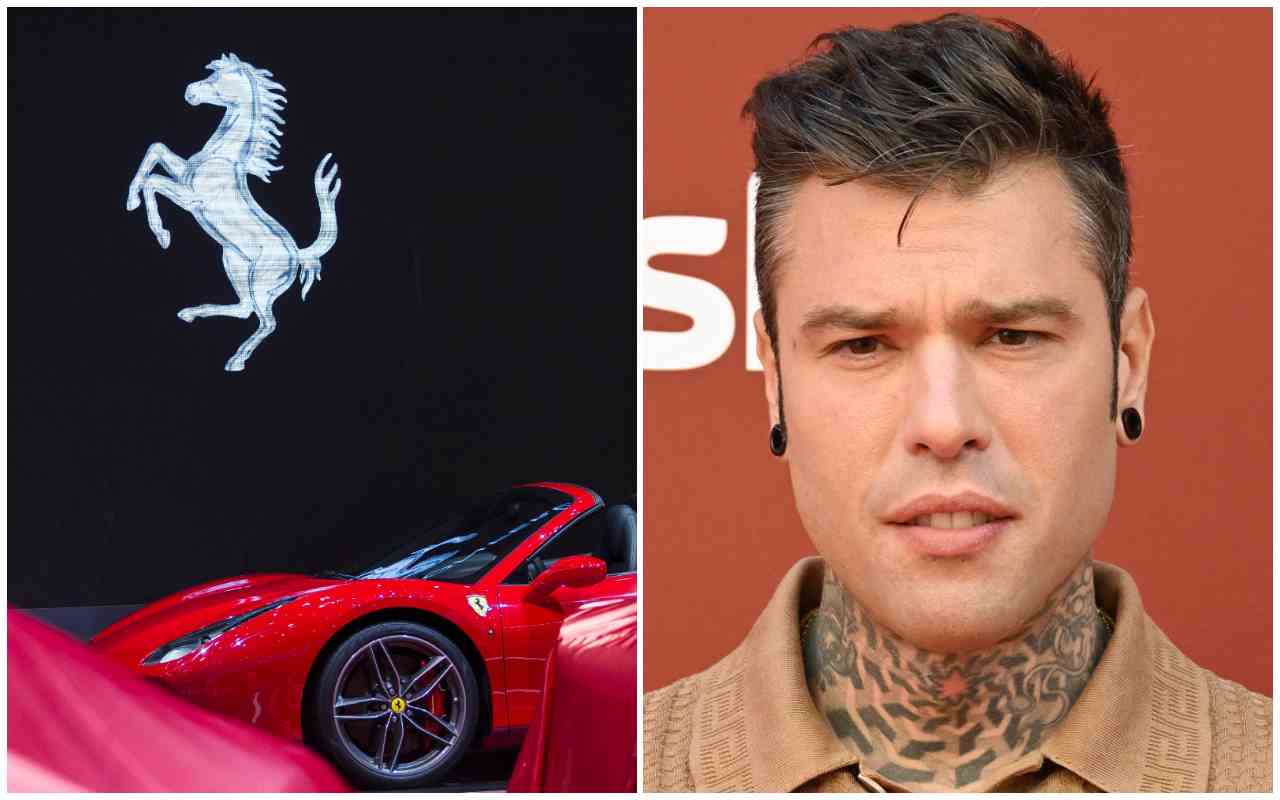 Fedez buys a Ferrari, but he doesn’t know how to drive it: images to laugh

The Lombard rapper bought a new Ferrari racing car. The reaction of Fedez and Ferragni to the first defeat is all to be tasted.

Those who buy a sports car are not always aware of the driving difficulties involved in a racing car of over 300 km / h. Beyond performance, even just getting into the cockpit of a supercar and knowing how to turn it on is not such an intuitive operation. Ferraris are a concentrate of extreme technology and require high-profile skills. Considering also the value of the vehicle, a small mistake can lead to sensational consequences. Learning to drive on the track is anything but easy, but it is certainly easier, at the beginning, than driving on the public roads of Milan. Fedez had to contain himself because the car’s power is sensational.

For sure, driving a Ferrari is a great way to attract people’s attention and receive a rain like on social media. Those who manage to be lucky enough to be able to buy a modern Ferrari rarely know, in detail, the history of the cars of the Prancing Horse. Consequently, in order to fully enjoy the performance of a car that was created to entertain experienced drivers, it would be necessary to practice long after the purchase. There are many schools and teachers able to illuminate the path of young millionaire stars, but the reaction in the video you will see below is much more news. The protagonists are the most followed spouses in Italy, Chiara Ferragni and Federico Leonardo Lucia, aka Fedez.

The couple filmed their first ride in a magnificent SF90 Stradale. The car is not an electric, as you will see written at the beginning of the video, but it is the first hybrid model produced in the history of Ferrari. This means that the car features plug-in hybrid technology, with a V8 Biturbo heat engine, capable of generating 780 horsepower. But that’s not all, thanks to the extra horsepower of the electric part, the supercar reaches 1000 total horsepower, essentially the most powerful Ferrari ever. In F1, Ferrari has been using hybrid Power Units and the know – how gained in the top category of Motorsport for years helped the Italian technicians to create a unique jewel of its kind. The SF90 Stradale, with some options, can even exceed half a million euros. The first full electric car of the Cavallino, on the other hand, should arrive in 2025.

The SF90 Stradale was presented in 2019 for the 90th anniversary of the Scuderia’s birth, which took place in 1929. The gearbox and powertrain with an MGU-K electric unit paired with the ERS are something never seen on a road-going Red. The manettino is much more advanced than the other models of the house, with different modes: electric eDrive, Hybrid with the ignition of the heat engine only if necessary, Performance with the heat engine always running, and Qualify, both engines work together, giving unique emotions to the motorist with the maximum power released of 1000 horsepower. Ferrari has really changed gear compared to the past, focusing on new technologies. Take a look at the Purosangue FUV and a hypothetical pick-up version.

Ferrari, how many difficulties for Fedez

Getting into a Ferrari today is like being at NASA with so many screens and adjustments to make. The SF90 Stradale sprints from 0 to 100 km / h in just 2.5 seconds, while 0 to 200 km / h takes place in less than 7 seconds. The top speed is 340 km / h. The SF90 Stradale has stability control, torque vectoring electric power steering and a super advanced by-wire braking system. A racing car that can also be docile if driven in electric mode, at low speeds. The car can travel up to 25 km at a maximum speed of 135 km / h. An extra option for those who do not have heavy feet and want to save money from the gas station. After a joke, before entering his garage, the singer entered the car and fastened the seat belts, amid the laughter of his wife for the “backpack” on her shoulders.

The roar of the supercar was not heard because the car can move on, quietly, in electric mode. To make the scene even more exhilarating is the opening of the caps for refueling the car. Chiara Ferragni made fun of her husband, for the mouse ears open wide. Once all the problems were resolved, Fedez came out of the garage. The rapper enjoyed driving, as he told his spouse in the video. The goliardic aspect is that Fedez seemed much more tense than his wife who had a good laugh at each acceleration of her husband. The video was posted by the Italian influencer on his TikTok channel. We leave you to the images of an embarrassed Fedez who, moreover, at the beginning of the video confessed that he did not know how to drive the car.

He likes dogs, pizza and popcorn. Already a fanboy of Nintendo and Sony, but today throws anything. He has collaborated on sites and magazines such as GameBlast, Nintendo World, Hero and Portal Pop, but today is dedicated exclusively to Spark Chronicles.
Previous Anne Hathaway is still hoping for a third Pretty Princess sequel
Next Icardi and Wanda Nara, rags fly: fired!