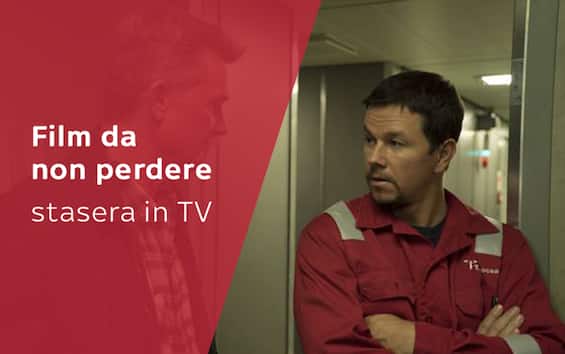 Matthew McConaughey in a film about the true story of one of the biggest scams of the century.

Deepwater – Hell over the ocean, 9:00 pm on Sky Cinema Action

Mark Wahlberg and Kurt Russell in a film inspired by a true story. An explosion on an oil rig causes a catastrophe.

Ammonite – Above a wave of the sea, 9.00 pm on Sky Cinema Romance

Jude Law and Nicole Kidman in the biopic about writer Thomas Wolfe and editor Max Perkins.

Danny Boyle directs Dev Patel and Freida Pinto in a story of redemption and love.

Maya Sansa in a film by Marco Bellocchio. The kidnapping of Aldo Moro through the vision of a young Brigadier.

A wedding planner is planning a luxurious wedding but will have to deal with many unexpected events.

Classic for kids based on a work of literature. A 10-year-old orphan discovers his origins by traveling to France.

Jim Carrey and Jeff Daniels in a cult comedy. Two friends have to return a briefcase to a woman and combine each of them.

Sky Original action comedy in which some security guards organize a heist in a jewelry store.

Steven Spielberg’s masterpiece. A giant shark terrorizes an island in the Atlantic.

A woman is plagued by visions of murders which then occur in reality.

The final of the Eurovision Song Contest 2022, in which the winners of Sanremo, Mahmood and Blanco also participate.

The history and sporting achievements of former Ferrari driver Gilles Villeneuve, who tragically died during a GP.

Topical container with Bianca Berlinguer in charge. We talk about politics and social issues.

Topical format conducted by Mario Giordano in which the main themes of the country are analyzed.

French miniseries in which a female lawyer tries to find the killer who almost killed her 16 years earlier.

Another prime-time appointment with the satire, news and current affairs services of the editorial staff of Le Iene.

Giovanni Floris to conduct this political talk, in which the current situation of the Italian situation is treated.

Ciro Priello and Fabio Balsamo lead a new musical format in which two teams, made up of 4 famous people, compete against each other.

The perfect robbery, 21:25 hours on Nove

Jason Statham in a heist movie based on a true story.

David Martin is the lead editor for Spark Chronicles. David has been working as a freelance journalist.
Previous Tonight on TV 11 May 2022, movies, Rai, Mediaset, La7, Sky, what to see
Next “LiViANA – La Porta in Festa”, in Pontecorvo on a Saturday full of shows, concerts and meetings on May 14, 2022 Events in Padua