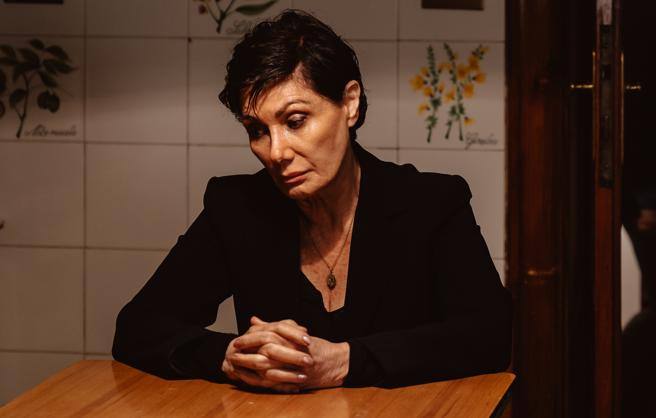 «Finally a real role, I’ve been waiting for it for a lifetime»- Corriere.it

In the cast of the film also Gabriele Lavia and Lodo Guenzi. «The phone call from the director was love at first sight»

When Pupi Avati he telephoned her to pitch a role in his new movie, he immediately said yes. «For over 7 years I no longer wanted to work, nor set foot on a set – he says Edwige Fenech73 years old
—. But that phone call was a lightning strike: Pupi told me the script and I understood that such a role, a real roleI’ve been waiting for this for ages. Besides, he was proposing it to me film master: a great gift. As soon as I finished the call, I was so happy that I started jump around for home like a kangaroo, with my cat chasing me and jumping with me. We looked two crazy».

What is the film called and what is it about?

“The title is provisional: The fourteenth Sunday in ordinary time. The story starts from a young couple, Marzio, played by Lodo Guenziand Sandra, played by Camilla Cerauli: they love each other, they get married but then they leave. Destiny makes them meet again after 35 years and, this time, we are the ones to interpret them Gabriel Lavia and me”.

Where do they meet?

“By chance, A a funeral, as often happens at a certain age (laughs). I recognize him immediately, while he recognizes me, he finds me much changed. My character is one woman my age
with various critical issues, she is not happy and happens to find the greatest love of his life. Between Marzio and Sandra it will be a flood of narratives, between past, present and future ».

You made your stage debut only once, in «D’amore si morte» directed by Patroni Griffi. What is the effect of acting alongside a great theater actor?

«Between Gabriel and me, a perfect understanding. And then it’s beautiful! He wears his years very well (80, ed). I love theatre, but I only did that show because it’s too strenuous. I’m a sedentarya, a snail carrying its house on its back. That time, an exceptional experience but…”

“I had one terrible fear
and Peppino, to convince me, repeated to me: you have to do it! On the night of the premiere in Rome, I was wearing a gray longuette skirt on stage. A month later, they had to fix my skirt because I was so emaciated
which, from longuette, slipped down to my feet!».

Was the director very strict?

“Absolutely no! The show had great success
and perhaps I have one regret: not having accepted the proposal that the producer later made me, offering me another comedy. But if I said no at that moment, there must have been a reason.”

Are your parents happy with your acting career?

«Momwho is about to turn 95, very happy. My father didn’t take it well at first. Then, understanding my will, he accepted it. In addition, I have also worked with directors and actors such as Dino Rice, Steno, Alberto Sordi, Hugh Tognazzi… and I received beautiful criticisms».

Then as a producer, was it difficult for you to establish yourself as a woman?

“Very hard. There was a lot of distrust towards me: women, if they are beautifulthey are automatically stupid and incompetent. With my productions I wanted to give space to the stories of women, their problems, to demonstrate that women deserve to be valued: women are worth it. I am very proud of my career as a producer, but it is a closed topic, too complicated».

And now she’s back in the game as an actress…

«Yes, I am happily a mother of a son that has 51 years old And grandmother of two children aged 10 and 3… I therefore hope that I have reached an age where one no longer watches what one watched before, but only the my interiority».

David Martin is the lead editor for Spark Chronicles. David has been working as a freelance journalist.
Previous Midnight Club 2 PC Game Download Full Version
Next «The series tells about women of different generations»