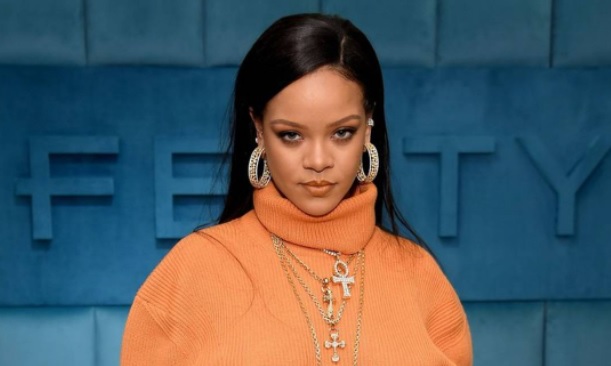 Rihanna had a serious face, while the rapper seemed more relaxed, after the difficult times he’s been through recently (Photo: Playback)

Rihanna made the Forbes Billionaires list thanks to deals that go far beyond her singing career. At 34 years old, pregnant and also breaking paradigms for a pregnant woman, Rihanna has a fortune valued at US$ 1.7 billion, something around R$ 8.1 billion.

In the list of billionaires in general, the Barbadian-born artist would be in 1,729th place, technically tied with the likes of former basketball player Michael Jordan, and Alberto and Marina Prada, heirs of the Italian brand founded in 1913.

Rihanna owes some of her financial success to the cosmetics brand Fenty Beauty, which she created in 2017. Today, Rihanna co-owns the brand alongside LVMH, a French luxury retailer. In 2020 alone, Fenty is estimated to have generated over $550 million in revenue. Among other reasons, Fenty Beauty has become popular for a wide range of products that span many skin tones, reaching 50 today.

The singer also has a 30% stake in the Savage x Fenty lingerie line, valued at $1 billion earlier this year. The name of the singer’s companies has a personal origin: it is her own surname, baptized as Robyn Rihanna Fenty.

Winner of nine Grammys and countless other awards, Rihanna became the best-selling digital artist in history, even entering the Guinness Book, the book of records. Absolute hits like “SOS”, “Umbrella”, “Don’t stop the music”, “Disturbia”, “Take a Bow” and “Rude Boy” helped the singer in the numbers. Recently, Spotify gave her the title of most played woman of all time on the platform. Since the beginning of his career, in the early 2000s, eight albums have been recorded, the last being “Anti”, in 2016.

When it comes to fortune, Rihanna is pretty even compared to other music heavyweights. She appears in front of Jay Z, who boasts $1.4 billion and is in the 2076th position of the billionaires list. Richer than her, there are some names in American showbiz, such as Kanye West, who has a fortune valued at US$ 2 billion, Steven Spielberg (US$ 3.7 billion) and Oprah Winfrey (US$ 2.6 billion).

According to Forbes Mexico, as of September 2021, Anitta was the richest singer in Brazil, with a net worth valued at at least $100 million.

Videogames entered his life in the late '80s, at the time of the first meeting with Super Mario Bros, and even today they make it a permanent part, after almost 30 years. Pros and defects: he manages to finish Super Mario Bros in less than 5 minutes but he has never finished Final Fight with a credit ... he's still trying.
Previous new African flame, 10 ° C above average for at least a week »ILMETEO.it
Next Zoe Saldana greets Nichelle Nichols, “it made me feel safe”