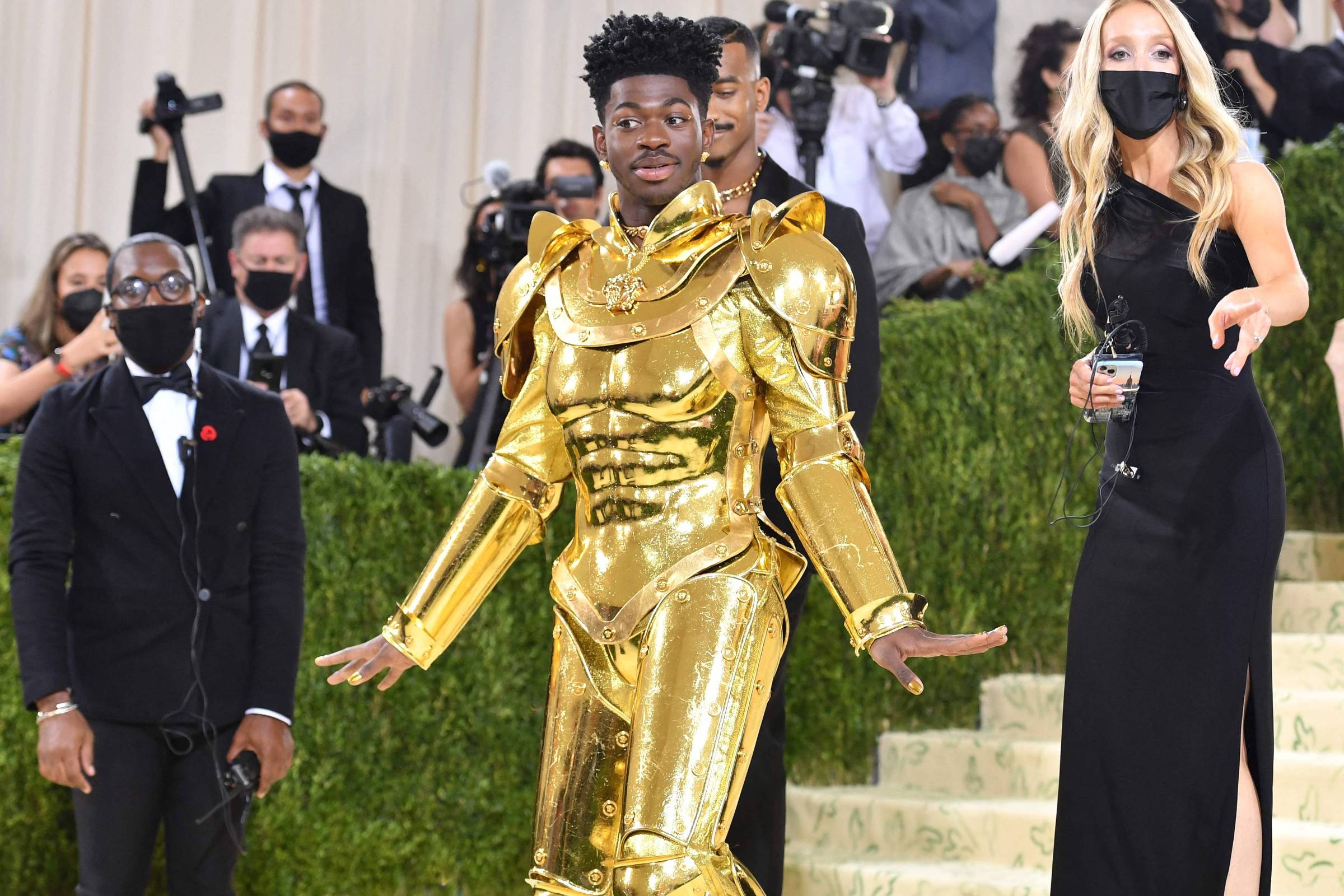 It’s one of the hottest events on the planet – the worlds of celebrities and fashion meet this Monday night for the gala at the Metropolitan Museum in New York, an extravagant parade of stars for a philanthropic night, after two scheduled editions. by the Covid-19 pandemic.

The Met Gala will once again trigger an avalanche of images of stars dressed by major brands, in chic, glamorous, unlikely outfits, or bearing political messages, on the steps of the Metropolitan Museum of Art.

“Dress code 2022” from this party that is among the most selective on the planet? “Gilded glamour”, words that refer to the “golden age”, the American golden age of the late 19th century.

For the 2021 edition, moved to September because of the pandemic — after a total cancellation in 2020 — the event was marked by the American singer Billie Eilish, transformed into Marylin Monroe with platinum blonde hair and an Oscar de la Renta train in color. peach.

The muse of the American left, Alexandria Ocasio-Cortez, also caused a sensation with her ivory dress, designed by New York designer Aurora James, crossed out with red letters to form the words “tax the rich”, or tax the rich, in capital letters.

In the American philanthropic tradition, the event, which takes place on the first Monday in May, is intended to fund the fashion department of the Metropolitan Museum —The Costume Institute— and coincides with its major annual exhibition, presented in the morning to the press in the presence of the United States First Lady Jill Biden.

To have a chance to toast with artists like Beyoncé, Justin Bieber, or Lil Nas X, poet Amanda Gorman, influencer Emma Chamberlain, the Williams sisters, Sharon Stone, or even Elon Musk, you need an invitation validated by the high priestess of the world. event, Vogue’s powerful editor-in-chief Anna Wintour.

A formality for Rihanna, whose fans are hoping for an appearance with the belly of a mother-to-be.

The event comes at a time when journalists and editors from Vogue and other Condé Nast group vehicles —GQ, Vanity Fair, Glamour, et cetera— launch a movement to create a union, remembered on social media with a cover pastiche. from Vogue —”Met Gala 2022, Longest Night on the Job”.

On the steps leading up to the event, all oddities are possible.

In 2019, singer and actor Billy Porter appeared as the sun god, spreading golden wings and carried by men with muscular torsos.

But who will match Lady Gaga and her striptease that started with a big fuchsia dress and ended in black lingerie?

Created in 1948, the gala was for a long time reserved for the high society of New York, but Anna Wintour, who took over the party in 1995, turned it into an event adapted to the age of social media.

This year, the honorary co-chairmanship was offered to Instagram boss Adam Mosseri alongside Anna Wintour and fashion designer Tom Ford.

The evening itself is co-chaired by an all-star quartet, actor couple Blake Lively and Ryan Reynolds, Oscar-winning actress Regina King, and comedian and musician Lin-Manuel Miranda, creator of the Broadway hit “Hamilton” and author of several songs at Disney.

Videogames entered his life in the late '80s, at the time of the first meeting with Super Mario Bros, and even today they make it a permanent part, after almost 30 years. Pros and defects: he manages to finish Super Mario Bros in less than 5 minutes but he has never finished Final Fight with a credit ... he's still trying.
Previous fans and brands wish him well on social media
Next Justin Lin left the director because of Vin Diesel!