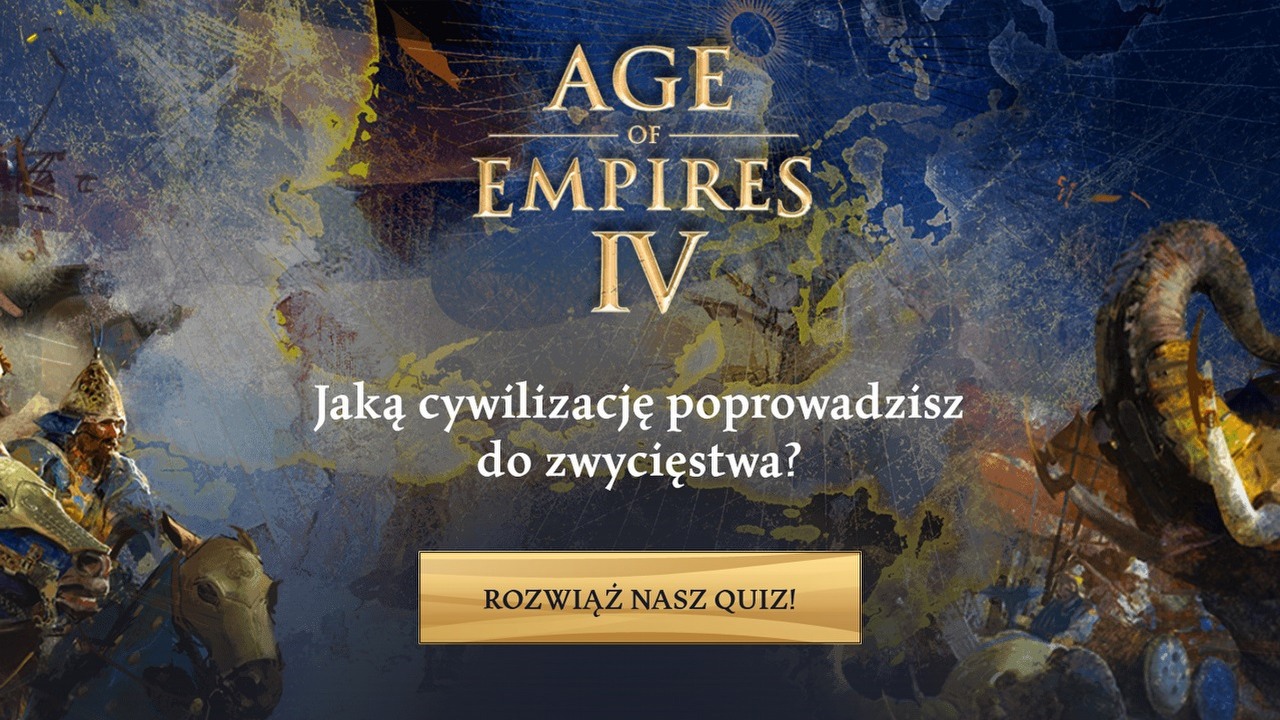 It’s been a while since the premiere of the latest installment of the recognized series of strategy games Age of Empires, but this does not mean that Microsoft, responsible for the release of the game, has no more attractions for you related to this title! From today you have the opportunity to take part in the quiz, thanks to which you will find out which faction from Age of Empires IV fits you best. The action is addressed both to players familiar with the production, who want to check whether their choice in the game coincides with what the quiz suggests, and to new users who are just wondering which faction to play in the first place? !

You can find the quiz at the following address:

By answering eight prepared questions, you will find out what kind of a commander you are and which civilization from Age of Empires 4 you have to play. What are you waiting for? Find out which faction is written for you!

If you have not had the opportunity to test yourself in the new part so far Age of Empiresthen don’t forget that the game is available in the Xbox Game Pass service. In addition, the developers have recently announced plans to develop their production, under which the game will include, among others, the first season of ranking matches. If you are curious what about Age of Empires 4 one of our authors judges, so check the review we published!

The message was created in cooperation with Microsoft.

Fan of video games and new technologies, I am editor in this environment for several years already. I like to share my passion through news, tests and other files. I also love wrestling and Marvel Comics.
Previous Gigabyte confirms the existence of as many as three new graphics cards
Next Mercedes and Lewis Hamilton don’t play fair? Serious accusations