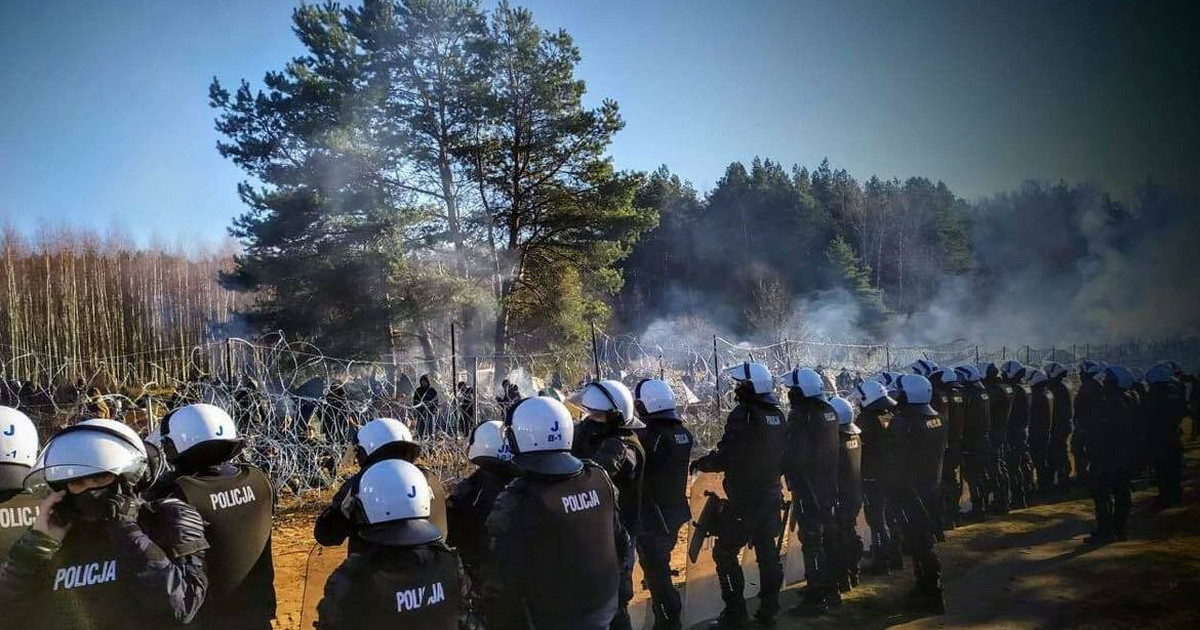 firefighters collect gifts for soldiers and officers at the border

According to the spokesman for the coordinator of special services, Stanisław Żaryn, on Monday there was the largest attempt to date by force to enter Poland by force.

The provocation planned by the Belarusian services, which led to the storming of a group of several thousand migrants on the Polish border, has been speculated for several days. As a precautionary measure, the government drew additional forces to Kuźnica – hundreds of soldiers, Border Guard and police officers who prevented the migrants from crossing the border zone.

They showed what the center of Minsk looks like now. What is the Belarusian regime preparing for? See the recording

Russian services are at the border? Deputy head of the Ministry of Interior and Administration: We expect a provocation

The crisis on the Polish-Belarusian border. NATO ready for action in Poland

Collection of cakes and sweets for soldiers

Now local firefighters want to show their gratitude to the officers. Volunteers from the Volunteer Fire Department Kuźnica organize a collection of sweets and cakes for people who guard our border.

– The guards were called by residents of Kuźnica and the surrounding towns, asking how they can help soldiers, Border Guard and police officers. They offered to bake a cake and buy sweets – explained Gilewski. – On the Independence Day, which is also a celebration of soldiers and officers of the Border Guard and the police, we all want to thank them especially for their service at the border – he added.

He emphasized that although Kuźnica is located in the zone of emergency, and someone from outside the zone would like to come with gifts for soldiers, he can make an appointment by phone with firefighters, and they will collect gifts from such a person on the border of the zone.

The situation on the Polish-Belarusian border

For several months, the number of attempts to illegally cross the border of Belarus with Lithuania, Latvia and Poland by migrants from the Middle East, Africa and other regions has increased sharply. The EU and its member states emphatically indicate that this is the result of deliberate actions by Belarus in response to the sanctions imposed on the Lukashenka regime.

From the beginning of the year, the Border Guard recorded over 30,000. attempts to illegally cross the Polish-Belarusian border. From September 2, due to the migratory pressure in 183 localities in the voivodeship Podlaskie and Lubelskie, adjacent to the border with Belarus, a state of emergency is in force.

Videogames entered his life in the late '80s, at the time of the first meeting with Super Mario Bros, and even today they make it a permanent part, after almost 30 years. Pros and defects: he manages to finish Super Mario Bros in less than 5 minutes but he has never finished Final Fight with a credit ... he's still trying.
Previous NHL responds to complaints from the “hotline”. The director of Ducks resigned. He will be undergoing treatment
Next Xavi’s main transfer target. The Spanish media reveals the names of two soccer players