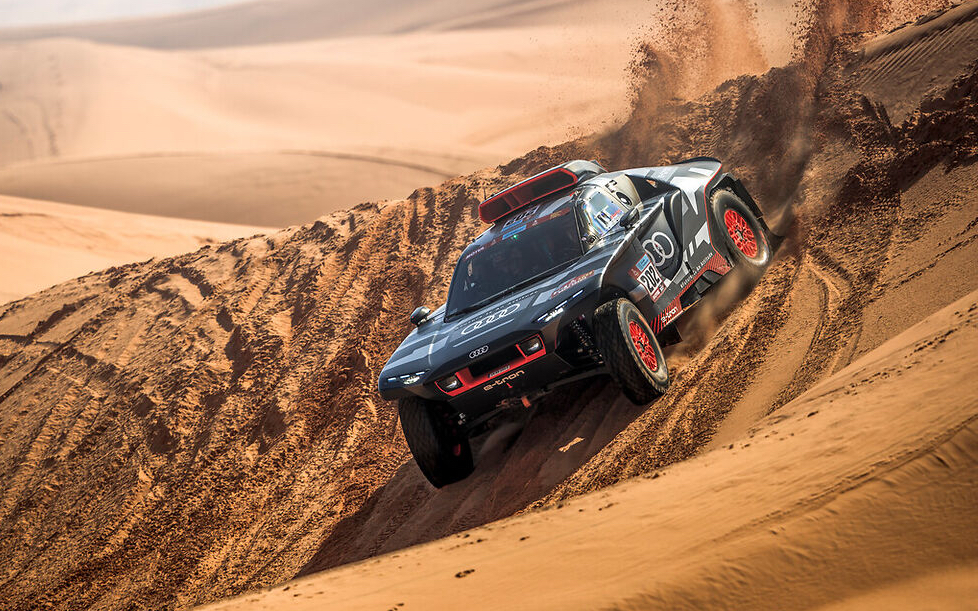 First victory for Carlos Sainz and Audi. Jakub Przygoński with a slight loss

Thanks to Dakar, Audi returned to rallies and on Tuesday was able to enjoy the first stage victory. The fastest on the route turned out to be Carlos Sainz, who had a small jubilee himself. Jakub Przygoński finished in addition to the top ten.

So far, Audi has not been able to count as a successful return to the great world of motorsport. Carlos Sainz got lost on the route at the beginning of the Dakar Rally and lost more than two hours, and Stephane Peterhansel damaged the RS Q e-tron and suffered considerable time losses. All this meant that Nasser Al-Attiyah built a safe advantage over the most dangerous rivals.

On Tuesday, however, Sainz proved that the new Audi design can be off-road fast. The experienced Spaniard, with three victories in Dakar, won the first stage victory for the German brand. It was also the 40th stage won by Sainz in Dakar, so the Madrid driver had cause for celebration himself.

In the general classification of the event, Al-Attiyah’s situation is quite comfortable. On Tuesday, Qatar achieved the eighth time, but turned out to be faster than his direct rivals. It fared poorly, among others Sebastien Loeb, who was only 38th and over 33 minutes behind Sainz.

As a result, Al-Attiyah now has 37 minutes and 40 seconds of advantage over the second Loeb.

Jakub Przygoński was classified 13th at the finish line of the third stage. The Orlen Team driver was slower than the winner by 12 minutes and 36 seconds. In the “general classification”, the Pole is ninth.

David Martin is the lead editor for Spark Chronicles. David has been working as a freelance journalist.
Previous A fierce rematch from Victoria Azarenka. Another surprise in Adelaide
Next Anna Lewandowska watched the game with her daughters in the Maldives. Laura’s reaction? Affectionate