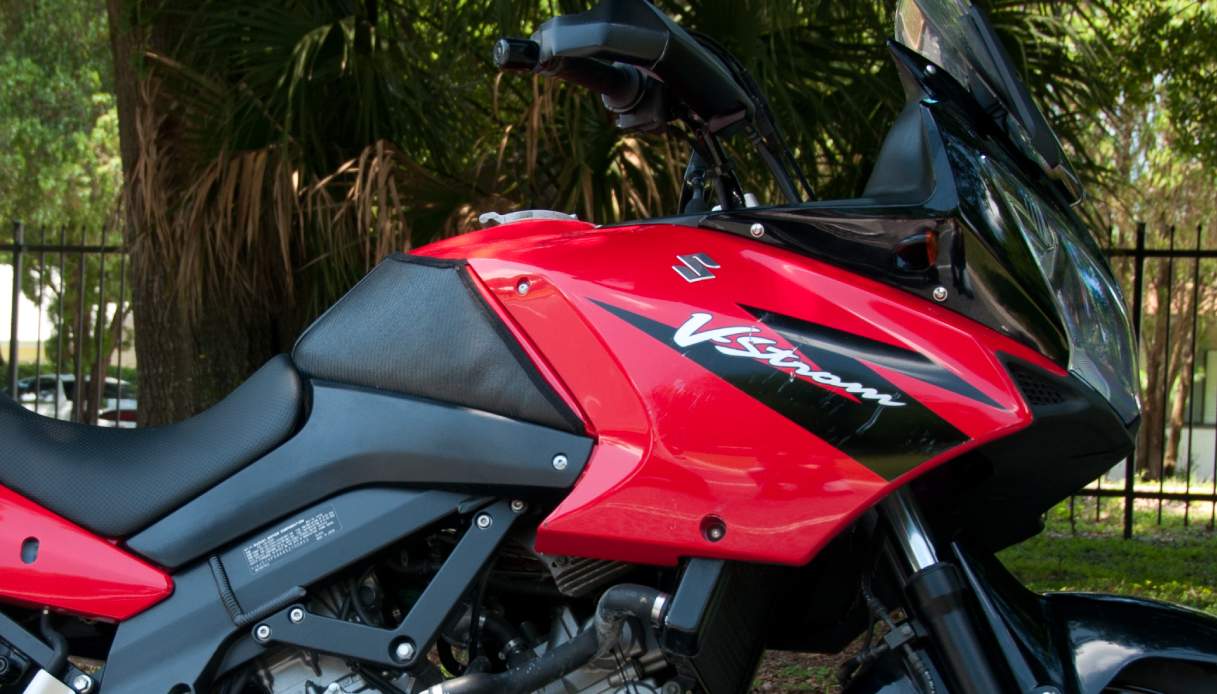 The winter season is approaching and for many motorcyclists the time has come to make choices: park their motorcycle in the garage with all the precautions for the months in which it will remain stationary in the heat, or take it to the dealership to sell it and change model. In the second case the second-hand market it is enriched with pearls which, it is not clear how, returning to the salons become a golden business. You can indeed find excellent bargains and one of the segments more interesting is certainly that of touring and sport tourers. We have selected some models that can be found in the window or on the websites and which, for half the cost, still have a lot to offer to the lucky ones who will take them home. 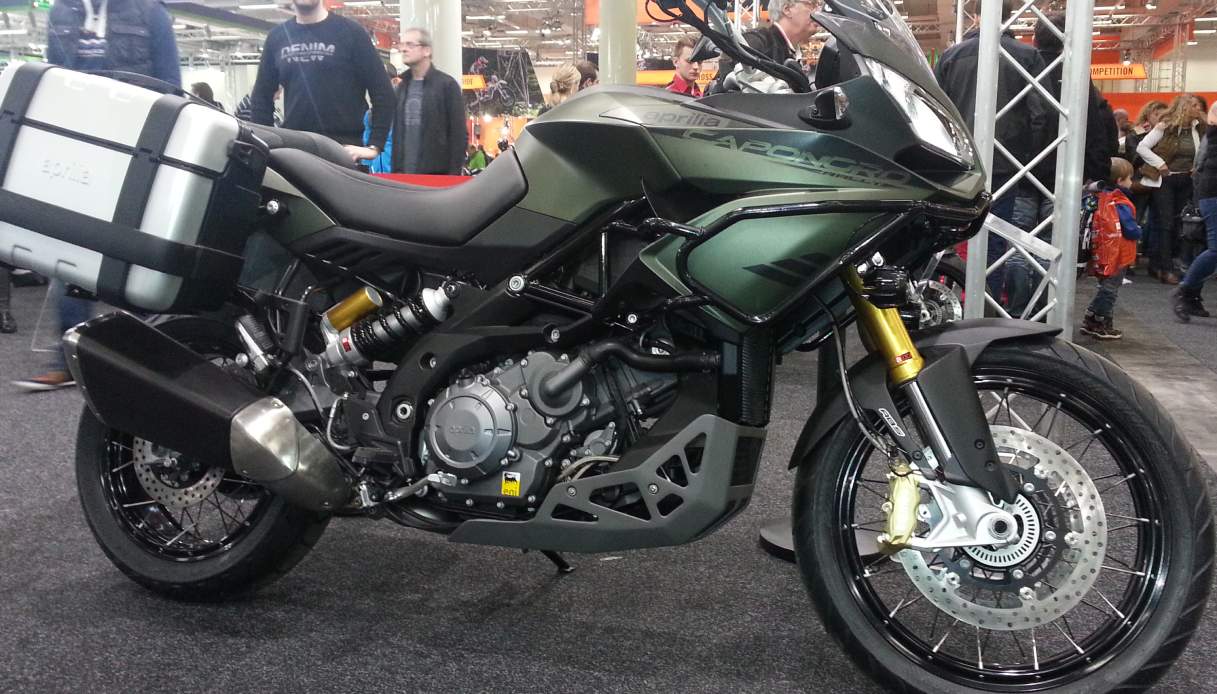 Suitable for long-range tourism, it was the bike that inaugurated the crossover segment in 2001. In 2013, the Rally of the Aprilia Caponord 1200, he interpreted the more adventurous version with dedicated accessories such as aluminum bags, tubular protections for engine and frame, 19 ”spoked front wheel and additional LED headlights.

The intent was to catch up with the adventure segment of competing manufacturers such as BMW, Triumph, Suzuki and KTM. The 90 ° V-twin was always the 1,197 of the basic version with 125 Hp, which were delivered more smoothly to improve driving and comfort by virtue of long journeys if the touring mapping was used. For the more experienced there is the sport, while the rain is suitable for regulating all the responses of the engine in case of rain. Out of the price list in favor of the new one with four cylinders, it can be purchased at a price of 8,050 euros which rises up to 9,150 for a 2015 version. 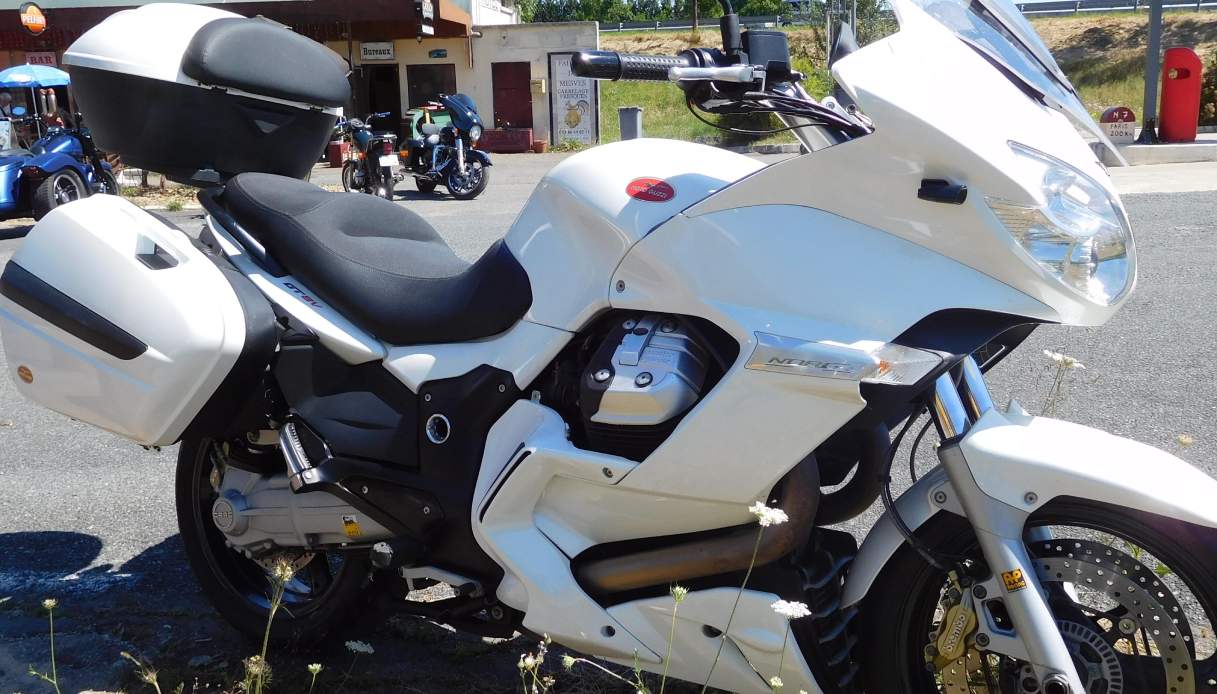 If North Cape is in Norway, there is nothing more impressive than going there with one Moto Guzzi Norge 1200 GT 8 V ABS. When the 2011 series came out, it was the Gran Turismo from Mandello Lario and brought as a novelty the 1,151 cc V-twin, which it shared with the Griso and Stelvio models of the time and with four valves per cylinder, it was more powerful than the previous version. Aesthetically refined, the half fairings were for the first time integrated into the tank and fitted with an electrically adjustable windscreen.

Ciclistically it offers a good compromise between sporty and touring driving, but it also thought about safety with ABS which was standard in support of two 320 mm front brake discs. It was equipped with heated grips, panniers, center stand and on-board computer as standard. It was among the most expensive in the segment, but today it can be found used in excellent condition at a price that varies between 6,300 and 5,250 for a 2012 piece. 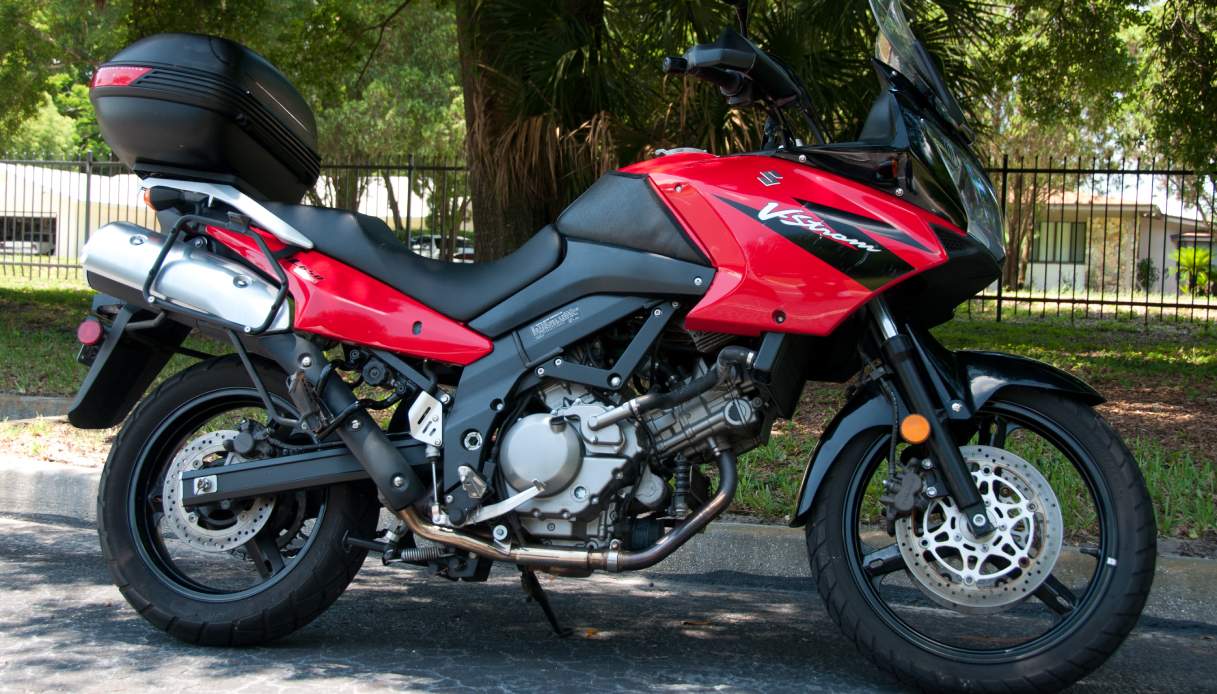 For the house of Hamamatsu, the ideal for traveling has for years been a historical compromise between tourism and road enduro. To summarize the concept, the Suzuki V-Strom DL 650 was created, capable of getting by in any situation. The goal of a total motorcycle was not the main cause of the project, but it has become one seeing how since its release it has found the consent of travelers who were looking for a comfortable and at the same time sporty and fun driving. The duo strong point was the ease of use thanks to a V-twin as full-bodied as it is elastic, which allows you to forget about the gearbox for a while.

For these characteristics it is a bike that is suitable for everyday life and over the years it has also been appreciated in traffic, precisely because it adapts to all surfaces, such as cobblestones or bumps. Being able to customize it, many accessories have been created for the V-Strom that make it the perfect bike for each different user. With alone, so to speak 68 HP, it is the ideal bike to enjoy the stress-free journey even through the mountain bends, where it becomes as intuitive as a motard. Among the best in terms of value for money when it came out, it is one of the cheapest deals on the used market and with a variable figure between 2,650 and 3,150, you can buy a 2012 motorcycle. 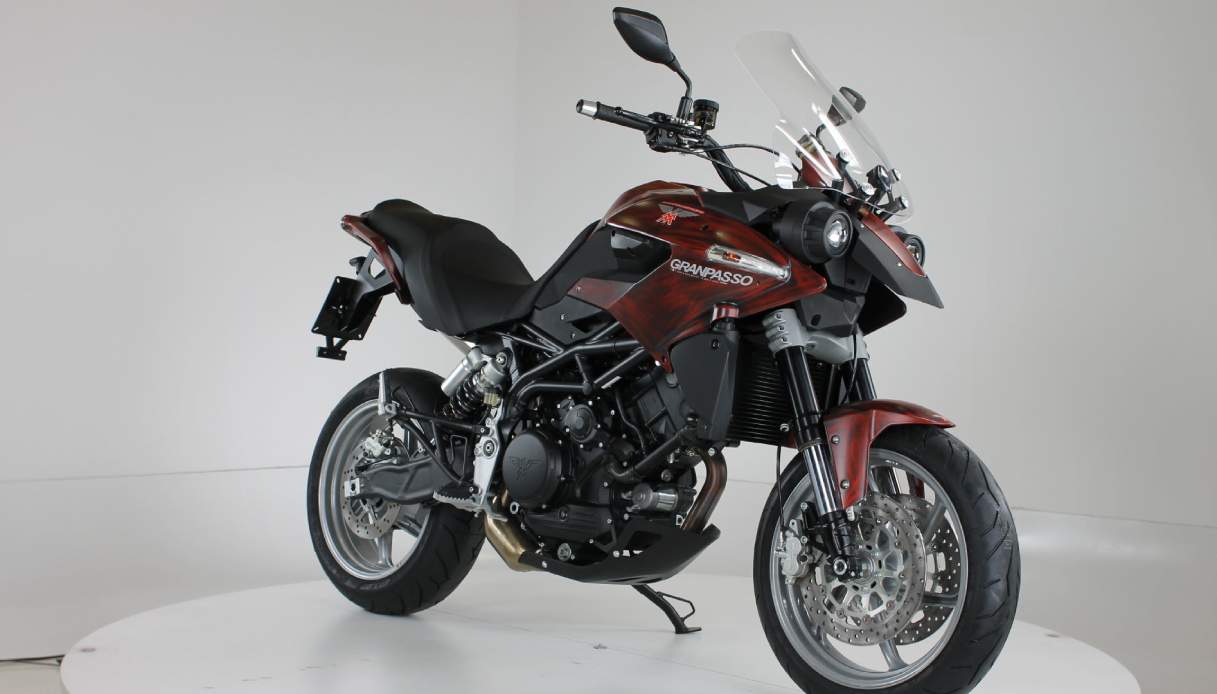 In the face of relative commercial success, Moto Morini Granpasso was the crossover of the Bolognese brand which has relaunched its comeback in a big way. With anything but sweet lines, this twin-cylinder with a trellis frame presented in 2008 was the exact essence of touring and off-roading. A tourism as fast and agile as the chassis in support of the powerful 1,187 cc V-twin with 118 HP. Being a sports car of its kind, the Granpasso might have seemed difficult and uncomfortable, but thanks to the right settings and a good compromise between brakes, suspension, spoked wheels and anti-skip clutch, it was comfortable and easy to drive.

Aggressive like the whole Morini range, at low revs the engine tore with energy. The beauty of this bike is that if you don’t like it for the design and the too spartan lines, if you buy it today, now out of the price list for ten years, you risk bringing home an original piece that could become a great cult for lovers of the type. . Used in 2012 you can pay a figure between 5,100 and 4,350 euros. 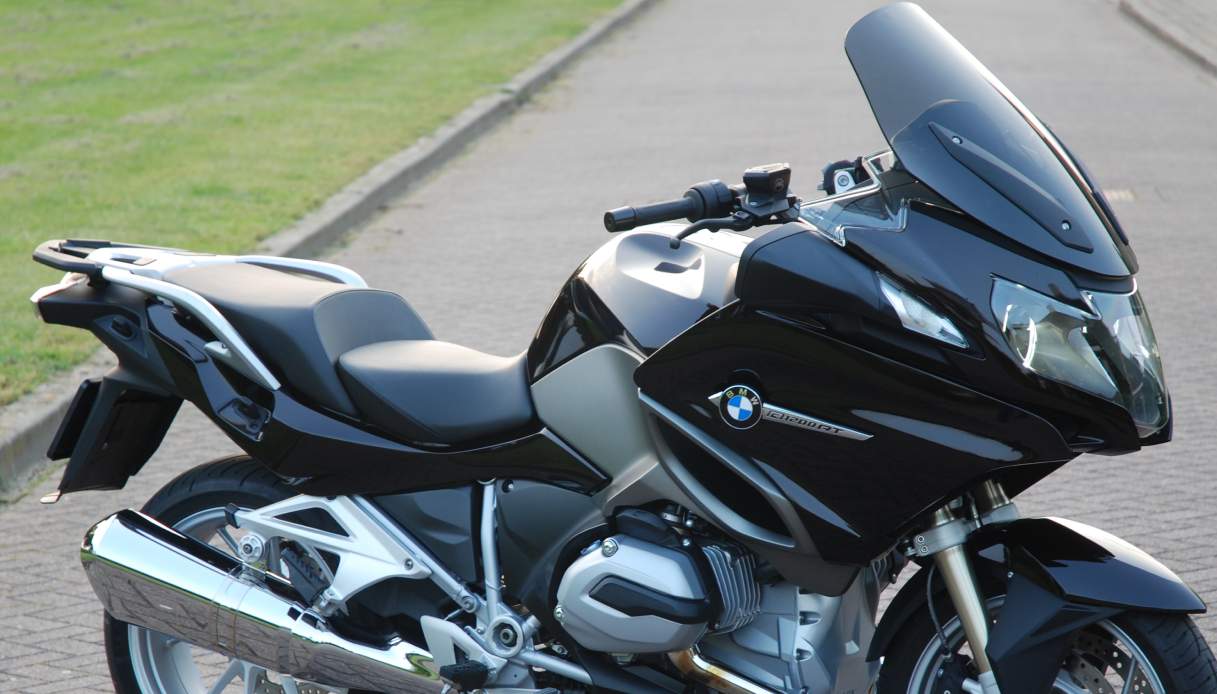 The last, but not the least, the 2011 BMW R1200 RT ABS deserves the end of this article. This bike, which today is new and continuously renewed, is defined by experts as the best touring car on the market. Rich, accurate and detailed beyond belief, in 2011 it was the flagship of the Bavarian house that had embellished the model with high-level technology and equipment.

From the simple radio to the on-board computer, every device was designed and produced to be the travel bike par excellence. The electrically adjustable windshield is able to defend against the rain and the hull provides exceptional protection even from headwinds. Designed to cut through the air, you don’t even get your feet wet.

What continues to conquer an RT is certainly the legendary twin-cylinder boxer, emblem of BMW Motorrad, which with the displacement of 1,170 by 108 HP is able to travel on high mids, without tiring the driver. The biggest flaw of the RT is just the limit of the pilot. A model between 2012 and 2014 can cost between 5,700 and 7,550 euros.

The variety offered by video games never ceases to amaze him. He loves OutRun's drifting as well as the contemplative walks of Dear Esther. Immersing himself in other worlds is an incomparable feeling for him: he understood it by playing for the first time in Shenmue.
Previous Bulgari and Zendaya, high jewelry from the dream to the red carpet: here is the magic revealed
Next Juventus, everything we know (so far) about the investigation: who is involved, accusations and risks. And those remarks by Deloitte at the latest balance sheet