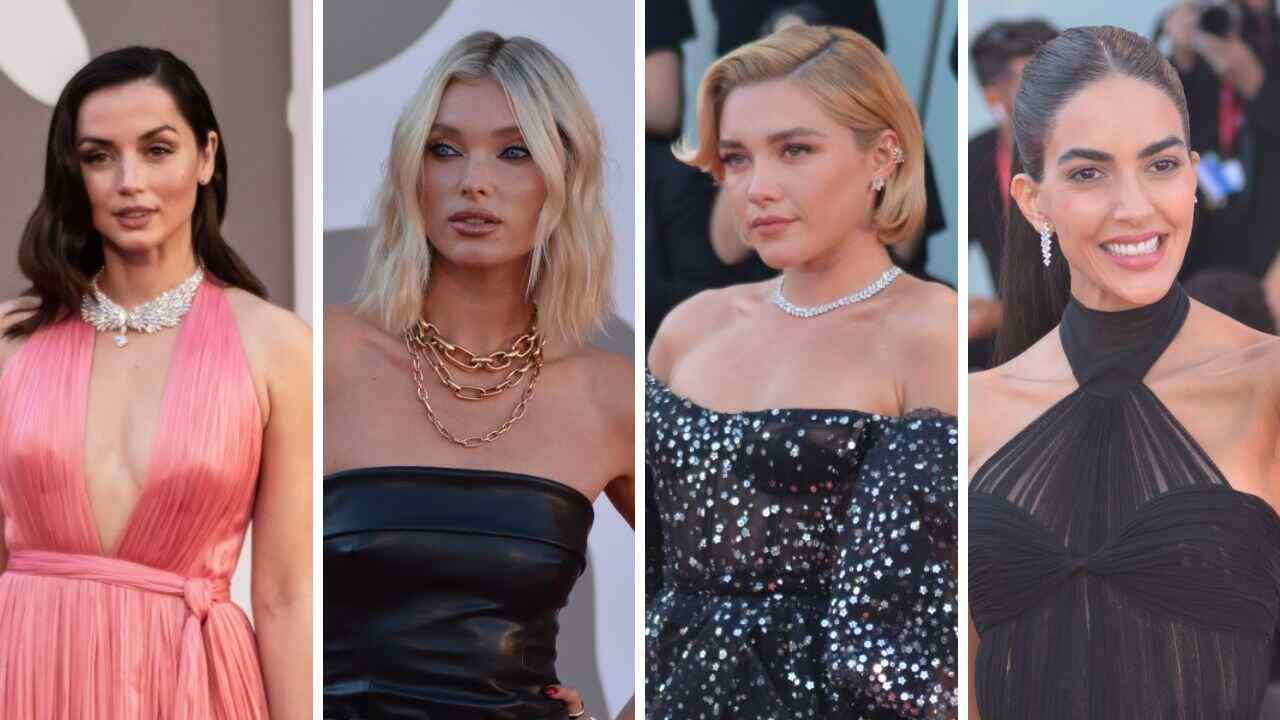 An eventful edition, the 79th edition of the Venice Film Festival. In addition to the films in the competition and the glamorous fashion shows on the red carpet, the guest stars of the event were able to trace and launch trends also on the beauty side like Ana de Armas in her retro charm.

Even if the Venice Film Festival 2022 has now come to an end, i beauty look stars continue to grab attention. Some have been able to point to some evergreen trends who have made their look red carpet proof. Others, on the other hand, wanted to dare, play, provoke, succeeding in their intent. This year in the Lagoon actresses, models and influencers did not want to give up the glamorous gem, perhaps because cinema has finally begun to breathe again after two years severely marked by the pandemic.

The godmother of this edition Rocío Muñoz Morales he carefully looked after his beauty look, often opting for minimalist and soft make-up giving more prominence to the dresses on the red carpet. Also beautiful are the hairstyles that set trends like the ponytail very smooth. Bob cut passion also in Venice 2022 as demonstrated Elsa Hosk with a bright platinum blonde and light waves that accompany a graphic eyeliner that makes the look even more magnetic. As well as the retro micro bob cut of Florence Pugh.

Venice 2022, the most beautiful beauty looks of this edition

A triumph also of beauty for Taylor Russellon the red carpet of the Venice Film Festival 2022 with a micro bob cut with a wavy tuft reminiscent of the old Hollywood influence. On the make-up side, the actress chose glossy lips and bright eyeshadow to contrast the total black of her dress. Ana de Armas follows the example with a retro hair look with caramel reflections and minimal make-up, whose pink tones recall the long pleated dress. Valentina Corvino relaunch the charm of matchy matchy make-up, with graphic eyeliner and cherry red lips. The real gem is the wet look loved by the stars in Venice 2022.

Vanessa Kirby relaunch the trend of upward brushed brows, ultra definitive lashes and red lips. Margherita Mazzucco opt for a neat and voluminous chignon, while Monica Bellucci emphasizes classic beauty with a slightly wavy crease and glow effect make-up. Also Natasha Poly fully approves the wet look with honey hair with dark roots that stand out with the tuft pulled to the side.

Leonie Hanne captures Venice 2022 in its beauty network by proposing a rainbow make-up that plays with pastel shades, the great trend of 2022, and that recalls the liveliness of the dress. Tessa Thompson has enriched this edition in the Lagoon with many glamorous ideas, some more colorful than others: it is impossible to forget her XXL braid as well as the sculptural chignon. Staying on the subject of braids, too Giulia De Lellis he got the charm by proposing it on the red carpet.

The most glamorous beauty looks of the 79th edition

Sadie Sink has given great satisfaction to her fans by treading the red carpet of the Venice Film Festival with long wavy auburn hair that wraps around the shoulders and accompanies the silhouette, great protagonists of her beauty look. Opposite pole for Stella Maxwellwho opted for a stiff chignon enlivened by a velvet bow.

Among the most glamorous fringes of this edition, the one proposed by Annalisa. The singer hasn’t given up on a graceful cat-eye that lengthens her gaze. The most popular red carpet hairstyle remains the chignon, but declined under different stylistic tastes. Irina Shaykfor example, he proposed a micro and stiff crop with the support of the wet look. Magda Swider instead he played on the volume with a maxi chignon and Elodie sits in the middle, with a tall, elegant bun.

Paola Turani she walked the red carpet of this edition of Venice three times: the last one saw her playing with pastel shades also on the make-up side, but the first red carpet is for us the most glamorous of all. Long wavy hair, light wet effect at the roots and make-up emphasized above all by the bold look.

Cate Blanchett helped to raise the fashion level of this edition, also thanks to the first look shown on the red carpet. And while the flower-studded jumpsuit suit has already conquered fashion addicts by itself, on the beauty side the actress has revalued the charm of the choppy bob. Also precious is the enchanted beauty look of Barbara Palvin with floral headband.

David Martin is the lead editor for Spark Chronicles. David has been working as a freelance journalist.
Previous Boldrini crashes into Meloni again
Next State of Play: All PS4 and PS5 games and trailers shown by Sony on September 14, 2022