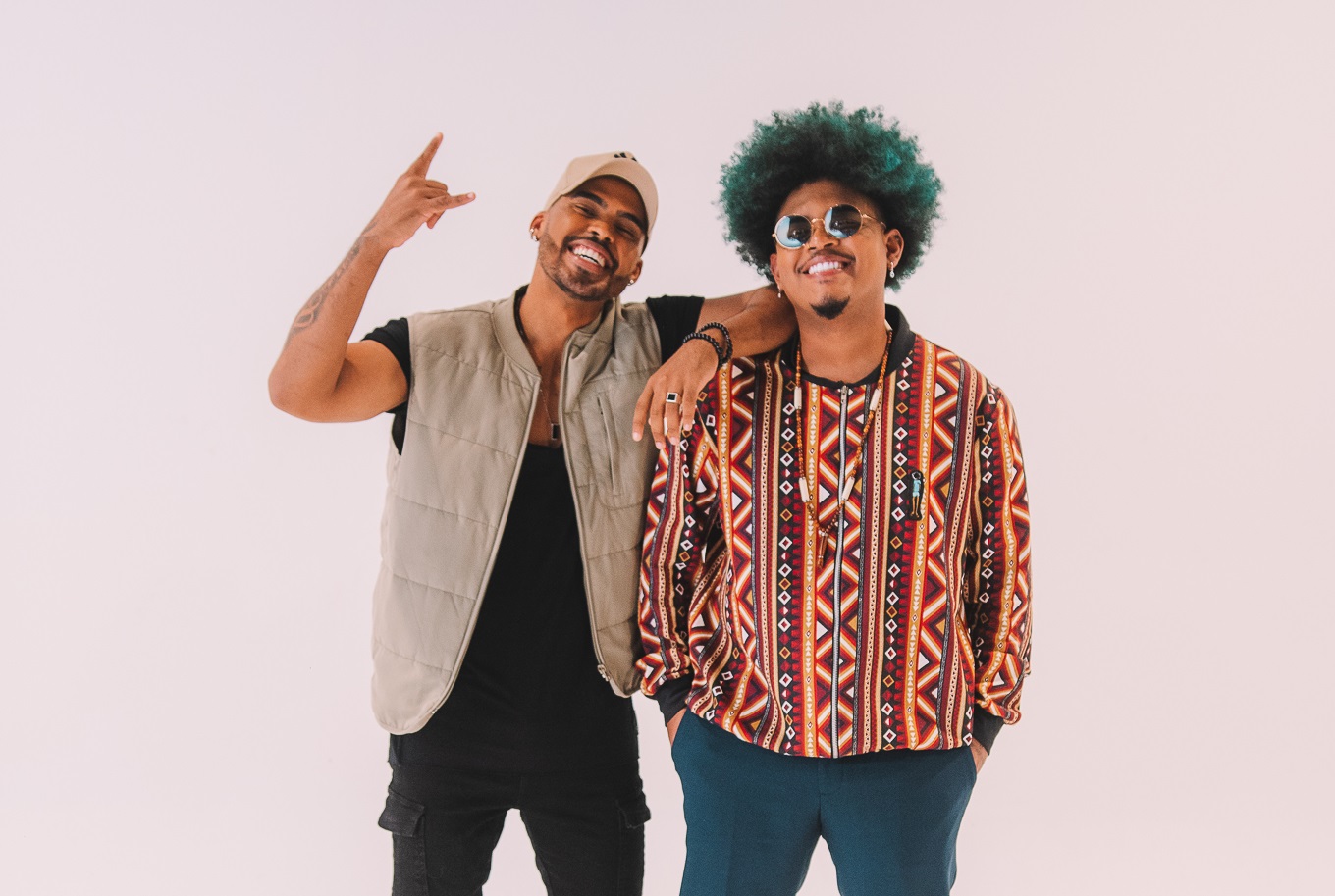 Lucas and Orelha, from Bahia, after winning TV Globo’s Superstar in 2015, and managing to stay on top during the pandemic, with the publications of mashups on social networks, they released the first DVD of their career, “Lucas & Orelha Ao Vivo”, this Friday (12). You mashupsa composition created from the mixture of two or more pre-existing songs, became a trademark of the duo during the period of social isolation.

Sponsored by the singer Thiaguinho, the duo, who met in high school, started to flirt with the pagode, but the DVD also travels through R&B and pop. According to them, with the aim of influencing young black and peripheral artists. “With our music, we want to convey love, joy, revolution, freedom and make other young black people see themselves in us”says Lucas.

Lucas, the most “talked” of the duo, as they say, remembers that black artists go through complicated situations at all times that undermine energy and inspiration. “I think that for us, who are black, there is no moment of rest, every moment is a moment of ordeal. A moment of neglect with our music and color, so resting was never an option.”analyze.

The two, who were backing vocals of other artists, they say that the inspirations are diverse, but, in the case of Orelha, he does not specify just one. “I have a few references, I like a lot of things, I can’t define a main reference”, reveals. His musical partner goes further and makes a salad of rhythms when it comes to references. “I have some musical inspirations like Chris Brown, Bryson Tiller, Tray Songz, Thiaguinho, Emicida, among others”, says Lucas.

Difficulties even with visibility

If it is difficult for artists who have visibility, as is the case of the duo, imagine for the peripherals who do not have the same media. Both comment that SuperEstar opened some doors, but even so, for black artists, the phonographic market is somewhat closed. “It is not new to say how complicated the market can be for black artists, we went through several things, several closed doors, even winning a program on national television. But I say again that we keep doing our job and inspiring other young black people to follow their dreams, giving up will never be an option”says Ear.

Also read: A Milton Nascimento from the outskirts of Rio: Tiago Barbosa debuts this month as “Bituca”

For Lucas, even with the doors opened by the program, the difficulties continued for the duo, but they always had their feet on the ground and the desire to grow. “Superstar opened many doors for us, made our name known in Brazil, but we still have difficulties. As much as they know who we are, understand our potential, know the delivery of our work, see and applaud our numbers on the platforms, some doors still remain closed. Sometimes it makes you want to step in and say ‘we’re here, look!’”says Lucas.

They also remember that their dream has always been to make a living from music and Superstar has given a boost to their career, combined with other projects of the duo. “There have to be ‘now go’ several times, you know? We have a mission here on this earth and we need to show our people that we are amazing and unstoppable”ends.

Videogames entered his life in the late '80s, at the time of the first meeting with Super Mario Bros, and even today they make it a permanent part, after almost 30 years. Pros and defects: he manages to finish Super Mario Bros in less than 5 minutes but he has never finished Final Fight with a credit ... he's still trying.
Previous “Never take away the welcome from violent migrants”: the crazy EU ruling
Next Biennale Cinema 2022 | Walter Hill receives the Cartier Glory to the Filmmaker 2022 award