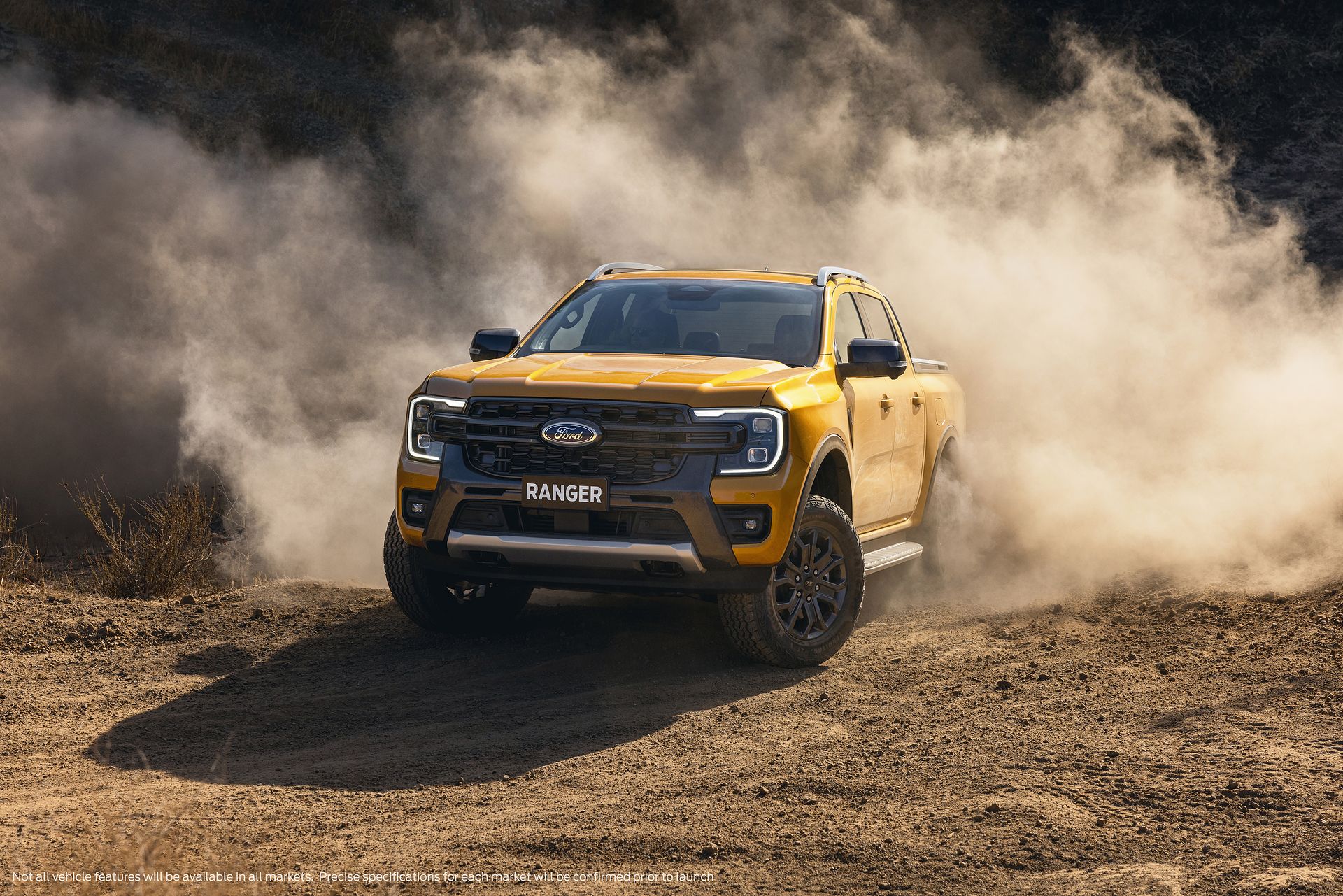 Ford unveiled the new Ranger. It looks like a smaller F-150 and has a V6 under the hood

Ford Ranger was responsible in Europe for 40 percent. sales, and in Poland this percentage was even greater. This means that the manufacturer had a really hard job to do, working on a worthy successor. The new Ranger is much more massive than its predecessoras evidenced by the numbers.

50 mm extension of the wheelbase by moving the front axle closer to the bumper, it is expected to improve the angle of attack and at the same time enhance the off-road characteristics. The question is how this will work out in practice, as it would mean that the ramp angle has deteriorated. In addition, the track width, and thus also the width of the load box, also increased by 50 mmwhich is to increase the transport capacity.

When it comes to looks, the new Ranger is definitely there stylistically came close to the larger and not offered in Europe F-150. It is distinguished by a large, vertical grill, C-shaped LED daytime running lights and massive fenders. Also new are the optional matrix LED headlights.

Good news is also waiting for lovers of larger engines. In addition to the 2-liter diesel with single and double turbo, it will also serve as a drive 3 liter supercharged V6 diesel. However, the exact parameters have not yet been revealed. Ford also writes in the press release that “the design of the front of the Ranger provides more space in the engine compartment (…) and is ready for the possible adoption of other propulsion technologies in the future,” which would suggest that in the coming years, we can also expect a hybrid here.

Ranger will be offering two 4-wheel drive systems – with electronic attachment of the front axle and an advanced system with “set it and forget” mode, which according to the manufacturer was designed “to ensure high efficiency in demanding situations”.

Ford focused not only on better off-road capabilities, but also on comfortable asphalt travel. Additional comfort while driving is also to be ensured by e.g. new mounting point for rear shock absorbers.

The interior is also completely new. We’ll find it here now vertical multimedia screenthat can be 10.1 or 12 inches diagonally. Its heart will be the new Ford SYNC 4 system, and in conjunction with the FordPass application it will be possible to remotely lock the door or start the vehicle. There will also be many compartments at the driver’s and passengers’ disposal, including on the top of the dashboard, and in the case of an automatic gearbox, the existing lever will be replaced with a smaller one with the e-shifter lever. When it comes to equipment, there will be a 360-degree camera system or an inductive charger.

More storage compartments and thoughtful solutions are also designed around the load box. For example, the tailgate can be used as worktable with built-in ruler or additional pockets for tools. An additional lighting system will help in unloading in the dark, and it will be possible to control it from the level of the application or the central screen to illuminate the area in zones.

However, we will have to wait a little longer for the new Ford Ranger. Orders will only start at end of 2022, and the first deliveries to customers were scheduled for early 2023

The variety offered by video games never ceases to amaze him. He loves OutRun's drifting as well as the contemplative walks of Dear Esther. Immersing himself in other worlds is an incomparable feeling for him: he understood it by playing for the first time in Shenmue.
Previous Cryptocurrencies were to become more expensive and cheaper
Next Record! Fame MMA celebrates an exorbitant feat. They don’t stop