“Spencer” is definitely a movie that fans of the royal family as well as fans of creativity are waiting for Pablo Larrain. The director has already filmed the life of a famous woman. I’m talking about the movie “Jackie” starring Natalie Portman. Viewers were allowed to move to 1963 and accompany Jackie Kennedy immediately after the assassination and assassination of her husband, President John F. Kennedy. For this role Natalie Portman had a chance for an Oscar, but Emma Stone and her role in the musical “La la land” turned out to be better in the “Best Leading Actress” category. This time, the Chilean director undertook the film adaptation of the story of “the queen of human hearts”. Movie “Spencer” with Kristen Stewart as Princess Diana is set to premiere during Venice Film Festival, which will run from September 1-11. The trailer of the movie has already hit the web, in which we hear for the first time how the stars of “Twilight” speak with a British accent and reproduce the voice of Lady Di.

It didn’t take long to hear the first opinions about the trailer for the movie “Spencer”. On the American website of Den of Geek, a text by David Crow focused on the role of Kristen Stewart. The author noted that the actress can finally prove herself and peel off the “Twilight” star patch.

David Crow stated that the actress faced quite a challenge because she had to live up to the expectations of both critics and viewers. Nevertheless, he stated that he could compete for the most prestigious film awards for the role of Princess Diana. The statement of the American journalist was confirmed by The Guardian. Benjamin Lee felt that Kristen Stewart could easily compete for an Oscar with Lady Gaga for his role in “The House of Gucci” and Nicole Kidman in “Being the Ricardos”. 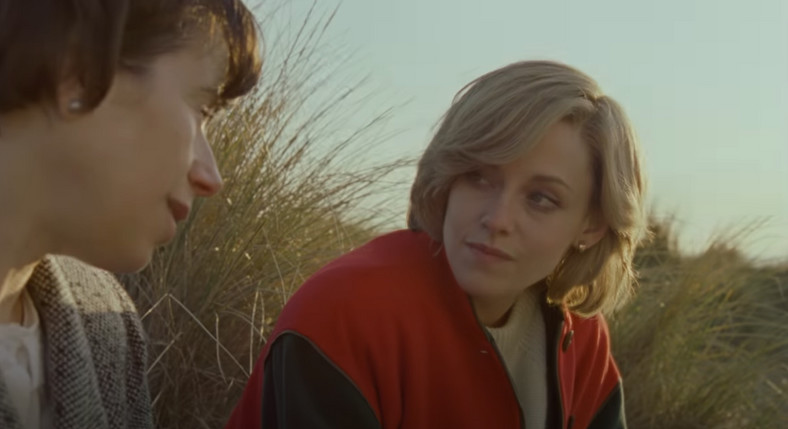 Kristen Stewart on the set of “Spencer”

The Sun mentioned that fans of the royal family were outraged after it was announced who would play Princess Diana. They wrote that the main character should be played by a star of British origin. Kristen Stewart appeared on the show “Jimmy Kimmel Live!” Some time ago, in which she talked about working on the character.

The distributor of the movie Neon Topic Studios also showed a poster for the story about Princess Diana on the web.