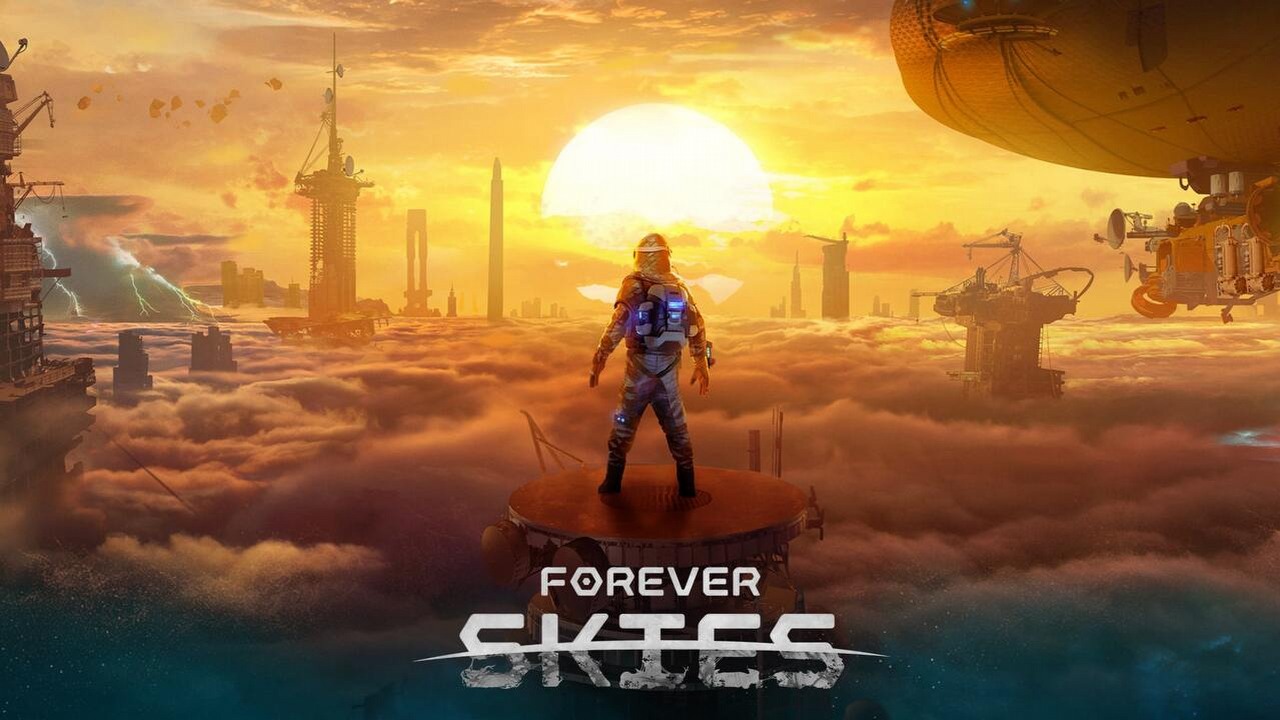 Polish studio Far From Home ?? consisting of industry veterans working in the past ?? incl. in Dying Light and Divinity: Original Sin ?? announced its debut game in the genre of first-person survival, entitled Forever Skies. The player will play the role of a scientist returning to Earth hundreds of years after the ecological catastrophe that completely ruined our planet.

As a result of it, humanity was displaced ?? from the terrestrial ecosystem ?? only a few managed to escape into space ?? and the whole globe has been covered with a layer of toxic dust over which only the tallest buildings dominate. However, the hero did not come here to go sightseeing.

He and other survivors suffer from a mysterious disease. The only chance for a remedy are the strains of viruses located in the zones under the dust layer, which, after an in-depth study, will make it possible to understand the mysterious case.

The title is slated for early access later this year. At startup it will offer a single player only mode, however cooperation for four people is also plannedwhich will be implemented at a later date. The premiere of version 1.0 ?? and thus exiting the Early Access phase ?? is scheduled for 2023.

One world is lost, two new ones appear.

There are many indications that most of the time in Forever Skies we will spend exploring the ruins of civilization towering over the dust. A technologically advanced airship, which is also our base of operations, will help us in this.. On its deck there will be a place, for example, for a research laboratory, a workshop, a greenhouse and a living room. Of course, there will be opportunities for its further expansion and visual modifications.

Airship – the last home on Earth.

As befits a survival production, the key to our success will be gaining resources and satisfying the life needs of the hero, eg hunger. Along with our progress, we will be able to create more and more advanced tools and build clearer constructions. Analysis of found objects and reverse engineering will allow for the reconstruction of forgotten technologies and the development of our own. The exploration of subsequent locations will also allow us to understand what happened in the last ?? days of mankind.

Eventually, however, we will be forced to descend into the dark depths of a toxic cloud. Nature stayed there, and began to create its own twisted creations. Most of them will be hostile towards us. Surviving in this dangerous environment will be a test of the player’s skill and technology.

In most cases, hostile creatures can be bypassed in various ways, however in the end, we will have to fight them directly. The creators admit that films like Martian, Annihilation error ?? IO: The last one on Earth they had a huge impact on the process of creation Forever Skies:

Looking at scientists as “grounded” protagonists who fight against the hostile environment to survive and achieve their intended goals at any cost, fills our minds with creative ideas. We want to give the player the same feeling when Matt Damon ?? as a shipwrecked man on Mars [w filmie Marsjanin  dop. red.] ?? says ?? in these unfavorable circumstances, I have only one thing ?? shawn ?? learn from it! ??.

Unfortunately, the Companion Cube must stay.

The whole thing is powered by the Unreal Engine. ?? the soundtrack is composed by Paweł B³aszczak ?? in the past, he created music for hits like Dead Island or Wied ??min 3: Dziki Gon. Above Forever Skies he has been working for two years the team consisting of slightly more than twenty experienced people. Elements from games that these developers worked on in the past can be seen in Forever Skies almost at every step.

The verticality of the skyscrapers brings to mind Dying Light, a venturing into locations hidden in toxic dust resembles a night full of dangers from the work of Techland. Presenting your story in an environment awakens you associations with Chernobylite.

Modeling in many respects on Subnautice can also be seen with the naked eye. The presence of people working on the native The Medium heralds a unique production atmosphere and a decent storyline. It is worth mentioning that Forever Skies supposedly already offers at least 30 hours of fun.

Let’s face it, Krakow’s smog was also an inspiration.

In the undefined future, the game will also appear on PS5 and Xbox Series X / S consoles. It must be admitted that this is a really interesting title and it will certainly offer many unforgettable views. It’s good to know that there are still artists who ?? instead of rolling out to infinite proven schematics ?? they can run a little in the clouds.

Fan of video games and new technologies, I am editor in this environment for several years already. I like to share my passion through news, tests and other files. I also love wrestling and Marvel Comics.
Previous The dispute over nuclear power plants concerns the future of the Polish energy sector
Next Middle class relief in practice. Sample calculations

Although there is more than a month to the premiere of Gran Turismo 7, we …