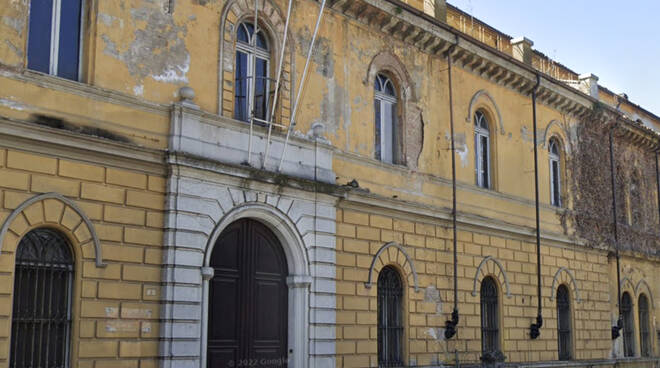 Former military hospital, agreement signed for the concession “It will host the course of Medicine”

Bologna – The nineteenth-century building of what was the first large military hospital of the Kingdom of Italy will be in effect granted in use to the city of Piacenza. IS the official status arrivedwith the signature in recent days by the former minister Lorenzo Guerini to the Memorandum of Understanding between Ministry of Defence, Emilia Romagna region, Municipality and Ausl of Piacenza, University of Parmathat provides for the concession to the Municipality of the building, in use by the Ministry of Defensethrough Difesa Servizi SpA (Company in house to the dicastery).

A fundamental step, which will allow on the one hand to recover an architectural work of extraordinary urban, civic and cultural interest, and on the other to strengthen the institutional synergy with theUniversity of Parmato which the spaces will be allocated – once the works are completed – to host the Master’s Degree Course in Medicine and Surgery in English “Medicine And Surgery “; course activated in the academic year 2021-2022 with the collaboration ofAusl he was born in Municipality of Piacenza and with the support of Region. An institutional cooperation – it is explained – that will preserve the dual use, civil and military, of the compendium of Viale Palmerio: 7,670 square meters of covered area, for a volume of about 80 thousand cubic meters, and an uncovered area of ​​15,500 square meters located in the historic center of Piacenza and decommissioned in 1993. The Protocol provides for a urban redevelopment project and recovery of the existingand therefore no new land consumption, but regeneration and return to the city of a historic building.

“A shared path is realized between the territory, local and national institutions, which I really thank: in particular the former minister Guerinithe former mayor Patrizia Barbierithe rector of the University of Parma, I would gothe Ausl, as well as all those who have made it possible to reach the signing of the agreement – says the president Bonaccini-. We worked together – and we are doing the same now with the mayor Katia Tarasconi – to return this building to the city and the community, making it alive and lived again with an ambitious redevelopment project. A path capable of already looking to the future comes to formal completion, which combines urban redevelopment and investment in knowledge, given that the classrooms of a higher education path such as the university course in Medicine in English will be transferred to these spaces as fundamental as healthcare “.

The building – The Military Hospital of Piacenza is a jewel set in the streets of the historic city center, which hides frescoed ceilings, vaults, majestic white marble stairways, wrought iron railings, a small perfectly preserved church and a garden. The construction of the Military Hospital of Piacenza began in 1865 on the area overlooking the wall and the bastions of the defensive walls of the city, still perfectly preserved and currently guarded in the military area of ​​the North Heavy Maintenance Pole. It has a rectangular shape and has three floors on three sides, while one side has a single floor; the large body of the building has its main side facing the city, and is oriented to the north-east. The Military Hospital ceases its activity and is decommissioned in 1993; it was taken over by the North Heavy Maintenance Pole in 1998.

Videogames entered his life in the late '80s, at the time of the first meeting with Super Mario Bros, and even today they make it a permanent part, after almost 30 years. Pros and defects: he manages to finish Super Mario Bros in less than 5 minutes but he has never finished Final Fight with a credit ... he's still trying.
Previous Emily Ratajkowski’s low rise jeans are cool
Next Mexico GP 2022: Sky and TV8 timetables – Formula 1