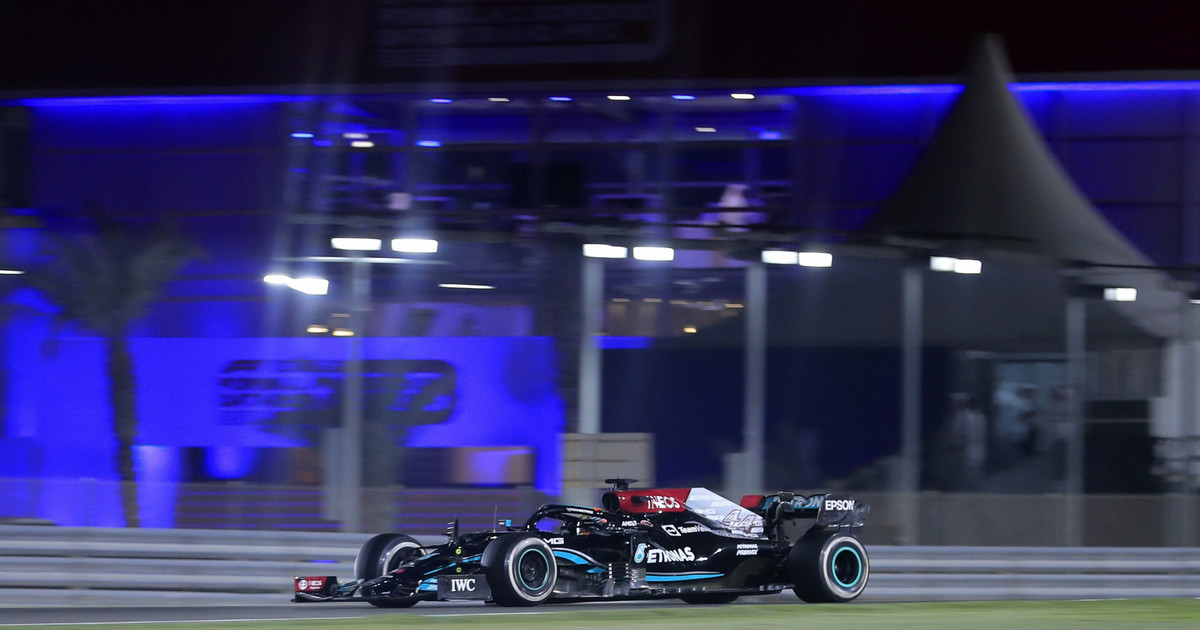 Formula 1. Lewis Hamilton won the Qatar Grand Prix. The fight for the championship is getting more and more interesting

The Formula 1 season is entering its decisive phase, and only two drivers are counting in the fight for the championship – Max Verstappen and Lewis Hamilton. The Dutchman is now the leader and in three races before the end of the season he was 14 points ahead of the Briton, who was the fastest in the qualifying sprint for the Qatar GP and started from pole position. Originally, the Red Bull driver was supposed to start in the front row – he finished second in qualifying, but was moved five places to start Sunday’s race. He was fined for ignoring the double yellow flag during Saturday’s qualifying session.

The start of the race in Qatar was extremely exciting. Max Verstappen started brilliantly and immediately overtook three rivals. He quickly jumped to fourth position and had no intention of slowing down for a moment. Lewis Hamilton, on the other hand, retained the first place and consistently increased his lead. On the other hand, Sebastian Vettel took off the worst. The German started from the 10th position, but recorded a drop by as many as seven positions.

After five laps, the leader of the general classification of Formula 1 overtook the next two rivals and took second place just behind the back of the Mercedes driver. The race was going to be exciting. Perhaps the British himself did not expect that his most dangerous opponent would make up for the loss he had at the beginning of the competition so quickly. Nevertheless, Lewis Hamilton continued to do his part and expanded his lead. After the 10th lap it was five seconds.

The first two definitely left the other drivers. Thanks to that, the fight for the third place became more and more interesting. The candidates for the lowest step on the podium were Alonso, Norris, Perez, Ocon, Bottas and Sainz.

The Dutch driver was the first to enter the pit lane on lap 18. The pit stop was so efficient that Alonso, driving behind Max Verstappen, did not manage to pass him. Mercedes decided to react quickly and a moment later ordered the British to change tires. The mechanics of Lewis Hamilton’s team also wrapped up at a very good pace, thanks to which the defender of the title left with a few seconds advantage over the Dutchman. In the second part of the race, the Red Bull driver consistently and slowly made up for the British leader from the very beginning. After lap 29 he was exactly seven seconds slower. However, Lewis Hamilton seemed to have everything under control. He repelled the Dutchman’s attacks and after some time he was again the fastest driver on the track and increased his advantage. Bottas completed the podium, but on lap 34 he faced a real drama.

The Mercedes driver was the only one from the top who decided not to go down the pit lane. Unfortunately, one of the front tires broke and broke. He got a flat tire and wasted a lot of time. He reached the pit stop but fell to the fourteenth position. His dreams of the podium popped like a soap bubble. To make matters worse, during the 50th lap he left the track and finished the competition. He had some problems with the car.

The end of the race was not so exciting. The Red Bull driver couldn’t find a way to get closer to Lewis Hamilton, who confidently won the Qatar Grand Prix. Thus, the Briton reduced his loss in the general classification of Formula 1. He is currently eight points behind Max Verstappen. The Dutchman finished second on Sunday, with Fernando Alonso completing the podium.

The next race will be held on December 5 in Saudi Arabia.

David Martin is the lead editor for Spark Chronicles. David has been working as a freelance journalist.
Previous Exchange rates 22.11. The zloty is losing. Poor start of the week [kurs dolara, funta, euro, franka]
Next Italy. For the third week in a row, the number of infections has increased. Considered changes to the Super Green Pass