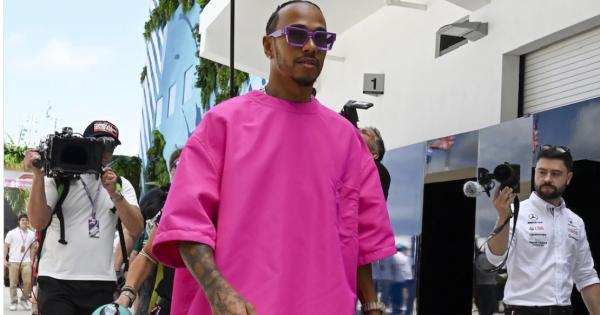 Formula One lands in Miami

Formula 1 has rekindled the interest of luxury brands and VIP guests, especially for the first Miami Grand Prix which was held on Sunday and which saw the Ferraris finish second and third on the podium.

The United States is the country that is most aiming for luxury and the opportunity to have the richest sport at home has sparked the desire to entertain fans of Formula 1 in pure American style, which has turned into a real Coachella : a special racetrack built for the occasion with bars, private locations, cable cars that fly over the track. A place created specifically to welcome marketing, fashion and opulence, to give a new face to this sport in the post-pandemic era. And if Charles Leclerc never separates himself from his Ray-Bans, Lewis Hamilton arrives at the pits dressed in a Valentino fuchsia total look, demonstrating that fashion does not want to miss an opportunity to get involved.

The rebirth of Formula 1 starts right here, from the new experience offered to the world’s largest glitz market. Tag Heuer sponsors the Red Bull Team who finished first with Max Verstappen and the watches dedicated to the team are sold out. Ferrari has opened a new boutique in Miami with the new fashion line, Berluti has signed a sponsorship agreement with BWT Alpine, Tommy Hilfiger dresses the Mercedes-AMG Petronas team.

Ferrari Trento gave a touch of Italian style not only for the celebrations on the podium of winning drivers but also with 50,000 caps jumped in the many events and activities that animated Miami. For the occasion, a new exclusive Ferrari Trento F1® Limited Edition label has been added to the collection.

David Martin is the lead editor for Spark Chronicles. David has been working as a freelance journalist.
Previous “the man of my dreams”
Next Pink, Hot Pink is the new Millennial Pink