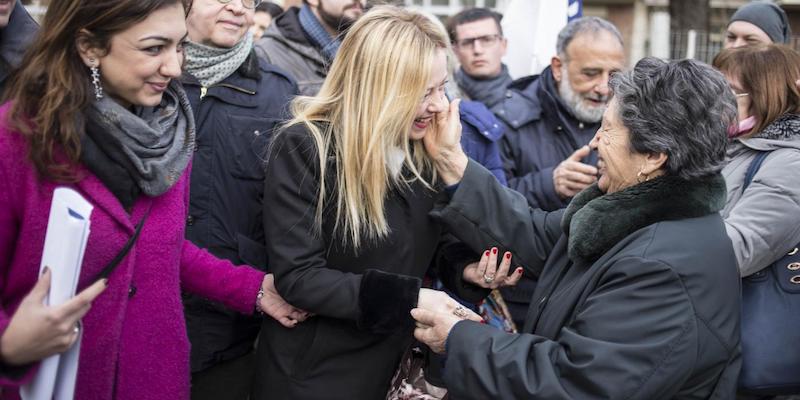 In recent days an interpretation has spread on social networks, sometimes exposed as a provocation or a joke, other times seriously, according to which the victory of Giorgia Meloni and the right in Sunday’s elections depended on how the majority of elderly people voted . This is not the case, or at least not what the analysis of the electoral results carried out by research institutes in recent days is saying. Fratelli d’Italia and the League in fact collected more votes than the national average among people aged between 35 and 64 years.

A kind of recurring joke online these days has been something like: “I was locked in the house for two years to save the elderly, who today repay me by voting for Meloni and Salvini.” It has been seen on Twitterand then it was revived and reinterpreted by satirical pages and influencer. But two analyzes of the vote carried out in recent days by the SWG and Ixè institutes, which have tried to divide the Italian electorate into age groups, say that things are different. The percentages taken by the main right-wing parties among retirees are in line, if not lower, than the national ones. The party that got more votes in this age group than the others is the Democratic Party.

According to SWG, the age group in which the Brothers of Italy has obtained the highest consensus is that of people between 35 and 54 years old. Almost one in three of them – 29 percent – would have voted for Meloni’s party. The surveys of Ixè are slightly different and identify smaller age groups: Fratelli d’Italia is the most voted party for both 45-54 year-olds (29.8 percent) and 55-64 year-olds (31.7 percent), therefore in both cases well above the percentage of 26% obtained on Sunday. Even the League among voters over the age of 35, excluding retirees, obtained percentages of around 10 per cent, slightly above the national figure.

For years now in Italy pensioners and people over 65 have tended to vote more to the left than the national average. According to Ixè, the Democratic Party was even the most voted party by the over 65s, with 26.3 percent against 24.4, while according to SWG, if only retirees voted, the difference between the Brothers of Italy and the PD would be reduced to 4 percentage points. – 25 percent versus 21 percent – compared to 7 today, 26 percent versus 19 percent.

Analyzes of this type are carried out by almost all institutes that deal with polls and are based on two methods: through polls, that is, simply by asking people what they voted in the past and what they chose in the last election, or by analyzing the real distribution of votes in some sample seats and using particular methods of analysis. They do not lead to certain conclusions, but they are still the best elements on which to base reflections and analyzes of how the elections went.

The one observed in Italy is an opposite dynamic, for example, to what happens in the United States, where Republicans are particularly strong in the electorate group. In Europe, on the other hand, the elderly prefer to vote for parties they consider moderate: and given that – to sum up a lot – conservative European parties in recent years have moved far to the right, more than the center-left has moved to the left, they have lost a piece of the electorate.

In the last French presidential elections, for example, Emmanuel Macron won above all thanks to the support of pensioners. L’Economist he pointed out that if only the French under 60 had voted, Macron would not even have made it to the ballot.

As for Italy, the PD was already the party most voted by the over 65s in the 2018 general elections, and there were also polls circulating according to which it gathered 55 percent of voters over 75, with almost 40 points behind the second most voted party, Forza Italia.

Videogames entered his life in the late '80s, at the time of the first meeting with Super Mario Bros, and even today they make it a permanent part, after almost 30 years. Pros and defects: he manages to finish Super Mario Bros in less than 5 minutes but he has never finished Final Fight with a credit ... he's still trying.
Previous “Bensebaini, Juve accelerate for January”
Next Thor: Love and Thunder – Behind-the-scenes photos show a cut scene with Jane Foster