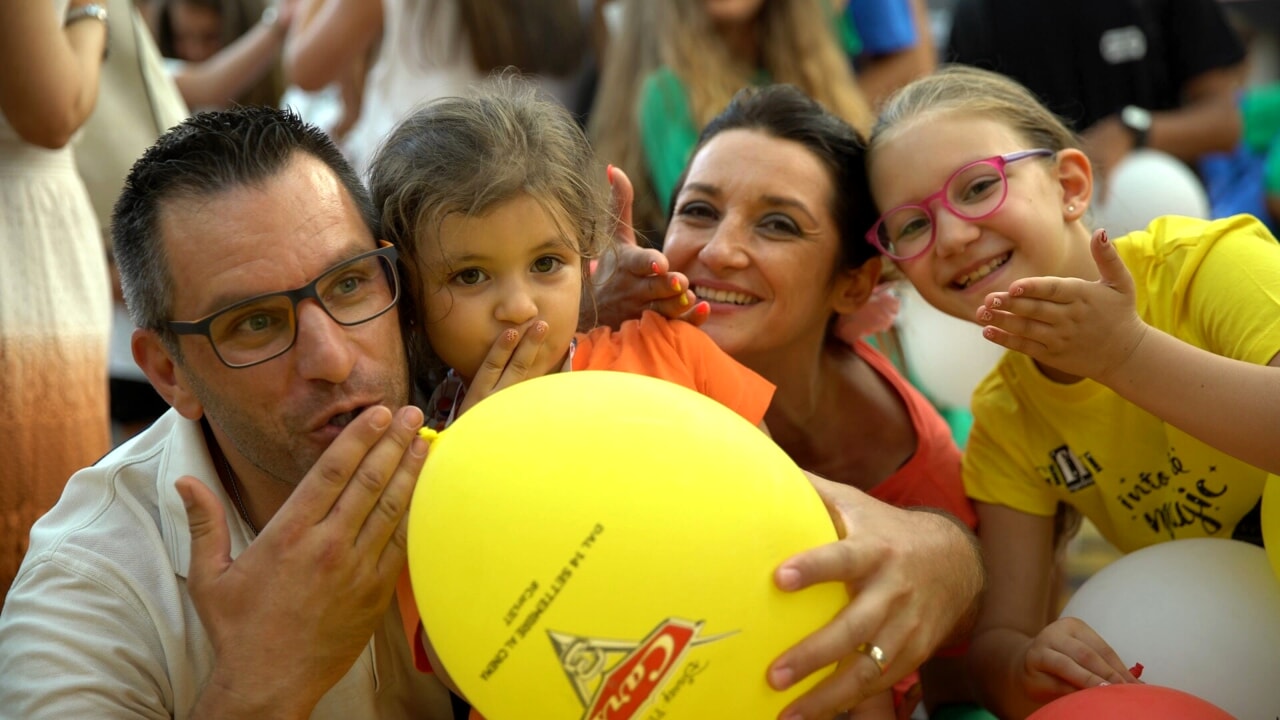 “Mom, Giffoni takes you to the cinema”. On the weekend that will culminate with Mother’s Day, Giffoni Valle Piana will offer a gift to all families: from Friday 6 to Sunday 8 May, subject to availability, a free ticket will be reserved in the halls of Giffoni Multicinema for every mother who will come to the cinema with her children. To get the free ticket, just go to the ticket office before entering the room.

The offer will be valid for the two films scheduled for next weekend: Doctor Strange in the Multiverse of Madness and The Lost City. “Through this initiative, Giffoni wants, once again, to demonstrate its bond with all the families of the area, with an eye to mothers, the main protagonists of our reality and always a model of courage, dedication and sacrifice – explains Jacopo Gubitosi , General Manager of Giffoni – for this weekend, our Multicinema will host all the families for a special evening, letting themselves be overwhelmed by the emotions of the great cinema with two highly anticipated films, especially by young people “.

Doctor Strange in the Multiverse of Madness is the new chapter in the Marvel saga. The film directed by Sam Raimi sees the return of Benedict Cumberbatch as Stephen Strange, the character created by Stan Lee and artist Steve Ditko, who appeared in the Marvel Universe in 1963. The film stars Doctor Strange, his trusted friend Wong (Benedict Wong) and Wanda (Elizabeth Olsen), known as Scarlet Witch, face the immensity of the Multiverse, a concept – according to Strange himself – of which they know very little. With the help of mystical allies, including those already mentioned and others of new acquaintance, Doctor Strange will this time face the alternate realities of the Multiverse, which will prove both shocking and dangerous. The aim of this arduous mission is to defeat a mysterious enemy. Double screening scheduled: the first at 7 pm with a repeat at 9.15 pm. It continues with The School of Magical Animals directed by Gregor Schnitzler and dedicated to the little ones. At the center of the story is an unusual school, the Winterstein School, where each child is assigned a magical pet. When Ida (Emilia Maier) arrives at the institute she finds herself immediately dealing with the evil Helene (Emilia Pieske), who will try in every way to make her uncomfortable. On the first day of school, the protagonist finds herself alone and with little chance of making friends, due to her hateful classmate. The only person she gets to know is Benni (Leonard Conrads). When Mortimer Morrison (Milan Peschel) arrives at the school with the many magical animals found in her travels, Ida receives Rabbat, a talking fox, and Benni the wise Henrietta, a tortoise. Thanks to her pet, the girl will overcome the embarrassment of being the newcomer and become the most popular in school and in town. Unique show at 5.30pm. The Lost City, the film directed by Aaron and Adam Nee, closes the programming, tells the story of a successful romance novelist, Loretta Sage (Sandra Bullock), a very shy woman used to living in solitude. Sage’s tales are always set in exotic places and feature Dash, a classic handsome hero who has the real-life face of model Alan (Channing Tatum), who appears on the covers of her books. One day the woman is forced on a promotional tour with the model, but she is not safe, because she is kidnapped by Fairfax (Daniel Radcliffe), a billionaire who believes that the writer knows the way to the lost city, which she herself describes. in one of his novels, and thus allow him to find the treasure hidden in the jungle. Alan, determined to prove that he not only lends his face to a hero, but is also in reality, tries to save Loretta and set out on the trail of the treasure before Fairfax finds it. This is how the two will end up really experiencing a bizarre adventure just like those narrated by the writer in her novels. Double screening scheduled: the first at 7 pm with a repeat at 9.15 pm.

David Martin is the lead editor for Spark Chronicles. David has been working as a freelance journalist.
Previous Megan Fox and Machine Gun Kelly: 10 super cringe phrases she uttered about their relationship
Next fans report a very small change to an episode