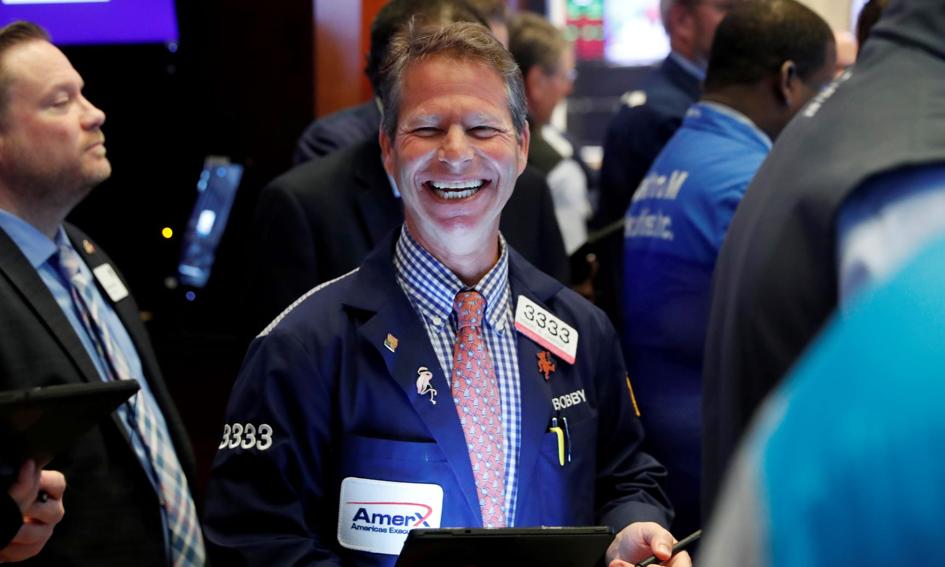 Fresh records on Wall Street. Banks down, bigtechs up

Thursday’s session brought new all-time records on the New York Stock Exchanges. The quotes of processor producers and great internet monopolies went up. On the other hand, bank stocks were cheaper.

For several weeks now, the US stock market has reacted only to good news, ignoring any concerns. The Federal Reserve is turning off the easy money tap – that’s a good thing, because interest rates will stay at zero for a long time. The macroeconomic data is not the best – it is even better, because the Fed will keep interest rates at record low for a long time, leaving no competition for equities.

Of course, the results of US corporations remain a strong support for the stock indices. According to FactSet, 83 percent. companies from the S&P 500 index, which so far reported this season, exceeded the consensus assuming an over 30% increase in earnings per share compared to Q3 2020. Good news also came from the labor market – the number of newly registered unemployed in the US fell last week to 269,000. (compared to 283,000 a week earlier), which is the lowest result since March 2020.

On the earnings front, Qualcomm was a positive surprise and additionally presented good forecasts for the current quarter. The price of the processor producer’s shares went up by nearly 13%. Competitive nVidia’s price rose by 12%. Internet giants were also doing well. Amazon’s stock rose by almost 3%, Meta Platforms (this is what the owner of Facebook is now called) and Albpabet’s shares gained over 1%. Big gaming did not disappoint either: Electronic Arts’ ratings rose by more than 2%, and Take-Two Interactive by almost 5%.

Bank stocks were the weaker link today. Goldman Sachs fell by over 2% and JP Morgan by over 1%. On the other hand, Moderna’s quotations fell by almost 18%, as the pharmaceutical colossus lowered this year’s sales forecast for its preparation against Covid-19.

The variety offered by video games never ceases to amaze him. He loves OutRun's drifting as well as the contemplative walks of Dear Esther. Immersing himself in other worlds is an incomparable feeling for him: he understood it by playing for the first time in Shenmue.
Previous Third time lucky. Newcastle United is finalizing the hiring of a manager
Next Football Coach: the Game, i.e. Robert Lewandowski created a football game