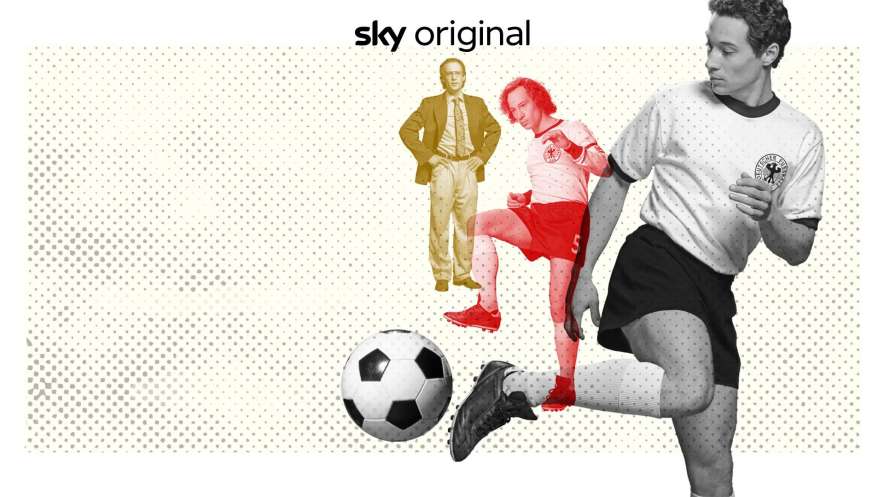 The Kaiser – Franz Beckenbauer
Biopic Sky Original chronicling the rise of Franz Beckenbauer. A journey through the life and career of a German football legend, world champion as a player and as a coach.
(SKY CINEMA UNO HD at 21.15/channel 301)

Tales
Elio Germano in the black tale of the D’Innocenzo brothers, awarded in Berlin and with 5 Silver Ribbons. Outskirts of Rome: anger is about to explode in a community of families.
(SKY CINEMA DUE HD at 21.15/channel 302 and SKY CINEMA 4K at 21.15/channel 313)

Grandpa this time it’s war
Robert De Niro, Uma Thurman and Christopher Walken in the Sky Original comedy for the whole family. A grandfather occupies the room of his grandson, who will do everything to regain the space for him.
(SKY CINEMA FAMILY HD at 21.00/channel 304)

Signals from the future
Nicolas Cage in a fantasy thriller directed by Alex Proyas. An astrophysicist discovers that some mysterious numbers, written 50 years earlier, indicate dates and places of past and future disasters.
(SKY CINEMA ACTION HD at 21.00/channel 305)

It – Chapter two
James McAvoy and Jessica Chastain in the sequel based on Stephen King’s horror masterpiece. 27 years later the members of the Losers Club gather in Derry to kill Pennywise.
(SKY CINEMA SUSPENCE HD at 21.00/channel 306)

Professor for love
Hugh Grant ‘takes the lead’ in a romantic comedy with Marisa Tomei. A declining screenwriter agrees to teach creative writing and connects with a student.
(SKY CINEMA ROMANCE HD at 21.00/channel 307)

Asterix & Obelix at the service of his majesty
Gerard Depardieu and Catherine Deneuve in the fourth live-action dedicated to the two fearless Gauls. The Queen of Britain asks for the help of Asterix and Obelix to face the advance of the Romans (FRA 2012)
(SKY CINEMA COMEDY HD at 21.00/channel 309)

Confused and happy
Comedy by Massimiliano Bruno with Claudio Bisio, Marco Giallini and Anna Foglietta. When a depressed therapist quits his job, patients decide to give him the joy of living again.
(SKY CINEMA UNO +24 HD at 21.15/channel 310)

A life on the run
Sean Penn directs and co-stars with daughter Dylan in John Vogel biopic. The double life of America’s most famous and elusive con man, told from his daughter’s point of view.
(SKY CINEMA DUE +24 HD at 21.15/channel 311)

David Martin is the lead editor for Spark Chronicles. David has been working as a freelance journalist.
Previous Qatar 2022, Stramaccioni ‘star’ of the World Cup: “My commentary is spontaneous, I let myself be carried away”
Next Warcraft: First Class: everything you need to know about the movie