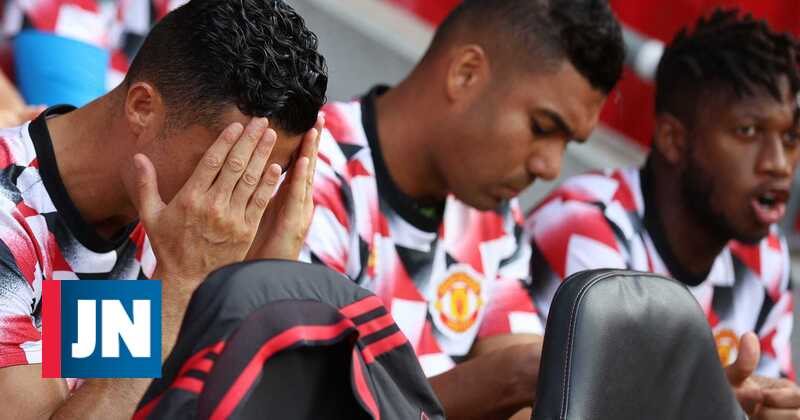 Sporting announced the renewal of Sebastián Coates and in England Guardiola was relieved to be able to continue to count on Bernardo Silva.

Sporting: “El Capitán” will continue to play lion to the chest. Sebastián Coates, 31, extended his connection with Sporting until 2024 and assured that he had no doubts when the renewal proposal arrived. “I’m happy, when they invited me to renew I didn’t hesitate at all. Both my family and I are very happy at Sporting and in Portugal. It was very easy to reach an agreement, both on my part and on the Club’s part, all that was left was to sign. I’ve been at the club for many years and since I arrived they’ve always treated me in the best way. I’ve always wanted to stay here and I’ll do my best to help the team and the Club achieve their goals”, said the centre-back in statements to Sporting TV. Sebastián Coates arrived at Alvalade in 2016/17 on loan from Sunderland and has never left the club. On the way to his seventh season with a lion on his chest, the Uruguayan has already played 285 games for the green and white club and won a national championship, a Portuguese Cup, a Super Cup and four League Cups and guaranteed to be “a pride” to represent Sporting.

Good view: Ibrahima Camará left Moreirense, from the secondary level, to sign for four seasons with the checkered club. The 23-year-old midfielder played 67 games for the Moreira de Cónegos emblem, where he arrived in the second half of 2018/19, shortly after appearing at Sporting de Braga B, without having avoided the descent of the Guimarães to the II Liga in 2021/22. “I’m not afraid to take on the game. I watched several Boavista games to understand how the team plays and I’m sure I’ll adapt quickly. We’re going to help each other to keep growing and ‘Mister’ Petit, who was also a midfielder, will play an important role in my growth”, he said, stressing “the feeling that everything will go well” and that “the fans can always expect the most” from you. With six caps and one goal for the Guinea national team, Ibrahima Camará had played eight minutes this season, being a substitute used in Moreirense’s triumph in the reception to Vilafranquense (1-0), in a duel of the opening round of the secondary level.

Estoril: Erison left Botafogo, from Brazil, to head to Estoril Praia on loan. The 23-year-old striker played twenty games, with seven goals scored, in the 2022 edition of the Brazilian championship with Botafogo, a club he had joined in January, from Piracicaba, to make a name for himself in the first months of the season. and be used up to two weeks ago. Estoril Praia thus made official the 13th signing for 2022/23, after goalkeeper Pedro Silva (ex-Vizela), defenders Gonçalo Esteves (on loan from Sporting), Shaquil Delos (on loan from Nancy, from France, ), Mexer (ex-Bordeaux, from France), Pedro Álvaro and Tiago Araújo (both ex-Benfica), Mor Ndiaye (ex-FC Porto), James Léa-Siliki (ex-Rennes, from France), João Carvalho (on loan Olympiacos, from Greece), Tiago Gouveia (on loan from Benfica), Rodrigo Martins (ex-Mafra) and Alejandro Marqués (on loan from Juventus, from Italy).

Leixões: Ben Traoré, 22, renewed his contract until June 30, 2025. The midfielder, born in Côte d’Ivoire, arrived at Leixões last season, from Tirsense, and counts 32 official games and four goals, all scored in 2021/ 22. This season, Traoré, who in Portugal has also worn the colors of Fafe, was a starter and was full-time in the first four rounds of the II League, in which Matosinhos’ team recorded two wins and two draws. “This renewal is the recognition of the work I’ve been doing, but it also gives me an even greater responsibility. As always, I can only promise work and commitment to the limits to help Leixões achieve its goals”, said the athlete.

Farense: The experienced Portuguese side Diogo Viana, born in Lagos, will return to his home region to reinforce Farense,. “Very proud to have signed for this historic club in Portuguese football, the biggest club in the Algarve. I will give everything to help put Farense where it has never been,” said the 32-year-old, quoted on the Algarve’s social media. The full-back shared the formation for Esperança de Lagos, Sporting and FC Porto, in the service of which he debuted as a senior, in the 2008/2009 season. Portuguese international up to under-21, Diogo Viana then passed through VVV Venlo (Holanda), Desportivo das Aves, Penafiel, Gil Vicente, Litex Lovech (Bulgaria), CSKA Sofia (Bulgaria), Belenenses, BSAD, Sporting de Braga, Feirense and , in the last season, Arges (Romania).

Tottenham: Sergio Reguilón will wear Atletico Madrid’s colors until the end of the season, on loan from Spurs. The colchonero club will be the fourth Spanish team that Reguilón, 25, will represent in his career, after stints at Real Madrid, the club where he trained, Logroñés and Seville. The Spanish left-back, capped on six occasions, was signed by Spurs from the Merengues in the summer of 2020 and was used in 67 official matches, having scored two goals and eight assists. In the colchonero emblem, which in recent days has seen Renan Lodi leave for Nottingham Forest, from England, Reguilón will share a dressing room with the Portuguese João Félix.

Manchester United: The transfer market closes next Thursday and Cristiano Ronaldo’s future in the “red devils” remains uncertain. The Portuguese ace has been a substitute in Manchester United’s last matches and Rio Ferdinand, CR7’s former teammate at United between 2003 and 2009, assured that the captain of the Quinas team is furious with the situation. “Whether he stays or not, nobody knows. But knowing Ronaldo as I do, I know he’s completely furious at the moment. a team that isn’t even in the Champions League. He’s not used to that. They can’t expect him to change at 37. Superstars are different. They don’t believe they have bad games, they don’t believe that things go wrong.” to the “Vibe With Five” podcast.

Still in the “red devils”, the Brazilian forward Antony left Ajax and joined Manchester United, in a deal that could reach 100 million euros. Antony, who will meet coach Erik ten Hag again, leaves the Dutch team, which he joined in the 2020/21 season, having played 82 games, with 24 goals scored.

Manchester City: With the transfer market almost at an end, Pep Guardiola does not hide relief, as it seems that Bernardo Silva will remain in the squad. “I’ve said several times how important Bernardo is to us. Within a day or two, finally, the window will close, and everyone will be able to focus on what they have to do”, stressed the coach.

Videogames entered his life in the late '80s, at the time of the first meeting with Super Mario Bros, and even today they make it a permanent part, after almost 30 years. Pros and defects: he manages to finish Super Mario Bros in less than 5 minutes but he has never finished Final Fight with a credit ... he's still trying.
Previous Trump prides himself on learning about Macron’s sex life
Next What is the jellyfish haircut?