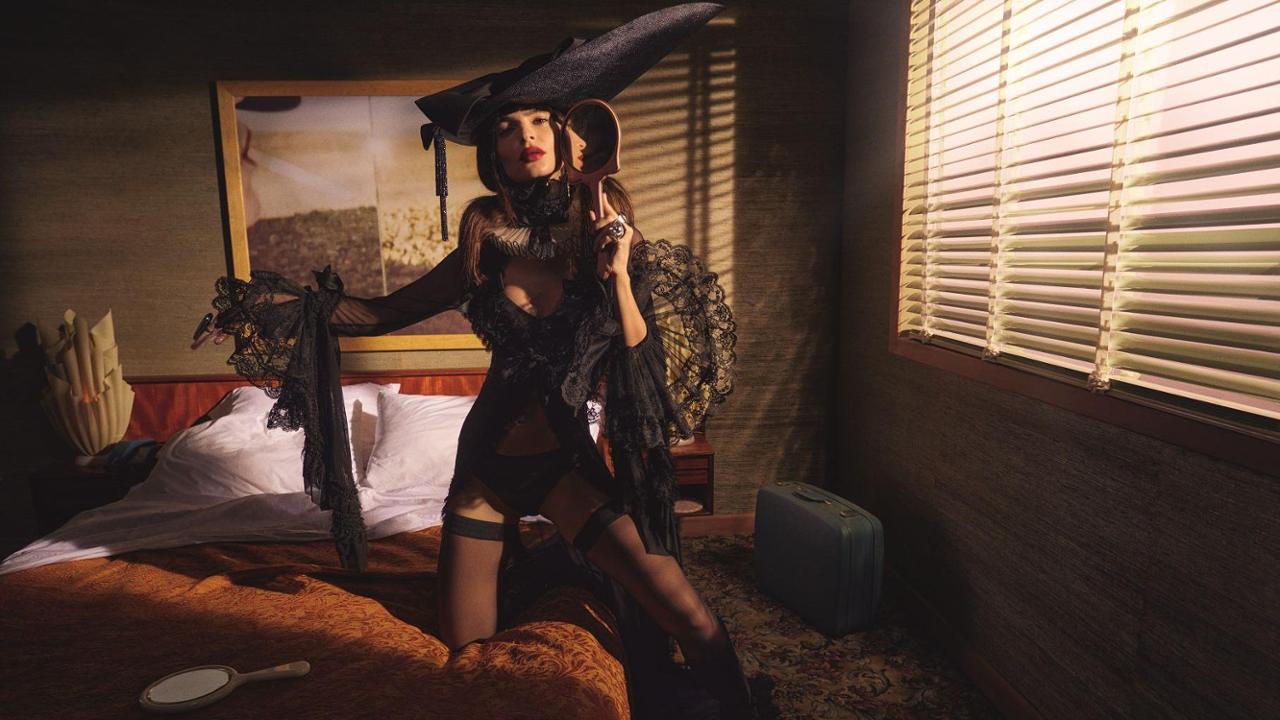 Modern muses all have a complicated life, grit, resilience, the desire not to be overwhelmed by all that this life can hold for us. In short, contemporary muses, those conceived by Emma Summerton, the photographer of the Pirelli 2023 calendar (“Love letters to the Muse”), presented today in Milan in the Bicocca hangar. 14 women who bring their dreams, their difficulties, their extraordinary normality to glossy paper. “In my shots, the boundary between the role that the models play and what they really are is not defined and everything merges into images that evoke magical realism,” explains the photographer, who draws inspiration from the world of Gabriel Garcia Marquez.

A set of iconic images but also of stories. Like that of Lauren Wasser, former basketball player, model since she was a child, born in 1988 originally from California, who ten years ago due to a tampon kept for too long was struck by toxic shock syndrome which caused her to lose both legs from the knee to below. After a period of depression she wanted to be reborn.

«Becoming resilient, she says, is a process that doesn’t happen overnight, it was a long road that made me aware of my strength. The things that happen should not be allowed to define us and influence the future, life is hard for everyone. My faith saved me, having a purpose, knowing that I was here and now and that I didn’t just have a pretty face. I have a task to perform on this earth. They are the banner for many women who don’t want to be considered only for their physical shape”.

Pirelli 2023 calendar, the backstage from the sets in the New York and London studios

For some years now, The Cal, considered the manifesto of female beauty, has decided to abandon the glossy and unattainable stereotypes to devote itself to the inclusive cause. On the other hand, it was years that we all knew and repeated how much slamming perfection on the cover as a model was a dangerous and frustrating exercise for women, especially for girls who had to deal with an “ultra earthly” aesthetic. Much healthier to deal with “normal”, imperfect, multifaceted beauty. And above all without sizes. So this year the two most famous curvy top models also appear on the calendar, Ashley Graham (the activist muse) e Precoius Lee (the muse writer).

«Participating in this Pirelli calendar is every model’s dream, and for me it’s an honor to be there to advance the cause of inclusion, of acceptance of all bodies. I’m 35 years old, I started showing at the age of 12, and in these 23 years I’ve fought to change things, but there’s still a lot to do to have truly rewarding representation, both on the catwalk and on TV, in the newspapers. In fashion, they haven’t quite grasped the concept yet, maybe they let one or two of us “curvy” walk the catwalk but then they don’t make clothes for normal women».

Ashley says that social media gave her the voice: «I started posting photos without retouching and I became the voice of many women who didn’t have it. You cannot be stopped by those who tell you that you are fat, or that size defines you and above all you must not be manipulated by an industry that decides which body you should have. To a little girl I would say “look, I was you and like you there have been and there are many little girls, many women, you must be proud of your beauty, you will go through many phases, in which you will ask yourself many questions, but saying “I am beautiful” it just depends on you.”

Precious Lee, African American, born in 1989, also descends into the battle of the “body snatchers”, the first black curvy model to appear on the pages of Vogue America (2015) on the Sports Illustrated Swimsuit Issue (2016). In the calendar she is the writer Muse, because writing is part of her dream. “I’m African American and I’m fat, I fight for inclusion to include all shades of a person, from skin color, to ethnic group, to size,” says Lee.

«I have always been one who defends the rights of others, standing up for a bullied friend. The amplifier of those who are marginalized does not have the courage to make itself heard». “I’ve never considered my body as a limit,” says the model. «The life I wanted to lead I thought of with my head and heart, I knew that the mountain would be steep since I wanted to enter the world of fashion, but I never gave up».

Fulfilled Marco Tronchetti Provera, CEO and Vice President of Pirelli. “Emma Summerton was brilliant. Photographers are always free to express themselves in the calendar», explains Tronchetti. And when asked about the change that has taken place in the aesthetics of The Cal, which has always been in the male erotic imagination, the answer is clear: «Those were different times. The big issues that we face today were not priorities then. Pirelli has always been a mirror of the world we live in». And it is no coincidence that the choice fell on a woman to take it: «There is a need for a greater presence of women in positions of responsibility, to have a look from a different angle. This does not mean eliminating the differences between men and women but integrating them through mutual respect”.

In Pirelli 2023 the cast is all models, albeit “inclusive”. Among the “Muses” Karlie Kloss, Bella Hadid, Emily Ratajkowski, Cara Delevingne, Lila Moss (daughter of Kate Moss), Sasha Pivovarova, Guinevere van Seenus, Kaia Wilkins. He Cong, Adil Akech. The seduction of women according to them, and not according to male diktat. “Being photographed by a woman brought out my authentic sensual side,” says Guinevere. This is also feminism.

David Martin is the lead editor for Spark Chronicles. David has been working as a freelance journalist.
Previous Last Christmas, Emilia Clarke on first TV on Canale 5 with the magic of Christmas
Next Cernobbio, from today the new edition of Città dei Balocchi: all the magic of the park of Villa Erba