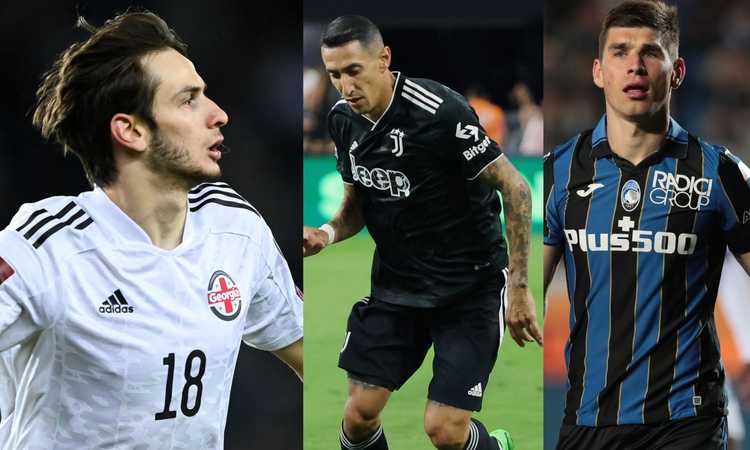 From Kvaratskhelia to Di Maria, passing through Malinovskyi: all the cases of fantasy football 2022/2023 | First page

There are only 17 days left until the return of Serie A and, with it, the other “sport” preferred by Italians will also return: the fantasy football. In abstinence for three months, the fans are already warming up their engines and studying for a season that is as peculiar as it is expected. Our championship has welcomed some champions, especially in defense, but has welcomed 90 calibres such as Lukaku and Pogba. The fantasy coaches are already looking forward to upward auctions of fantamillions to grab them, but the problem arises at the beginning: when to auction?

AUCTION – Again this year the championship will start with the transfer market still going on, however for the 2022/2023 season the situation is more complicated. As is well known, the championship will start early and then stop and give space to World Cup in Qatar. Instead of the classic two summer days between the official closure of the transfer market, this year we will experience 4 Serie A matches before the arrival of September. A big problem for the organization of auctions, among the latest vacationers and those who just can’t wait or lose 4 shifts. Many will agree on one double rod: one perhaps before the official start of the championship and the second with the market closed. For the more traditionalists, on the other hand usual, unique, auction in early September and patience if the summer intuitions have already given a great show of themselves on our fields.

DOUBTS – Like every year, the official starting point for the fantasy football season isoutput of lists. The two most accredited, that of Gazzetta dello Sport and that of Fantacalcio.ithave been published and, as usual, have brought with them many criticisms and disputes. It is always the players who can play in multiple roles that create more discussion. Defenders who play on the line of midfielders, wings and hybrid forwards, defining the criteria to categorize these players is always very difficult. Let’s see the most discussed cases.

ALTERNATIVES – The pink newspaper has bet on Theo Hernandez, Lorenzo Pellegrini and Dusan Vlahovic as the most expensive players. The controversial attacking midfielder has been abolished, but some evaluations on the roles are discussed. First of all Angel Di Maria, considered midfielder. Like him also Chiesa, Zaniolo, Zaccagni and Felipe Anderson; instead will be defenders Cuadrado, Gosens, Dumfries, Faraoni and Udogie, among the many in the balance between two roles. Great discussions for too Miranchuk, Malinovskyi and Kvaratskhelia listed as attackers. Many different decisions for Fantacalcio.it. The site dedicated to the fantasy game has chosen Ciro Immobile, Sergej Milinkovic-Savic and Theo Hernandez as players with the highest value. Di Maria in this case is considered a forwardwhile Orsolini, Cuadrado, Politano, Gyasi and El Shaarawy were hijacked in midfield. Confirmations in the median also for Malinovskyi and Chiesa, the same role also for the neo Neapolitan Kvaratskhelia. Like him also the exteriors of Lazio and Fiorentina, the only exception Nico Gonzalez, striker. Unanimous choice instead for a new arrival in Turin, Radonjic, listed as a midfielder for both auctions. The site also allows the possibility of making the roles editable, in order to adapt them as you see fit. Now that the lists are ready, it will be two weeks (at least) of preparation for the auction, the most important time of the year for fantasy coaches.

David Martin is the lead editor for Spark Chronicles. David has been working as a freelance journalist.
Previous PORTABLE PHOTOVOLTAIC REVIEW with EcoFlow ACCUMULATION BATTERY. – Andrea Galeazzi
Next controversy over the wartime photo shoot