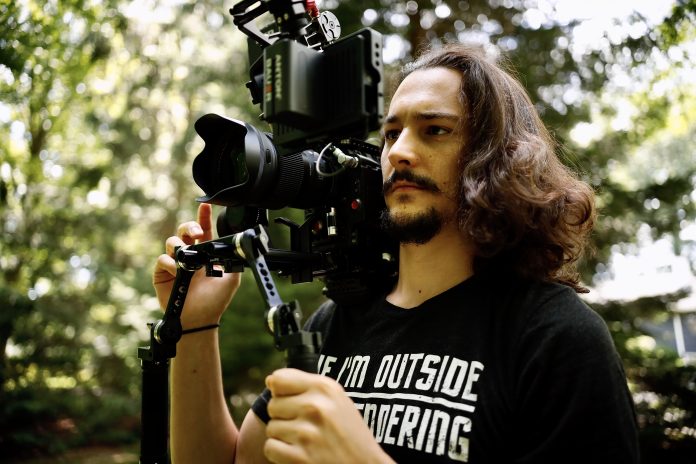 +++From Magenta to New York, the dream of Matteo Belletta – self-taught talent – has come true: his (successful) life in the Big Apple

MAGENTA – NEW YORK Everyone has (actually, we have) a dream. There is only a border, apparently blurred, between those who cradle it (a lifetime, or less) and those who make it. You will find out from this interview that not there is only Piero Armenti, the journalist originally from Salerno and inventor of My Journey to New York, who has found his fortune in the most iconic of American cities. Even the city of Magenta can boast the great success of a boy ‘100% made in Magenta’: he is not even 30 years old, he left with a dream in his suitcase and today he is a successful film maker who works with some of the biggest divas of the world (Scarlett Johansson, Naomi Campbell): his name is Matteo Belletta, he is a former student of the Liceo Bramante. And we interviewed him to ‘tell you about it’.

After a long and hard apprenticeship, today Matteo has been a filmmaker for the past 5 years, while for one he has been working for GOODCOMPANY in New York as a video editor and colorist.

He lives in Brooklyn and in his professional life he is as mentioned filmmaker, director of photography, editor and colorist. Goodcompany is an iconic, extraordinarily advanced

production company based in NY with office and production in Los Angeles.

Goodcompany works with some of the greatest artists in the world such as Beyonce, Kanye West, Tom Ford, Cadillac. Just travel to their site to realize the level of excellence of the team Matteo works for: https://www.goodco.tv/

Some of the latest works in which Matteo has participated as a colorist (the colorist, translated into Italian, is the color technician who intervenes on the images in the post-production phase, making the edited footage assume a compact, coherent and linear aspect) are the following:

In addition to these, he has worked on various independent projects and documentaries, wrote and directed his own short film which has toured various film festivals in America.

He is trying to shoot two more written by him. And as icing on the cake.. he defines himself as a self-thought, i.e. someone who learned everything by himself.. Here’s his story.

I’m 29 years old.. and many passions. Obviously cinema in first place, but I would say that art in general is my greatest passion. Second passion/hobby would be travelling, especially where there is a lot of nature, of any kind, although unfortunately I haven’t been able to do it much and as much as I would like recently.

I was a student of the Bramante high school in Magenta.. and then that’s it. Everything else was self-thought through videos on YouTube, Masterclasses and collaborations with other much better and more experienced filmmakers than me. The best school I’ve ever had I’d say was the multiple failures, and I’ve had so many thank goodness. In this field the old adage applies: the more you make mistakes, the more you learn. 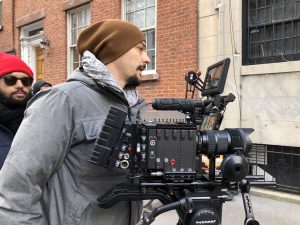 THE YOUR MEMORIES OF MAGENTA:

I have only positive memories of Magenta, even though it probably wasn’t all rosy at the time. Even school, of which I’ve never been a big fan: however, looking back on it all these years later, I must confess that I miss it. Professors, comrades and above all the absence of a constant sense of competition which unfortunately occurs daily here in the USA. I remember football practice and matches on Sunday, seeing all my team mates, training together, especially when it was raining, throwing ourselves in the mud without a single worry. And above all the best memories, of course, friends. The years I spent in Magenta were definitely the happiest and most carefree ever. Friends will always be missed because the sense of friendship as found at home does not exist anywhere else. Or at least, I haven’t found it yet.

WHEN YOU DECIDE TO GO TO AMERICA AND WHY:

I decided to move to America in 2015 after living in Australia for a year and London for 7 months. THEThe reason is actually very simple, I’ve always looked for the right place to be able to cultivate my passion for cinema on a professional level. That has always been my real motivation. New York is the first place where it seemed to me that the profession of filmmaker could be a real possibility, so I decided to stop there. In America, from what I see, it is possible to invest one’s future in any dream that anyone has. You just need to be ready to bet everything, and on everything… 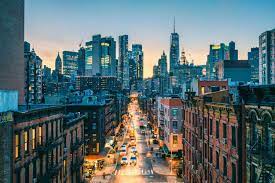 FIRST IMPACT WITH THE USA:

I don’t really know the USA very well; I know the big city mentality, which as everyone says is completely different from the rest of America. From what I’ve seen so far, New York is definitely a tough city. At the monetary level, at the community level and above all for the competition that exists; at the same time the city offers so many options that it’s hard to resist. In New York, anything is possible, for better or for worse. One advantage that I will never cease to underestimate is diversity. New York is crammed with people from all over the world, which makes for an insane amount of difference. Which means that you are constantly immersed in different cultures and above all radically different ways of thinking, which will never cease to fascinate me.

Obviously I started with very small independent projects. I’ve known people who invited me to a very small set, just as a favor. My first job was as a boom operator for a mini web-series that a friend of mine was shooting at the time. I started studying how the various cameras worked, then over time I deepened more and more, trying to understand how and when to use different types of cameras for different types of shots. Later I started studying lenses, a truly fascinating field, always trying to understand the various differences and how to select the type of lens based on the type of shot I want to create. I’ve always thought that the more I learned on a technical level, the stronger I would be on set, when decisions inevitably have to be made, whether simple or difficult. Here the average level of technical knowledge, among friends and colleagues and generally anyone in this field in America, is very high indeed. The more knowledge you have, the more chances you have of getting hired. Obviously the other area that matters a lot is your vision and your style. It is essential to always try to expand your vision and create something original. Any work you do eventually ends up in your portfolio and when it comes time to collaborate with other artists, the last thing you want is for them to see that you don’t have any original pieces. 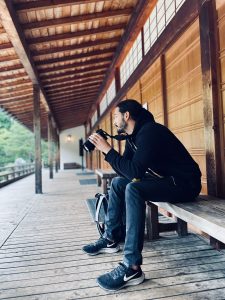 However, cameras and lenses as important as they are are not everything. I’ve studied lights for years. Everything you see on screen is only possible because of how the scene is lit. Knowing how to light a shot is definitely essential. After a few years I then moved on to editing and finally to color correction, which I personally think is one of the most complicated and most satisfying roles I’ve ever played so far. Color is one of the last steps for any video or film and in my opinion one of the most important steps there is. Creating the look of the whole film or video is definitely one of the most creative things I’ve ever had the chance to do,

After gaining enough technical knowledge and working on many independent projects, I entered the radar of bigger companies, until I got hired by GoodCompany who work on a daily basis with global companies and much bigger projects. Some of the projects I’ve been working on recently are colorist for “The Outset” with Scarlet Johansson, colorist for “Spotify” with Romeo Santos. With the editing team here at Goodcompany I have worked on projects like Isamaya, Sam Edelman, with Naomi Campbell and others.

Independently some of the projects I’ve worked on recently as a colorist are White Castle with Fat Joe, Florida’s Natural, Harlequin romance and several documentaries like David Alan and the recent NFT NOW piece with Cath Simard.

THE MOST DIFFICULT AND THE MOST BEAUTIFUL MOMENT

I don’t have a tougher time than I can remember, but I would say every time I want to shoot a story ‘my own’. That’s always the hardest step, finding a story that I want to shoot and putting it together is really complicated. But as the saying goes, no risks no rewards.

I recently had one of the best moments when at work they asked me to do the color correction for “The Outset” with Scarlet Johansson. As soon as they gave me the footage and saw the caliber of footage, I was over the moon. And being able to touch RAW footage with one of the biggest stars in the world was a truly exceptional experience.

HOW DO YOU FIND AFTER YEARS IN AMERICA

All in all good, I certainly miss some friendships, because here, as I said, there is no sense of friendship that we have in Italy, with the group of friends who meet every two or three days. But apart from that I can’t complain, I really have a lot of work, there’s no shortage of money, acquaintances are always around the corner. 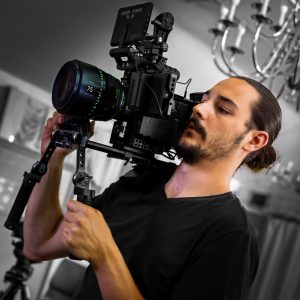 YOUR TYPICAL DAY IN NY

Typical day: subway, I get to work, I go for a coffee with colleagues, some new job comes in, I start assembling for a couple of hours, lunch break, game of chess with colleagues, then either I continue assembling or I have to finish some old workor, I always try to write for some film of my own, then I either continue to edit or color for some other project. When I’m done working, around 6, maybe I go for a few aperitifs with friends or with my girlfriend, otherwise I go home, go to the gym, have dinner, then I either continue working on personal projects I have, or I go to watch a movie.

FINALLY.. WILL YOU RETURN TO ITALY OR MAGENTA?

Sooner or later I will come back for sure, I don’t know when yet. Probably when I see that I’ve run out of everything I wanted to do here.

We are waiting for you, Matteo. For now… good luck, have a good life in NY! David Martin is the lead editor for Spark Chronicles. David has been working as a freelance journalist.
Previous the new particular ideas in photos
Next World Cup 2022, Morocco in the quarterfinals! Spain beaten on penalties