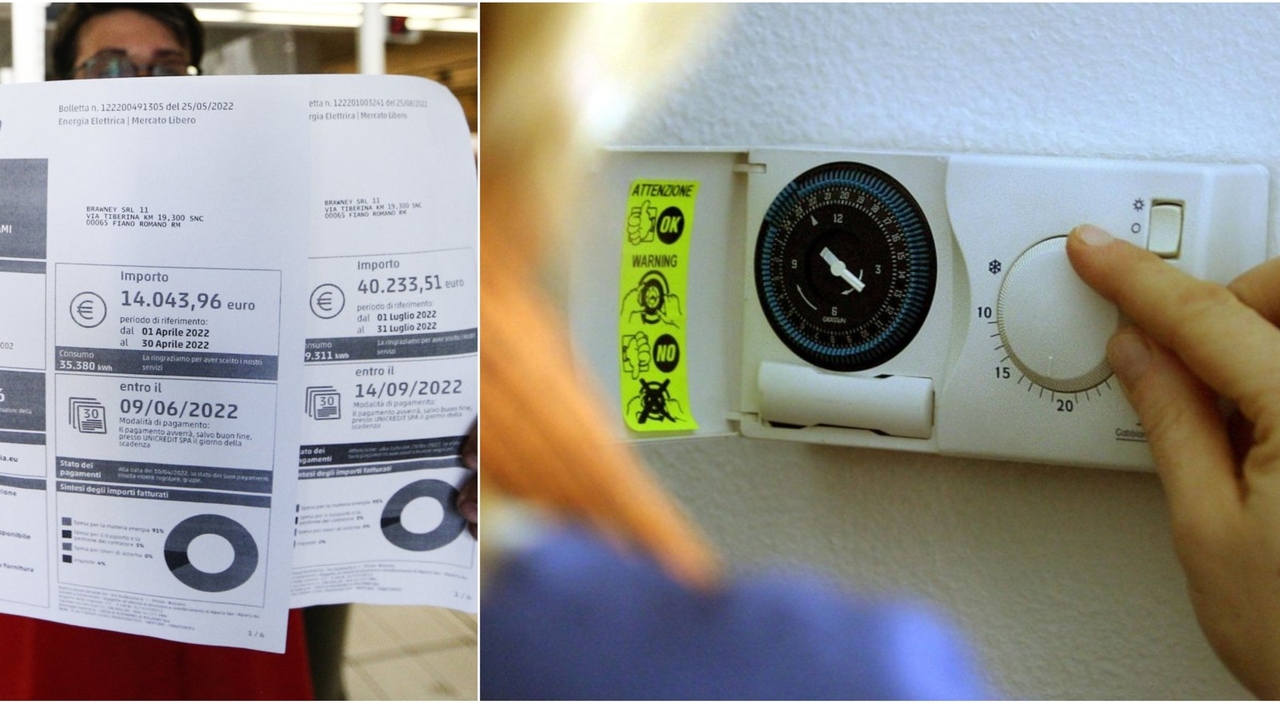 from moisture to air in the pipes. Times and periods of ignition

The hot temperatures of these days in almost all of Italy have prompted many mayors to pass ordinances with the postponement of the lighting period of the warm ups. A sort of godsend, given the energy increases that are causing anxiety to grow expensive-bills in many families. Because, despite the decree that reduces times and maximum temperatures to limit consumption and thus avoid gas supply problems, the winter cold is scary at this point. Enea has therefore issued a handbook to obtain savings without “dying of cold” and also exorcise the fear of the expensive bill coming. Let’s summarize the new rules and advice.

The Draghi government has launched a decree for gas saving, which introduces new operating time limits for thermal plants for the winter season 2022-2023: one hour less ignition per day than in previous years (the number changes depending on the climatic zone); reduced season by 15 days (postponing the start date by 8 days and bringing the shutdown date forward by 7); reduction of one degree of the maximum temperatures allowed (19 degrees), with a tolerance of two degrees.

Time and temperature restrictions do not apply to hospitals, clinics, nursing homes, social welfare buildings, kindergartens and kindergartens, embassies, swimming pools, saunas, buildings used for industrial, craft and similar activities for which municipal authorities have already granted exceptions to the air temperature limits, and to buildings equipped with mainly renewable energy systems. Furthermore, in case of particularly cold temperatures, the municipalities can authorize ignitions outside the foreseen period, as long as it is for a few hours a day.

According to Enea, if these measures were implemented by 80% of Italian families, an overall saving of 2.7 billion cubic meters of methane could be achieved at national level.

To find out from what day it will be possible to use your heating, you need to know which of the six climatic zones your municipality falls into.

For the zone Awhich includes southern Sicily and islands such as Lampedusa, it will be necessary to wait until December 8 for the heating to be switched on and it will be possible to keep the radiators running for only five hours.

In zone B which includes the rest of the major island on the same start day but 7 hours of use allowed.

Much of the South, which includes Campania and southern Puglia, falls within the zone C for which the way to the boilers will always be given on the feast of the Immaculate Conception but the hours of ignition rise to 9.

On November 8, the thermostat can be started in Rome, Florence, Pescara and Foggia (zone D) for a maximum of 11 hours per day.

In the North and in the inner areas of the Center (zone E) is allowed from 22 October (maximum 13 hours).

In Trento and throughout the Alps (zone F) however, there are no limitations.

However, still spring temperatures prompted some mayors to further postpone the switch-on time. TO Milan Mayor Giuseppe Sala postponed the date by a week (from 22 October to 29 October) by extending the limits not only to thermal combustion systems for heating use, but also those powered by energy sources other than methane (for example, with heat and / or diesel fuel). Postponements to 29 October already decided also a Turin, Bergamo, Monza and Cremonawhile Varese and Pavia they will turn on the radiators no earlier than October 31st. In Emilia the mayors of Bologna and Imola they have postponed to November 2 and it is not excluded that in these days other first citizens will decide on similar initiatives. TO Udinewhere it is already possible to turn on the radiators (from 24 October) the mayor has issued an ordinance that obliges bars and shops to “keep the entrance doors facing the street closed”, so as not to disperse the heat.

The condominium assemblies these days are deciding how to proceed to comply with the new rules. And already many, according to initial findings, are moving towards an even greater tightening of the ignition time span to try to save money on estimates. The city of Rome, for example, falls within the climatic zone D (on from 8 November to 7 April, for 11 hours a day) but in many cases the condominium assemblies stop at eight hours a day.

Enea has produced a handbook to “facilitate the implementation of measures to contain methane consumption for domestic heating on the basis of the recent decree of the Ministry of Ecological Transition (no. 383 of 6 October 2022)”. In addition to remembering the new rules, the vademecum also provides instructions on correct daily behavior, expressly regulating methods and times to ensure the necessary air exchange in air-conditioned environments. “Renewing the air we breathe allows us to eliminate bacteria and pollutants. However, to change the air in a home, it is sufficient to keep the windows open for a few minutes, several times a day, preferably during the hottest hours and when the heating is not on ”.

It is also important to keep the right humidity level in the environment by installing a thermohygrometer: below 40% humidity in the house the climate becomes too dry and bacteria and viruses find a favorable environment for proliferation, favoring respiratory diseases; above 70%, on the other hand, condensation forms on the cold parts of the building, such as the perimeter walls and windows, which can lead to the formation of mold and consequent allergies. The correct plant maintenance is rule number one, not only in terms of lower gas consumption but also in terms of safety and attention to the environment. Before switching the heaters back on it is important eliminate the air present in the pipes and make a good one cleaning the radiators to remove deposits that may have accumulated during the summer season. In addition, it is important to remember that every degree more in the house than the maximum of 19 ° C allowed leads to an increase in consumption of up to 10%, also bearing in mind that the temperature rises by 1-2 ° C after a person stays 30 minutes inside. interior of a room. Another important suggestion is to carry out an energy check-up of your apartment, relying on qualified technicians to assess the thermal insulation status of walls and windows and the efficiency of the heating systems. The diagnosis makes it possible to identify any improvement interventions that can reduce costs by up to 40%.

The variety offered by video games never ceases to amaze him. He loves OutRun's drifting as well as the contemplative walks of Dear Esther. Immersing himself in other worlds is an incomparable feeling for him: he understood it by playing for the first time in Shenmue.
Previous MSI Alpha 15 laptop in super offer (-30%): that’s why a gaming PC (Ryzen 7, 16GB RAM, 1TB SSD, AMD Rx6600M) is also great for audio-video editing
Next the stove, the dog Turbo and the hatred for the queue in the post-Corriere.it