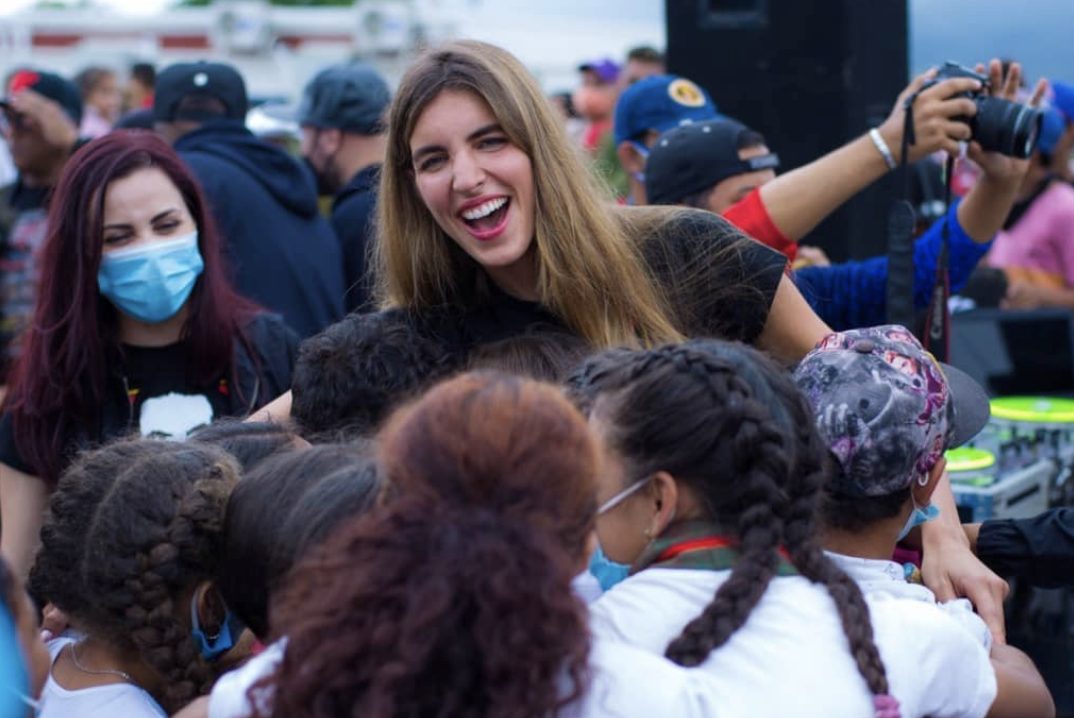 from shop assistant to queen of laundering, in the shadow of Maduro

Residing in Fidene, a neighborhood in the Roman suburbs, Camilla Fabri in just a few years has gone from being a model and sales assistant to one of the most sought-after women by the prosecutor’s office.

It was 2019 when the news of the seizure of a luxury apartment in via dei Condotti went around Italy. A property worth almost four and a half million euros, bought by a company in the name of a figurehead but in fact owned by Camilla Fabri, former saleswoman and model wife of a wealthy Colombian entrepreneur. Investigations by the Guardia di Finanza in Rome have brought to light a money laundering system set up by the girl and her husband, which from Maduro’s Venezuela passes through Moscow, Dubai and reaches Rome, Fabri’s hometown. She who has come a long way since she was a 19-year-old full of dreams and high hopes trying to launch a career in television. Today Camilla is wanted by the Rome prosecutor’s office, which wants to place her in prison. After months spent in Venezuela campaigning for her husband’s release held in the United States, the 28-year-old is on the run. No one knows where she is: part of the family, also wanted, seems to be in Dubai.

According to investigators, Alex Naim Saab Moran and Camilla Fabri “managed and organized an association for the purpose of shielding, through the use of front names, the numerous foreign companies managed by Alex Naim, or in any case attributable to him, and to transfer to the current accounts of these companies and from the current accounts of these companies , so as to make it difficult to identify, the enormous sums of money proceeding from the crimes of corruption, misappropriation of public funds and money laundering committed by Saan Moran Alex Naim in foreign territory”. In particular, reference is made to funds acquired through the alleged payment of bribes to Maduro government to secure commercial contracts worth millions. Above all, those relating to food subsidies and the construction of privileged housing buildings. The money obtained through these contracts would then be used to create companies in various countries, even with preferential taxation, then managed by nominees. The latter would have been chosen by Camilla Fabri among her family members, who were paid handsomely (even 15 thousand euros a month) to “put signatures, do things”.

Seen by those investigating how Alex Naim’s main collaborator, Camilla Fabri, according to what is written in the order ordering her detention, “actively worked to recruit the various frontmen and factotum necessary to transfer and hinder the identification of the enormous flow of money coming from the crimes committed abroad by her husband”. “Mom they are creating a company where I am the owner of the shares, they are protected property and they cannot take anything away from me”, Camilla says to her mother on WhatsApp, speaking of the possibility that Finance will take away their assets.And when she is in charge of recruiting the various nominees, she gets angry with her brother-in-law and sister because they have provided, for the payment of the money, the current account that have in common: the name Fabri, in fact, must not appear, otherwise the Finance could take away her assets. And he scolds his brother-in-law for his behaviour: “You have to be serious, you don’t joke around, you have to go around the banks and they don’t like making faces”, he says.

David Martin is the lead editor for Spark Chronicles. David has been working as a freelance journalist.
Previous Depp-Heard trial, Amber breaks down in tears in court
Next Indivisible Download Full Game PC For Free