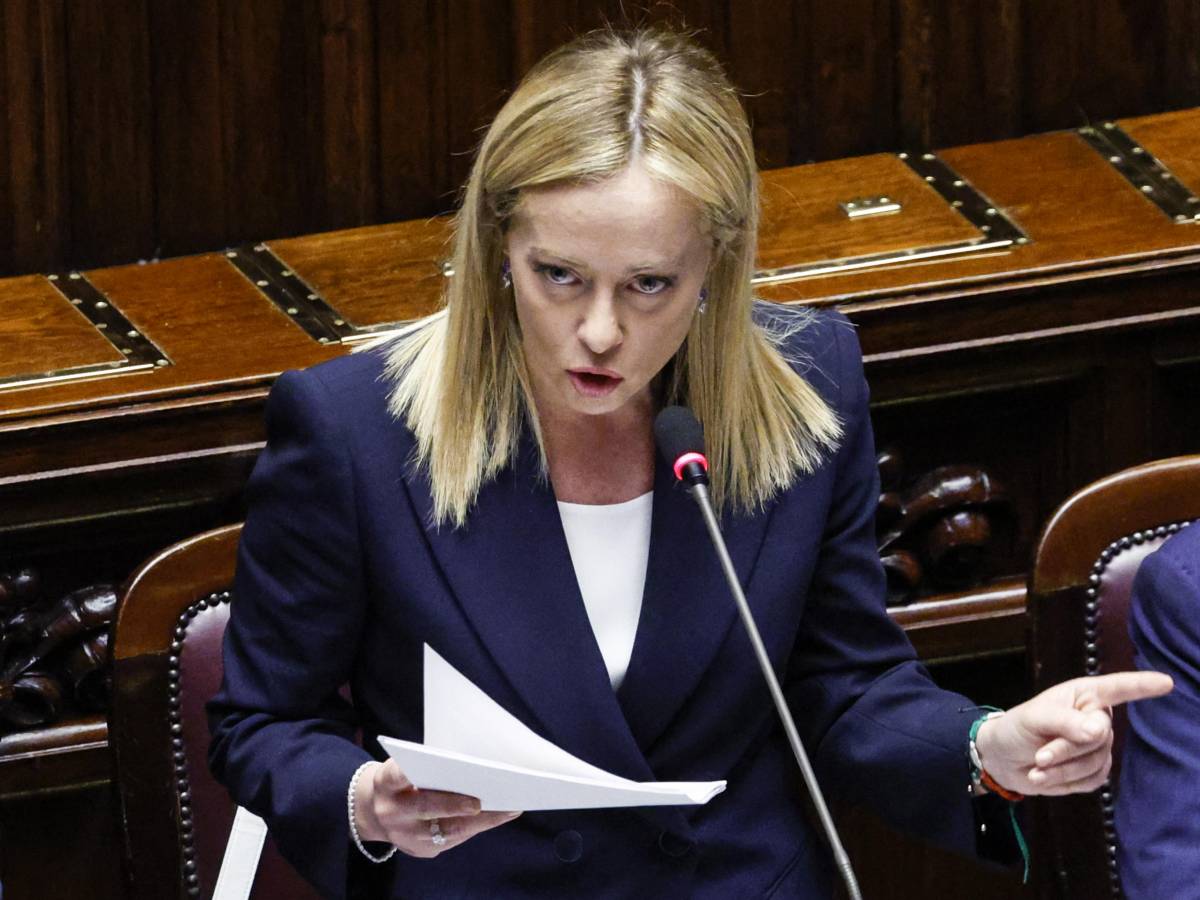 From the section to Palazzo Chigi: this is how Meloni has overturned all the predictions

“I come from a cultural area that has often been confined to the margins of the Republic, and I certainly haven’t made it this far in the arms of a family context and influential friendships”. He is keen to underline this Giorgia Meloni, the first Italian woman to speak as premier in the Chamber of Deputies. And to point out that she is one who made it on her own and against all odds, she uses an Anglo-Saxon term: underdog. A term borrowed from the sports lexicon that thus defines an underdog athlete or team who then manage to turn the situation in their favor and establish themselves, against all odds.

Turn the odds upside down. A feat that Giorgia Meloni has already accomplished by bringing her party from 2 percent to the government of the nation in less than ten years. And in which he still wants to try his hand as prime minister, ferrying the country (to use the metaphor of the ship) out of one of the most serious crises since the second post-war period. Who knows if he imagined that one day he would write history by becoming the first woman Prime Minister of the Republic, when as a young girl outraged by the murder of Paolo Borsellino she knocked on the door of the section of the Youth Front of Garbatella, starting her political career.

A career that starts with the commitment in schools with the coordination of the “Ancestors” and the appointment in 1996 at the helm of Student Action, the youth movement of An. For her the institutional positions arrive immediately: at the age of 21 she becomes councilor of the Province of Rome. In 2004 she was elected president of Youth Action and in 2006 she arrived in Parliament at a very young age. She is not even thirty years old but she conquers the position of Vice President of the Chamber with study and dedication. Two years later she becomes the minister youngest in republican history, when Silvio Berlusconi chooses her to lead the dicastery of Youth.

The break between Cav and Gianfranco Fini marks a watershed. She decides not to follow her mentor and founds Brothers of Italy together with Ignazio La Russa and Guido Crosetto, also in controversy with the refusal to carry out open primaries within the PDL. For many, the new line-up has no future. At the policies of 2013 it barely gets 2 per cent and at the Europeans of the following year it does not even manage to overcome the barrier. But theunderdog Italian politics, as he wanted to define himself, manages to overturn the dire predictions. In 2018 the party doubles the consensus and thanks to the maintenance of a coherent identity line (FdI does not join the yellow-green government, nor of the national unity government led by Draghi claiming its diversity) it gains ground on its allies.

The following year the first governors arrive, in Abruzzo and Marche, and FdI overtakes Forza Italia. Giorgia Meloni is increasingly the protagonist. The of her “I am Giorgia“pronounced at the demonstration of the center-right in Piazza San Giovanni will become a catchphrase (and also the title of his autobiographical book). The popularity towards him grows and right on the wave of popularity comes the affirmation on the international level. The only woman leader of a Italian party, becomes president of the European party of the Conservatives and Reformists (Ecr). The subsequent political moves are all spot on: responsible opposition, not shouted (or rather, shouted enough), with the North Star fixed in the protection of the national interest.

The Italians realize this and reward Giorgia, the ex-girlfriend of Garbatella who is liked above all because she is real, credible. Besides, she is a fact, because she is the only one not to have held positions of government in the last legislature. He clearly wins the media duel with the secretary dem Enrico Letta in the electoral campaign and leads the party to triumph with 26 percent. Everything else is history.

Videogames entered his life in the late '80s, at the time of the first meeting with Super Mario Bros, and even today they make it a permanent part, after almost 30 years. Pros and defects: he manages to finish Super Mario Bros in less than 5 minutes but he has never finished Final Fight with a credit ... he's still trying.
Previous Leipzig – Real Madrid: 3-2 Champions 2022/2023. Final result and commentary on the match
Next ‘The next seasons as the GoT power plants’