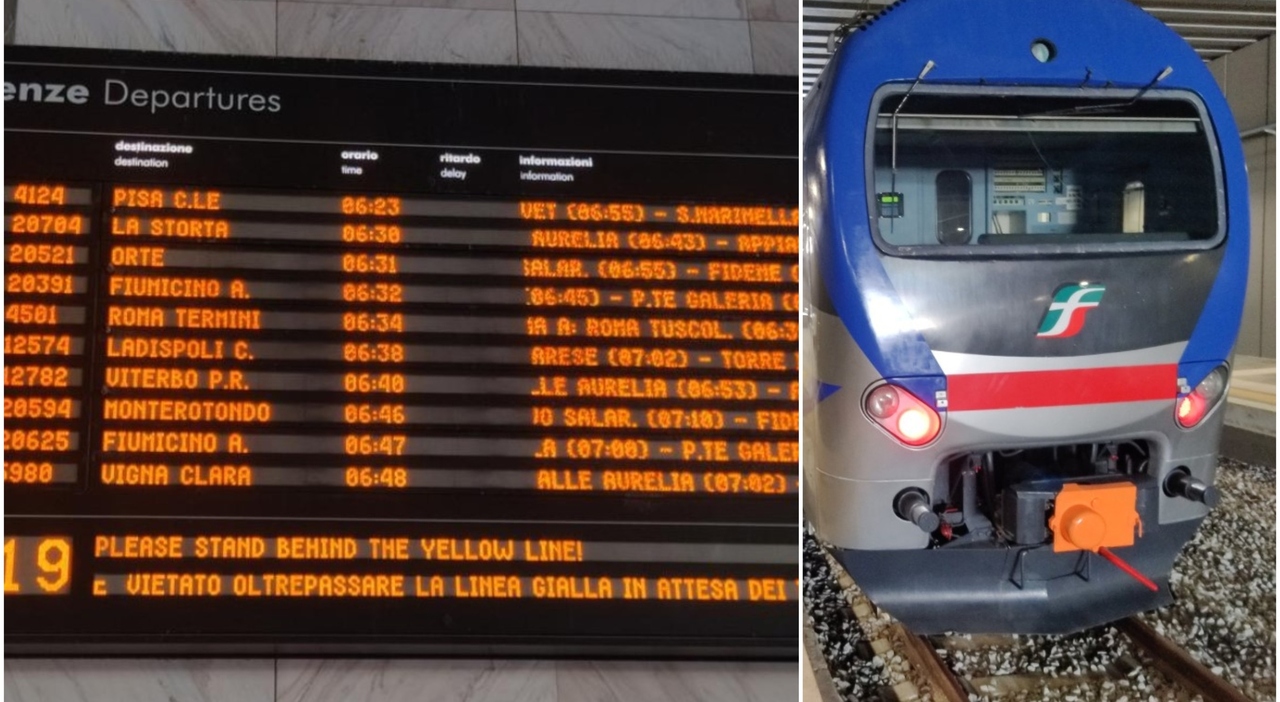 from today 9 daily connections with Rome-Ostiense

After more than 30 years, it has reopened its doors Vigna Clara station in Rome. To inaugurate the reborn system this morning the Regional 5980 carried out by TAF n.29 arrived one minute early at 7:12 in the only platform present in the station. To welcome the train there were several people, including journalists, enthusiasts and above all, inhabitants of the neighborhood who on this as on the other trains scheduled from Monday to Saturday will have to travel on this line.

From today, therefore, the citizens of the northern area of ​​the capital will be able to get on again one of the nine trains that, limited to weekdays, will travel the approximately seven kilometers of railroad that go to Rome Ostiense, passing through the stations of Valle Aurelia, Rome San Pietro, Quattro Venti and Rome Trastevere.

Rome, «Put the mask», Atac drivers attacked and kidnapped on the bus: 3 arrests

“At 7.42 the first train left from Vigna Clara Station. Today’s for our Town Hall, but also for the whole city, is a historic day: a dream that comes true, as well as a goal that has finally been reached. A long story that has seen us at work since 2015 when, during the old council, we were considered crazy for having had the idea of ​​taking over the project of the ghost station. The same period in which we have forcibly financed and started the works, and then completed them»Declared in a note the President of the XV Municipality, Daniele Torquati. “A long and complicated path but those who have always seen us, both in the majority and in opposition, lined up in favor of openness. A joint work between administrations, for which I thank the mobility and transport departments of Roma Capitale and the Lazio Region, who have allowed us to get here after years and so much effort. It is not over, however, today as well as a goal must also be a further step to finally arrive at the completion of the redevelopment of the area. A broader overall project that necessarily requires an RFI short, medium and long term plan. First of all the parking in via Monterosi, a project proposed by us in 2017, resumed in the extraordinary council at the end of February, but which can only be built next year“.

Pescara-Bari, a railway blocked by bureaucracy and bird nests. Lighthouse of the Court of Auditors

Tracing the history, this station was built for the 1990 World Cup in Italy. Costing tens of billions of lire, it remained operational for just eight days, before ceasing to function following a complaint by some residents for alleged safety and public health problems. After 25 years, in 2015, the possibility of a reactivation in view of the extraordinary Jubilee of the following year seemed more than concrete, but a series of appeals to the TAR blocked everything again.

David Martin is the lead editor for Spark Chronicles. David has been working as a freelance journalist.
Previous The 38 best queer movies of all time
Next Gaslit 2 season: release, plot and cast

Blake Lively and Ryan Reynolds, beloved couple of the star system, own a dream villa …