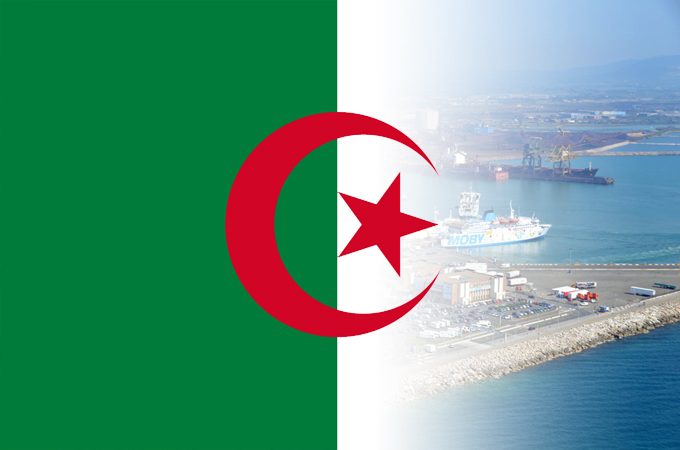 GAL-No, that is, tell me which gas matters and I’ll tell you who you are

There is everything in this story: unspent European funds, infrastructural and industrial delays, the failed energy hub, cross vetoes and bad Russians. And choices that then fall on the community… 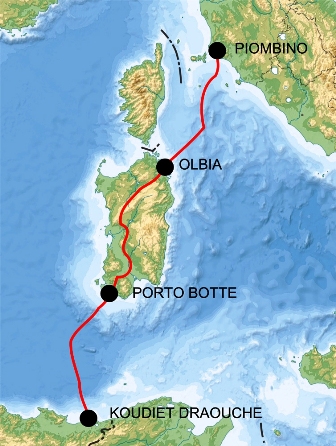 PIOMBINO (Li) – No, it’s not the all Victorian Galsworthy or the certainly better known Gal Gadot, it’s the GALSI. An acronym that doesn’t say much to most. In fact, it’s a name buried in the sands of time and paperwork. Dissolving the acronym, it means “Algeria Sardinia Italy gas pipeline”. It sounds unfamiliar but less unfamiliar. Later on, another acronym will enter the scene, “LNG”, but after. Going back to GALSI, it is a project for the import of gas from Algeria to Italy, via the Sardinia. Piombino its peninsular port. A project of great importance for Italy, for its regions involved, Sardinia primarily, but also for the European Union itself which had identified it as strategic.

The pipeline it should have been completed first in 2010, then in 2012 and, extension after extension, even in 2018. It is estimated that it could have imported around “8 billion cubic meters per year” [1]. To make a comparison, although not exhaustive, a pipeline currently in operation such as the TTPC has a carrying capacity of approx 34 billion meters cubes per year [2]. The journey of the GALSI was planned as follows: Koudiet Draouche on the coasts of the North African country with which Italy boasts consolidated relations, I arrive at Porto Botte in the south of Sardinia, then Olbia and then Piombino, its final destination. A route much shorter compared to that of currently active gas pipelines such as the already mentioned TTPC or the others.

The pipeline objectives there were at least three. First, favor one diversification of European supplies, even then with a view to reducing the power of blackmail of some countries. Making of Italy that longed for “energy hub”, putting to good use – and at the service of the whole EU – its natural position as a bridge in the enlarged Mediterranean or Mare Nostrum, if preferred; meanwhile Turkey, through which TAP passes, is preparing to become one. Finally, the methanisation of Sardinia, region then not reached by natural gas, where LPG, propane air and diesel were resorted to heavily climate-altering. A serious gap considered, at least, a contributing cause of the profound one deindustrialization of Sardinia, which was painstakingly remedied only in the following years, thanks to the investments of Italgas through Medea [3]. For example, the first city to be reached by natural gas was Alghero, only in 2020. In fact, the Sardinia Region has always been at the forefront of supporting the project.

We talk about GALSI since early 2000; in the following years there were precise agreements between Italy and Algeria, such as the one between Prodi and Bouteflika in 2006. Over ten years ago, the European Union assessed this pipeline a work of strategic relevance also establishing a loan from 120 million euros, included in the European Energy Program for Recovery, as part of the post-2010 anti-crisis measures.

In the 2011 the Tuscany Region gave a favorable opinion to the Ministerial street asking, however, for some compensation or rather “the construction of a submarine pipeline from Piombino to Elba to allow the methanization of the island” And “the creation of a favorable context for Tuscan companies or those intending to locate themselves in Tuscany, through the possibility of accessing supplies of methane gas at advantageous prices, while respecting the protection of competition” [4]. Previously, in the 2009-2010 PIER, the Region planned to build the GALSI gas pipeline and two regasification Leghorn And Rosignano.

On several occasions the various Italian governments have underlined the importance of the project; it is enough to mention Gentiloni’s visit for all [5] in 2015, during which the current European commissioner reaffirmed his willingness to relaunch the project. Over the years, however, the process gets stuck, between vetoes by committees, also in Sardinia, attempts at obstruction, such as that of Gazprom, worried by the risk of losing a slice of the market – this would confirm the goodness of the work – and red tape, above all in the Tuscany Region.

Eventually, the project stalls and in 2014 the EU withdraws funding for “lack of progress” [6], as also confirmed in recent questions presented by the Italian deputation in Europe [7]. The Region claims that the reasons for stopping the project lie in the lack of compensation or why, in the words of the then commissioner Bramerini (2013), the “submarine connection between Piombino and Elba would have been built at the expense of the community” and why GALSI had expressed “willingness to open discussions with the Tuscan business associations, but also said that, due to the gas market crisis, he could not give any guarantees on this issue”. These explanations deserve further clarification.

Gas as a “bridge resource”

Thanks to its ability to generate electric current continuously and with reduced (not absent) emissions compared to other fossil sources, gas – Ursula’s word – has been identified as a “bridge-resource” for the ecological transition; in essence, gas is necessary to accompany the transition to renewable sources considered “clean” – even if another debate could be opened on this starting from the raw materials, the rare earths. In fact, even gas has been plugged into the RePowerEU.

Recently the Algerian press [8] had speculated on a new relaunch of the project, as part of Algiers’ strategy to transform itself into a intercontinental gas crossroads, also thanks to the hypothesized Nigeria-Europe pipeline, but most probably he did not take into account the new and recent developments in the Tuscan port which could be already busy in the meantime.

Meanwhile, driven by the energy crisis, Piombino it has returned to the center of regional strategies and beyond. A debate could be opened on the concrete prospects of one Post-industrial sinker: very few reclamations and reconversions and “green” projects have been seen while deindustrialization has bitten.

According to the facts, now, instead of being the landing place for a gas pipeline, subject to compensation, albeit not fully specified as illustrated above, Piombino has been chosen as site of the regasification terminal, TAR permitting. However, the region-government alignment suggests that there will be no problems; that served it “nationalize” the question, first with Draghi, now with Meloni.

Self on the environmental impact it is not easy to pronounce and it is better to lean on the opinion of the technicians, it is good to clarify some aspects of the regasification terminal and of the resource that uses LNG. As any infrastructure has an impact, in this case the rules have not been established in advance compensations; on the other hand, a mediation was underway on GALSI, although difficult, this certainly risks being downwards precisely because “it must be done”.
The gas, in this case, is liquefied and must be “regasified”. The regasification terminal must be bought, shipped, assembled and times are not short (see above). THE LNG prices are, in principle, much higher due to spot contracts – ships arrive where it is more convenient – compared to natural gas which arrives only later economic agreements with a diplomatic background; with the Algerians you can always sit down at a table and mediate given the legacy of Mattei’s geo-energy policy.
In short, the choice is between swings (blackmail?) of prices, uncontrollable, e political agreement or, as energy experts say, “marriage”, as countries are linked by a pipeline.

The energy model of imports alone has shown its extreme fragility. The country, under the blows of energy shortage, is forced to evolve towards a model based on a non-simple and non-immediate one self-production, focusing on all available sources, primarily renewable, which however are still studded with constraints.

Everything suggests that, compared with the regasifier, the gas pipeline would have been a sensible investment, given the contingencies, given the ever-complex geopolitical framework North African unstable due to tensions between republican Algeria and royalist Morocco (which previously led to interruptions in the flow passing through Morocco and then Spain) and also given the trend in gas prices, destined to remain stably high. It is a consequence of the era of scarcity.

Then there is one last reflection to make, which invests destiny, the territory planning who suffered, both from an environmental point of view and for deindustrialization (and the unfulfilled promises of a “green” relaunch) and that it finds itself having to put up with a choice without certainties and above all without the possibility of mediation substantial political and economic. 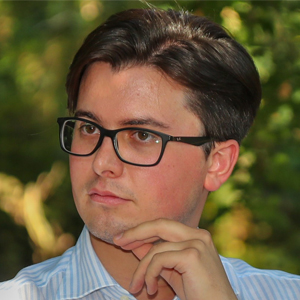 Freelance journalist and press office for associations, foundations, companies.
He collaborates with Italian and international journals and study centres.
As a parliamentary collaborator, he also follows the work of the VIII Commission in the Chamber.

David Martin is the lead editor for Spark Chronicles. David has been working as a freelance journalist.
Previous Farming Simulator 19 Download Full Game PC For Free
Next here is an alternative to sign 1