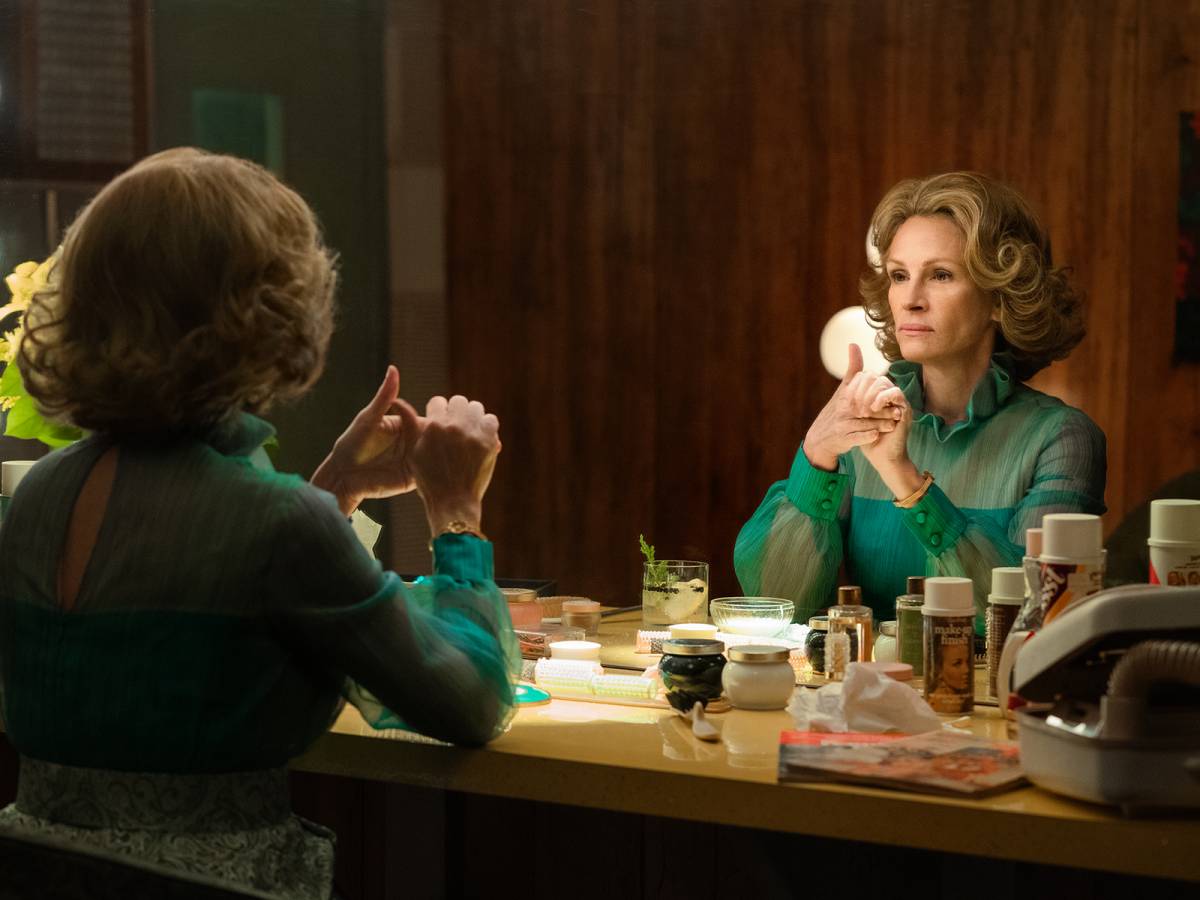 Gaslit, the series with Julia Roberts who “re-reads” the Watergate scandal

A TV series that mixes true events with a skilful historical reconstruction of a very important period for the american culture and not only. A series that talks about politics, intrigue, of power games, and which photographs a decadent image of the city of Washington. A series that talks about the power of men through the eyes of a woman. These are the winning features of Gaslit, the TV miniseries that recounts the Watergate scandal, available in Italy and simultaneously with the USA on StarzPlay from April 24 with one episode a week. With a cast of great stars, including Sean Penn, Julia Roberts and Dan Stevens, the series aims to tell the background of the scandal that shook the Nixon administration, through true stories and characters who really existed for a new look at a very complex story that has upset the entire political structure of America yesterday and today.

Eight episodes planned for Gaslit, whose events are based on the podcast entitled State Slow Burn by Leon Neyfakh, a well-known American journalist and radio host. The realization was announced in February 2020, but shooting only started last year due to the restrictions imposed to contain the spread of Covid-19, and because Sean Penn had forced the cast and crew to undergo the vaccination to avoid problems during work. Certainly, it is not easy to write a balance sheet of a TV series after just one episode, and yet Gaslit it seems that it has all the credentials to become a wide-ranging product, capable of being both a historical drama and a piqued and witty satire on a world of great socio-political and cultural changes.

America, the 70s and the Watergate scandal: the plot of the TV series

A look at a vintage television playing pictures from an old talk show. The applause and laughter of the audience. In the background appears a woman with strange hair and a brightly colored dress. An emcee announces the arrival of Martha Mitchell (Julia Roberts). This is how the first episode of opens Gaslit who immediately presents his character peak, and the one who will then find himself embroiled in a murky game of power. Mitchell is one of the most famous women of Arkansas high society. She is a Republican and is married to John Mitchell (Sean Penn), attorney for President Nixon. They are a coveted couple, loved by the press and protected by the presidential entourage.

A life, that of Martha, which flows serenely between a TV interview and a gala evening. Until, and by pure chance, the woman becomes aware of some “trafficking” wrongdoing of her husband so as to be the first to fear the involvement in those trafficking of Nixon himself. You are the first to publicly launch accusations about the Watergate case. John Mitchell, a capricious, foul-mouthed and full of himself man, thus finds himself between a rock and a hard place, torn between loyalty to the president and love for his wife, who was then nationally defamed just because she was a woman and because she cared. of men’s “chores”.

We are faced with an impressive TV series, cured both from an acting point of view and in the reconstruction of the atmospheres of the time. It is not just a fiction that tells one political scandal of biblical proportions, but it is also a human fresco of a woman who moves in a world of men only, forced to come to terms with herself in order to preserve her status quo. And Julia Roberts was superb in this role. The ex pretty woman back on TV and after the great success achieved with Homeconing – Amazon Prime series – in a respectable role that brings out even more her qualities as an actress. But that is not all. Gaslit it takes on even more appeal also due to the presence of tall, appealing faces. Roberts shares the screen with Sean Penn, unrecognizable in the role of prosecutor Mitchell, without forgetting the presence of Dan Stevens – seen in Downton Abbey and Legion-, in the guise of John Dean, lovable womanizer.

What’s behind the scandal that led to Nixon’s resignation

There TV series in question, at least in its first episode, does not go into the details of the scandal but suggests how events developed with a certain rapidity.

It all begins on the night of June 17, 1972 when a security guard named Frank Wills is guarding the building complex known as Watergate in Washington. During his rounds, Wills notices duct tape on the door that marked off the stairwell and the underground car park. After an initial hesitation he decides to contact the police who then track down a small team of Cuban exiles intent on tinkering in the office of the central committee of the democratic party. From that moment the investigations start and after many months those men connect to the presidency of Richard Nixon, or rather to his “re-election committee”. At the time, the president of the United States was in crisis in the polls and declining in popularity but above all he was engaged in the electoral campaign for the presidential elections which were to be held the following November.

Right from the start the scandal took the name of “Watergate” just like the building where the men of the committee had placed bugs to intercept and record democratic communications. The national reverberation of the story comes thanks to two young people reporter, Bob Woodward and Carl Bernstein del Washington Post, who moved the first ones accusations and that they began to investigate the matter. The Watergate case made it to all the newspapers and then hit the social and political fabric of the period, still shocked by the atrocities of the Vietnam War. The fact in the following years led to the start of the impeachment procedure for re-elected President Nixon and, subsequently, upon his subsequent resignation.

Gaslit not only tells the reasons for which those interceptions were hatched in the shadow of the White House, but also sheds light on the characters who then uncovered Pandora’s box. Figure really existed was that of John Dean, who was responsible for controlling the leak. Even more so was Martha Mitchell. Julia Roberts lends her face to a very controversial woman in American history of the last century. Nicknamed the “talker of the south”, she was a source of gossip and indiscretions about the Nixon administration, so influential as to have a post between the lines of Life Magazine and the New York Times. This impetuous character was then the downfall of her. And it is precisely against her that he lashes out press sympathizer, tarnishing his image in front of supporters.

It is a series to be tasted sparingly so as to be able to savor all its facets. It is indeed a historical drama, it is indeed a popular novel, but it is also an all-female story about the power of women in contexts that are not very open to inclusiveness. And Gaslit it works for that very reason. Enclosed in itself a microcosm ready to expand that will appeal to those looking for an engaging series poised between fiction and documentary. This is certainly not the first (and it won’t be the last) re-reading of Watergate. Before Gaslitfor example, we point out the 1976 film with Robert Redford and Dustin Hoffamn entitled All the president’s men based on the essay by the two journalists who investigated the scandal.

David Martin is the lead editor for Spark Chronicles. David has been working as a freelance journalist.
Previous GRID Autosport PC Free Download Full Version
Next Jennifer Aniston, peace made and admiration for her father John Aniston