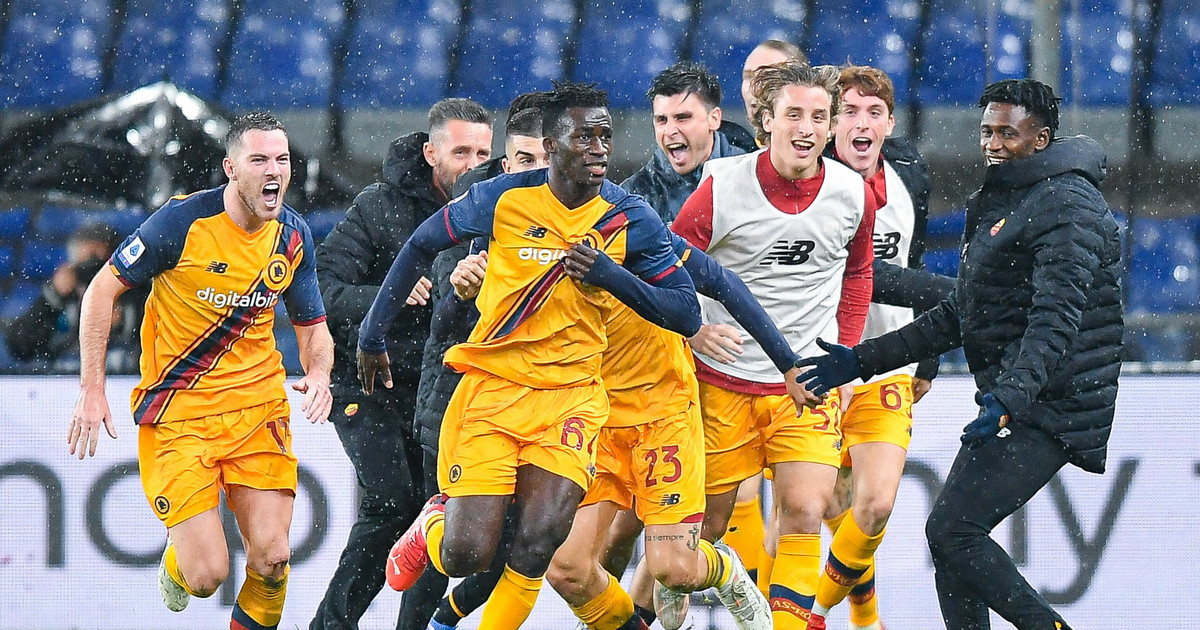 Genoa – AS Roma. Fantastic performance of Felix Afena-Gyan in the match against Genoa. Serie A

On Sunday evening, the team from Rome competed in the 13th round of Serie A with Genoa, which was led for the first time by Andriy Shevchenko. Giallorossi, although they dominated the field, could not document their advantage with the goal for a long time. In the 74th minute, Jose Mourinho reached for Felix Afena-Gyan, who replaced Eldor Shomurodov. The 18-year-old had no problems on the pitch and a few minutes later won the Roman club. For the footballer from Ghana, it was only the third appearance on the fields of Serie A.

In the 82nd minute Afena-Gyan finished the individual action of Henrik Mkhitarjan in cold blood, and in the extra time he tried on beautifully from a distance, even enchanting with his performance.

The media on the Apennine Peninsula are delighted with the game of the player from the Black Continent, who went down in the history of the capital club. Afena-Gyan has become the youngest player to score at least two goals for AS Roma since three points are awarded in Serie A for a win, he is also the first player born after January 1, 2003 to enter the list of goalscorers. this season Serie A. Additionally, he can boast of being the youngest goalscorer at least two goals in the top five leagues in Europe this season.

After the victory at the Stadio Luigi Ferraris, the 18-year-old paid a lot of attention to Jose Mourinho, who revealed an interesting story related to the young footballer in front of the cameras of DAZN.

– I promised Felix Afena that I would buy him the shoes he likes so much. I will not talk about the brand, because I do not want to do advertising. They cost a lot – 800 euros. After the game, he ran up to me and asked if I remember that. The first thing I will do the next day is to buy the aforementioned shoes – said the Portuguese coach.

David Martin is the lead editor for Spark Chronicles. David has been working as a freelance journalist.
Previous Producer inflation in Poland – October 2021
Next This is how Merkel achieves her goals

For many years, there has been a heated debate as to who is the best …