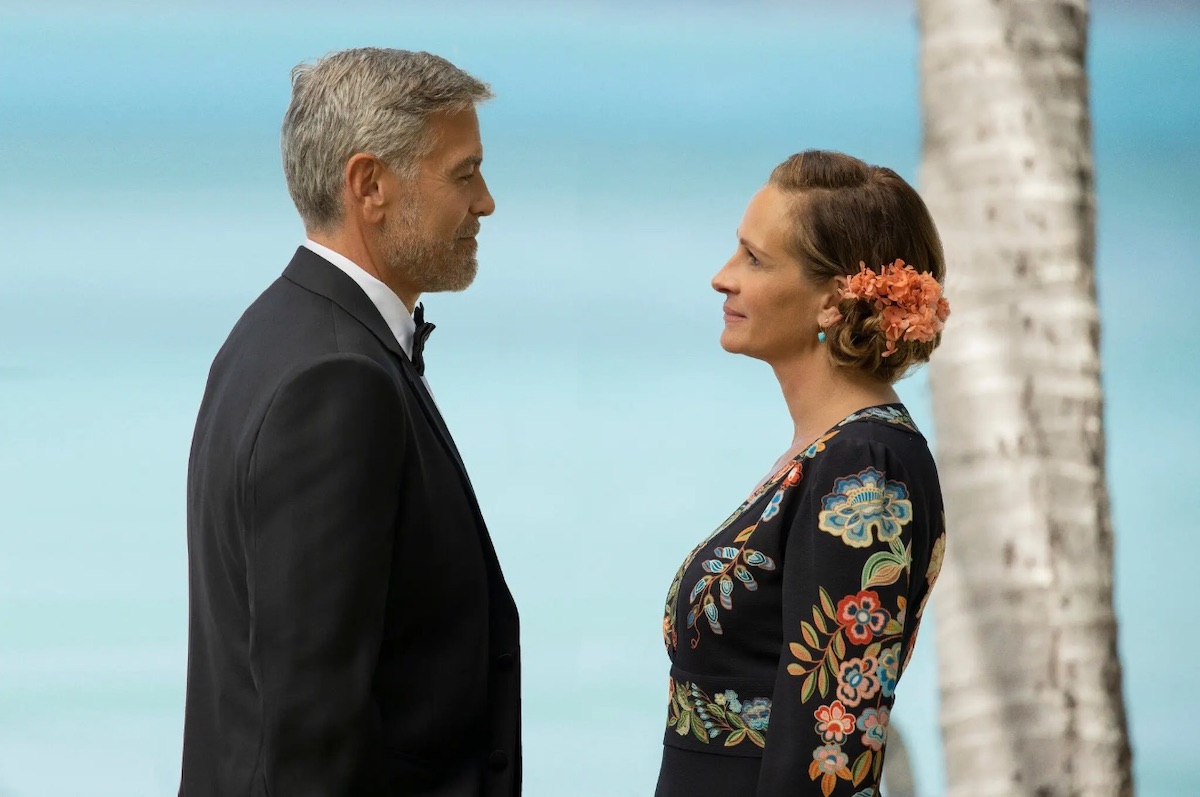 George Clooney? Julia Roberts? A rom-com? ‘Ticket to Paradise’ is not a movie, it is a time machine

Movie stars: do you remember them? Ticket to Paradise certainly yes, and it relies on you viewers to really let go of the comfort of your sofa and your 7,200 streaming platforms for a moment to go and see them! Together! In a romantic comedy! At the cinema, like in the old days! Gathering George Clooney and Julia Roberts and assigning them the role of two former spouses who have been divorced for many years who now hate each other but who are forced to become accomplices to sabotage their daughter’s marriage raises a forced question: wait, what year are we exactly?

A long time ago, in a galaxy far, far away, such a thing was at the same time a great deal for the Studios and certainly not a big event, considering that two names like these you would punctually find them in the cinema at least once a year, and that rom-coms were a staple in any spectator’s diet. Now… well, just hit “play”. To say that the film landscape has changed, since Clooney and Roberts were the undisputed kings of the red carpets, is to live on Mars, and not having realized the transformation of the supply and demand of what we call “entertainment”. We have forgotten the power that movie stars had when they didn’t just have to blow up entire cities or wear a onesie with a cape. Fortunately for us, the two protagonists of this film remind us of what we have been missing all these years. There was certainly no shortage of bad movies. But we certainly missed seeing what two superstars can do when sharing a screen.

But let’s get to the film. David (Clooney) is an architect. Georgia (Roberts) a gallery owner. In a very remote time they were very much in love, then they weren’t anymore, and now they can’t even stay in the same room. The only thing I still agree on is that their daughter, Lily (Kaitlyn Dever), is an angel and that, now that she is graduated, she deserves a trip to Bali with her best friend. (Billie Lourd). But, out of the blue, David and Georgia receive an invitation for their beloved daughter’s upcoming wedding; the groom-to-be is a seaweed farmer named Gede (Maxime Bouttier) known on vacation. Obviously the parents are not happy at all. So they take the first flight to Indonesia – on which, ça va sans dire, they find themselves seated neighbors – and, once they land, they try to mess up the wedding. By any means necessary.

If you were alive when you went to the cinema in the 90s, you already know what happens next: stolen rings, low blows, machine gun squabbles, the most photogenic smiles ever seen on the face of the Earth, retirement-age sex symbols dancing in disco on the notes of Jump Around. There is more but, to tell the truth, not so much. Georgia has a charming young French boyfriend (Lucas Bravo’s Emily in Paris). Lourd, the perfect comic shoulder, drinks liters of alcohol. The title paradise is real, with a Bali that is truly an exotic Eden. After all, the director and screenwriter Ol Parker is the same behind Oh mama! Here we go againwhich is not surprising at all.

Ticket to Paradise it is a high-budget nostalgia operation, and not just aimed at the times when Pretty Woman or Out of Sight, Best Friend’s Wedding or First I’ll marry you then I’ll ruin you were titles for which you left the house and paid for a ticket, but even at the time when Cary Grant and Irene Dunne were the stars of the so-called “marriage comedies” in which you had to wait 90 minutes before seeing the two protagonists recover, inevitably, together. Nobody will think that Ticket to Paradise it’s a great movie, but seeing Clooney and Roberts bickering with each other in the background of what looks like a computer screen saver is still a blast.

Watching them argue, or staging the usual bedroom farce, or remembering everything that went wrong between them can sometimes even give you goosebumps. That’s why they are two movie stars, you will think in more than a moment. The level of charisma and chemistry they can produce as a couple is incalculable. Self Ticket to Paradise had it come out in 1998, it would have been yet another comedy to watch on the plane during a long flight. Going to see this kind of time machine at the cinema today is a breath of fresh air. We would like more products like this, even in their punctual mediocrity. The movie stars have not yet become completely extinct.