To pay for the sensational flop World Cup, the second in a row, is the former AC Milan striker

Revolution underway in German football. After the sensational flop in Qatarwith their second consecutive group stage elimination, the German Football Association (DFB extension) announced the termination of the contract of Oliver Bierhoff. The former Udinese and Milan striker pays for everyone and leaves the role of managing director of the national teams and the Academy: “After 18 years in positions of responsibility at the German Football Federation (DFB), I have resigned from my position as director delegate of the national teams and the academy with immediate effect. I agreed this today with president Bernd Neuendorf. I am thus paving the way for new decisions,” reads a statement by Bierhoff.

“My work has always been guided by the conviction that I should do my best for the DFB and the national teams – wrote the 54-year-old who joined the federation in 2004 and became world champion in 2014 – That’s why the performance of the men’s national team at the World Cup in Russia and Qatar hurt me even more. That’s why I don’t leave without the necessary self-criticism. In the last four years we have failed to build on previous successes and give the fans reason to celebrate again. Some decisions we were convinced of have not been proved correct. No one regrets this more than I do. I take responsibility for it. I wish the DFB every success in their important tasks. I hope that the fans will continue to support our teams with passion in the future as well.”
See also 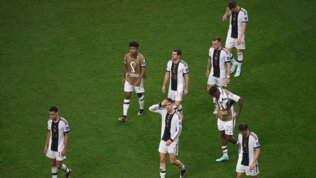 qatar world cup 2022
Germany, flop like Italy: after the World Cup out twice in the 1st round

THE DFB: “THANK YOU OLIVER”
“Oliver Bierhoff has rendered great services to the DFB. Even if the last few tournaments have not lived up to the sporting goals, it represents great moments. His work will always be linked to the success of the World Cup in Brazil. Even in turbulent times, he has always pursued his goals and visions and left an indelible mark on the DFB. On behalf of the employees of the DFB, I would like to thank Oliver Bierhoff for everything he has done for us and for football in Germany. We wish Oliver Bierhoff all the better for his future work”. 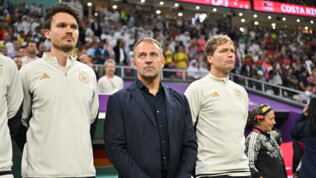 David Martin is the lead editor for Spark Chronicles. David has been working as a freelance journalist.
Previous here’s how motherhood changed her
Next 10 things to know about the protagonist of Persuasion