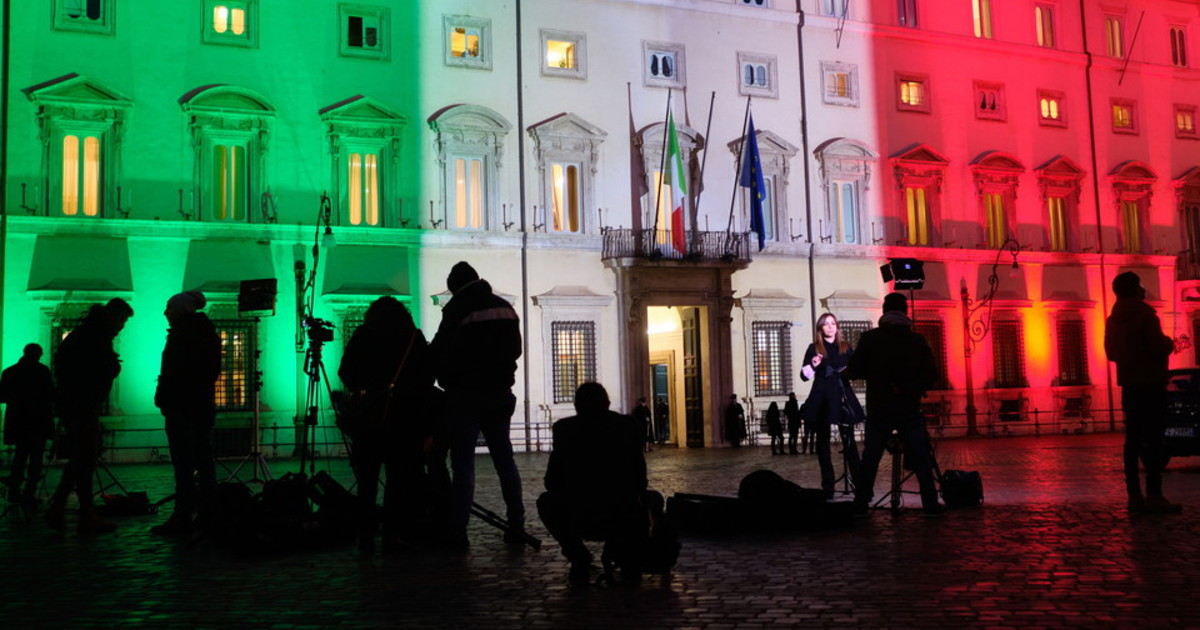 Germany in the crosshairs – Libero Quotidiano

What does the White House expect from Giorgia Meloni’s Italy? Nothing new: stability, concreteness, consistency. It is no coincidence that the recent warning from President Joe Bi den during a pre-election event arranged in an anti-Trumpian key – “You saw what happened in the elections in Italy … you can’t be optimistic” – was immediately tempered , officially, by US diplomacy: the United States is in a hurry to collaborate with the next Italian government in the framework of an alliance that is consolidated and unbreakable under various aspects. Starting with the loyalty with which Meloni and Brothers of Italy immediately positioned themselves alongside the free world that supports Ukraine’s effort in the fight against the Russian invasion. A fundamental point, witnessed by the recent overseas trip of the Melonian executive Adolfo Urso and the authoritative work of Guido Crosetto, co-founder of FdI and a guarantee figure in the heavy industry landscape at an international level.

The credit opening that Washington is reserving for the new right-wing government cannot be underestimated, also because it is placed in a historical phase in which the hard power against Moscow goes through a long period of crisis that reaches the Mediterranean, where interests Italian energy companies are confronted with the growing conditioning power of Moscow and Beijing in Africa (Libya, Algeria, Sahel in particular). If the stabilizing value of Rome’s pro-Atlantic position has never ceased, reaffirmed with increasingly assertive tones and ways by the presidency of the Council entrusted to Mario Draghi since 2021, after two and a half years of Sino-Russian fluctuations meandering in the governments of Giuseppe Conte , now the time has come to free ourselves from any shadow that can be traced back to the sovereign international. Here lies the required concreteness.

GOODBYE TO TRUMP The Italian constitutional right is investing in a strong liberal-conservative imprint that is now hardly compatible with the populist impulses that have become disorderedly clustered around the disruptor Donald Trump according to the narrative canons constructed by his adviser Steve Bannon, who in Meloni saw at the time the promising rear of a unlikely antisystemic movement whose advanced point was constituted by the Lega and the Five Star Movement. Without prejudice to the total irreducibility of FdI with respect to extra-parliamentary radicalism and net of some internal nostalgic residue immediately “reclaimed” by the Melonian leadership, nothing of the old opposing season can survive the test of the polls and the consequent responsibility to “revive the fortunes of Italy (Words of Giorgia), if not in the sublimated form of a legitimate defense of the national interest. And this is where Europe comes into play, crossed by the nationalist thrill of Germany and its Nordic allies with respect to the need to elaborate a continental energy plan and to face in a cohesive way the consequences not only of war of the Russian-Ukrainian conflict. Berlin’s ambiguities over the price cap on gas supplies are seen by Western allies as both an alarm and a sign of weakness. Rhenish Europe is the victim of a big toe egoism due to the surge in inflation that has terrified the Germans since the Wei Mar years at least as much as the current decline in exports on which the surplus of the trade balance is based, which has made it a protagonist Germany in the Asian markets (primarily China, which is suffering from a worrying contraction in GDP).

LATIN BROTHERS Hence the urgency to counterbalance the isolationist thrust by focusing on Paris and Rome, already protagonists of a fertile rapprochement culminating in the Quirinal Treaty signed by the Elysée with Palazzo Chigi, hopes the president Sergio Mattarella: Atlantic Italy that finds a partnership with the Latin sister is committed to the common containment of Asian influence, the southern front of the Euro-Eastern pillar of NATO that goes from the Baltic to the enlarged Mediterranean and frees up resources to strengthen the American presence in the Indo-Pacific. In the absence of a monolithic foreign and defense policy on the part of Brussels, the United States finds itself forced to triangulate with the various European chancelleries; but always in search of an overall realignment that discourages yielding to any form of Ostpolitik. In some ways, a European civil war is already underway in Kiev, the epicenter of the largest geopolitical and axial chessboard that sees democracies and despotisms oppose in no particular order, so there is a need to discourage further anti-European temptations. It is one thing to keep Germany under control, so to speak, it is quite another to run the risk that the EU will disintegrate precisely at the moment when European sovereignty is most needed, still all (or almost) to be rewritten.

Videogames entered his life in the late '80s, at the time of the first meeting with Super Mario Bros, and even today they make it a permanent part, after almost 30 years. Pros and defects: he manages to finish Super Mario Bros in less than 5 minutes but he has never finished Final Fight with a credit ... he's still trying.
Previous Who is Maria Sole Ferrieri Caputi, the first woman who has refereed in Serie A. Authoritative and precise at the debut: “She is the first, not the last”
Next Using the navigator in the car can cost you dearly: when the very heavy fine is triggered