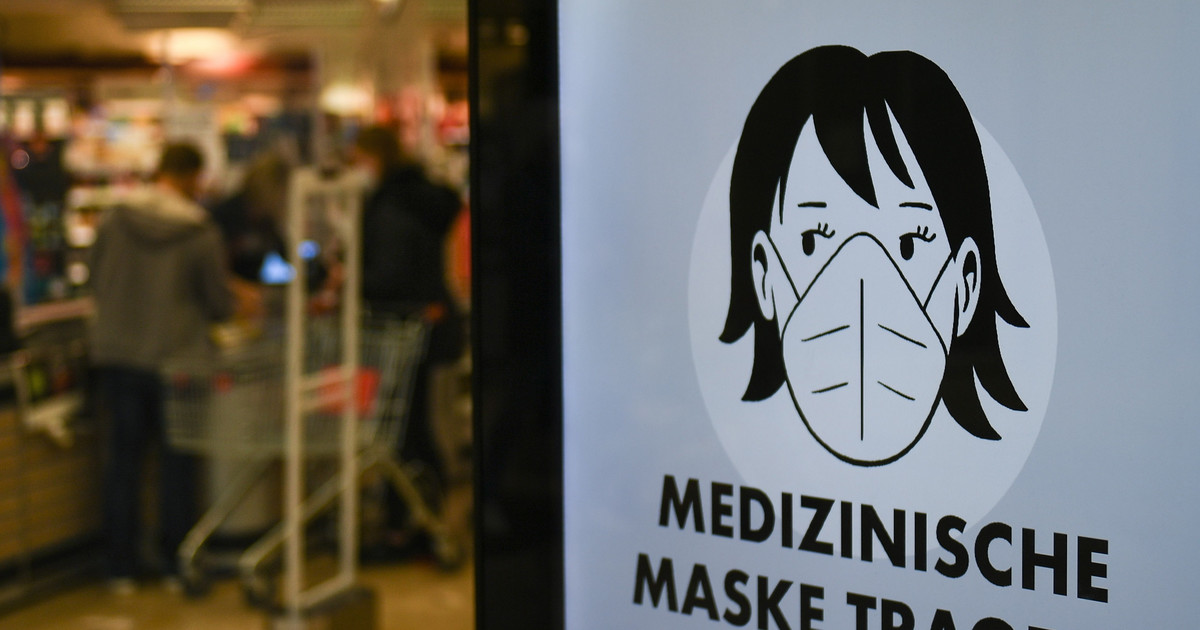 Health authorities in Germany reported 30,643 new coronavirus infections in the last 24 hours. A week ago there were 23,607 of them. There were also 62 deaths related to COVID-19 (a week ago there were 43 deaths); the number of people who died due to or in association with confirmed SARS-CoV-2 infection thus increased to 99,124.

In some federal states stricter measures related to the coronavirus epidemic have been in force since Monday. Due to high infection rates, Saxony in the east of Germany closes recreational facilities, bars and clubs, and canceled Christmas markets.

In Schleswig-Holstein in the north-east of Germany, the so-called 2G rule (admission only for vaccinated persons and convalescents) in closed spaces of recreational facilities and restaurants.

Due to the fact that the seven-day incidence rate was exceeded at the level of 1000, there is a curfew for the unvaccinated in the south-west of the country in the particularly affected counties in Baden-Württemberg. According to the district office of Schwarzwald-Baar, they are only allowed to leave their homes between 9.00 p.m. and 5.00 a.m. for good reasons, such as for work or animal care. The same applies to the district of Biberach, reports ARD TV.

In Bavaria, there will be strict restrictions on contacts with people not vaccinated against COVID-19 from Wednesday. Clubs and bars will be closed for three weeks, there will be no Christmas markets. In the case of cultural and sports events, a maximum of one-fourth of the audience seats will be occupied. In addition, the 2G rule applies to almost all areas of social life, except for retail trade, with a limit of one person per 10 square meters of store space.

Videogames entered his life in the late '80s, at the time of the first meeting with Super Mario Bros, and even today they make it a permanent part, after almost 30 years. Pros and defects: he manages to finish Super Mario Bros in less than 5 minutes but he has never finished Final Fight with a credit ... he's still trying.
Previous Pogon Szczecin. Kamil Grosicki stuck a pin in Paulo Sousa
Next Who will be the new coach of Polish volleyball players? A new name has surfaced