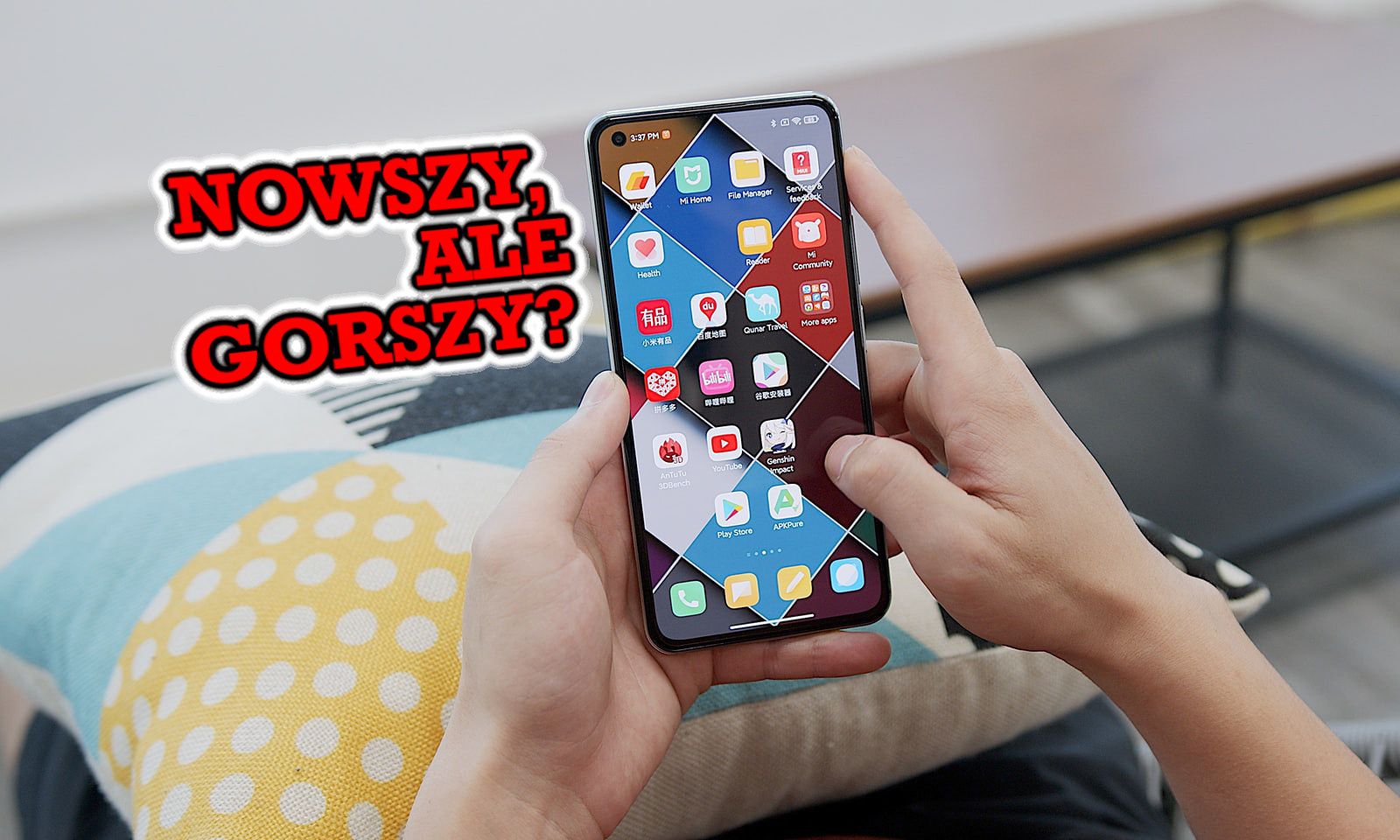 Get ready. 2022 will be the year of smartphones worse than their predecessors

Many customers are used to the fact that new smartphones are at least as good as previous generations, and the only changes are positive changes. However, trends are changing.

The premiere of the first flagships with Snapdragon 8 Gen 1 is behind us. And it is impossible not to notice that their producers made a few compromises.

Xiaomi 12, of course, brings a lot of improvements compared to its predecessor, including a more efficient chip, new CyberFocus autofocus, improved night mode, new design and faster charging. However, a few pieces of equipment went under the knife.

I know, I know & hairsp; – & hairsp; display size is a matter of preference. However, all sales results confirm that the majority of consumers prefer large smartphones.

It is therefore hard to read a drastic reduction in size other than as a cut in costs. Especially that other screen parameters were also hit; It is enough to mention that a year ago Xiaomi strongly boasted of “record brightness”, which was cut in the new model.

What about the camera? Perhaps, despite the smaller matrix, the Xiaomi 12 will take better photos (the software is always the key), but the technical parameters themselves may indicate that the new matrix is ​​a slightly lower class. This applies not so much to the resolution as to the size.

OnePlus 10 Pro also has a few compromises on the counter

OnePlus 10 Pro is also a smartphone in which a lot of things have been improved. The new model & hairsp; – & hairsp; in addition to the more efficient & hairsp; – & hairsp; chip has a more advanced display, a new main camera matrix, a record-wide ultra-wide angle lens or a larger battery with faster charging.

However, this is not the end, because in addition to that, OnePlus 10 Pro is:

As I considered OnePlus 9 Pro to be one of the best 2021 smartphones, I am a bit concerned about the changes in the additional camera. OK, the 150-degree angle of view fires the imagination, but the rest of the parameters have been hit hard.

I love the 9 Pro model for the ultra wide-angle camera, which takes pictures qualitatively comparable to the main camera, and at the same time has an excellent macro mode. The 10 Pro, on the other hand, has a drastically smaller matrix, and there is no sharpening mode at close range.

Another clear cut is the lack of IP68 certification, but that doesn’t have to herald changes for the worse. OnePlus has repeatedly emphasized that it protects its phones reliably against water, but is reluctant to spend money on the certification process itself.

One swallow does not make spring, but a trend begins to emerge

It must be honestly noted that both Xiaomi 12 and OnePlus 9 Pro cost the equivalent of PLN 200 less in China than their predecessors (European prices are not known yet). This explains the cost cuts, but the problem is more complex.

There has been a shortage of semiconductors on the market for several months, and therefore chip prices are rising. In addition, the entire world is struggling with the economic crisis and flagship smartphones are not necessarily on the top of priority shopping lists.

Producers who want to offer lower prices (or at least avoid price increases) have to look for savings. And most likely in 2022, smaller and larger compromises will be visible on many smartphones.

So I advise you to carefully look at the new models. You may find that some feature that you love your phone for will be silently removed from the next generation.

He likes dogs, pizza and popcorn. Already a fanboy of Nintendo and Sony, but today throws anything. He has collaborated on sites and magazines such as GameBlast, Nintendo World, Hero and Portal Pop, but today is dedicated exclusively to Spark Chronicles.
Previous Why is the Australian government not taking a decision on the deportation of Novak Djokovic?
Next Flurona, a mixture of COVID-19 and flu. There may be more and more cases