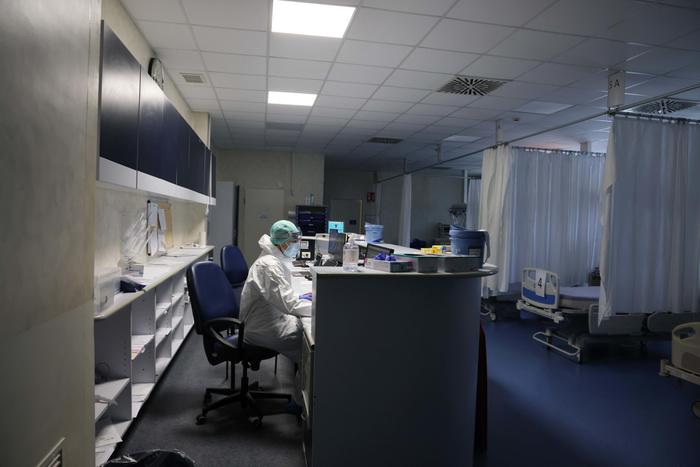 “For the third consecutive week – declares Nino Cartabellotta, president of the Gimbe Foundation – there is an increase in new cases which mark a further leap (+ 51.9%): from just under 161 thousand they reach over 244 thousand, with a 7-day moving average of almost 35 thousand cases per day “. The increase concerns, albeit in a heterogeneous way, all the Regions (from + 18.4% in Sardinia to + 132% in Valle D’Aosta) and all the Provinces except Crotone (-2.4%): from + 9% in Cagliari to + 132% in Aosta. The incidence of reinfections also increases: in the week 22-28 September it is 17.8% (59,172 reinfections), compared to 15.8% in the previous 7 days, according to the latest report from the Istituto Superiore di Sanità. “On the hospital front – says Marco Mosti, operational director of the Gimbe Foundation – after more than two months of decline, there is a reversal of the trend in intensive care (+ 21.1%), and a clear jump (+ 31.8% ) admissions to the medical area. Admissions to intensive care – he points out – after having reached the minimum since July 2021 last week, have almost doubled with a 7-day moving average of 21 admissions / day vs 11 admissions / day “. Deaths continue to decrease: 281 in the last 7 days (of which 6 referring to previous periods), with an average of 40 per day compared to 44 in the previous week.

The new wave of cases – it is assumed – would be due to Cerberus, the technical name BQ.1.1

New vaccinates drop in the week of September 28-October 4, while as of October 5, 6.81 million people over 5 years old have not received even a dose. Then, again as of October 5, 7.54 million people have not yet received the third dose, while almost 3.4 million fourth doses have been administered. This is what emerges from the weekly monitoring of the Gimbe Foundation.

Finally, for the fourth dose, the audience for the second booster (fourth dose) is 19.1 million people: of these, 13.9 million can receive it immediately, 1.8 million are not immediately eligible as they are cured. less than 120 days ago and 3.4 million have already received it.

“The clear recovery of viral circulation – explains the president of the Gimbe Foundation, Nino Cartabellotta – involves the entire national territory and is already making its effects felt on hospitalizations in the medical area and, to a lesser extent, in intensive care. Concern about this new wave is strong due to various factors: the vaccination campaign is essentially at a standstill, the coverage of the fourth dose for the elderly and the frail does not take off, the flu season is coming and on public transport we said goodbye to the obligation of masks “.

Videogames entered his life in the late '80s, at the time of the first meeting with Super Mario Bros, and even today they make it a permanent part, after almost 30 years. Pros and defects: he manages to finish Super Mario Bros in less than 5 minutes but he has never finished Final Fight with a credit ... he's still trying.
Previous schedules, plots and stars of the films scheduled today, Thursday 6 October 2022 – Sanremonews.it
Next Esselunga lands in the center with its second shop, party in via Tomacelli- Corriere.it