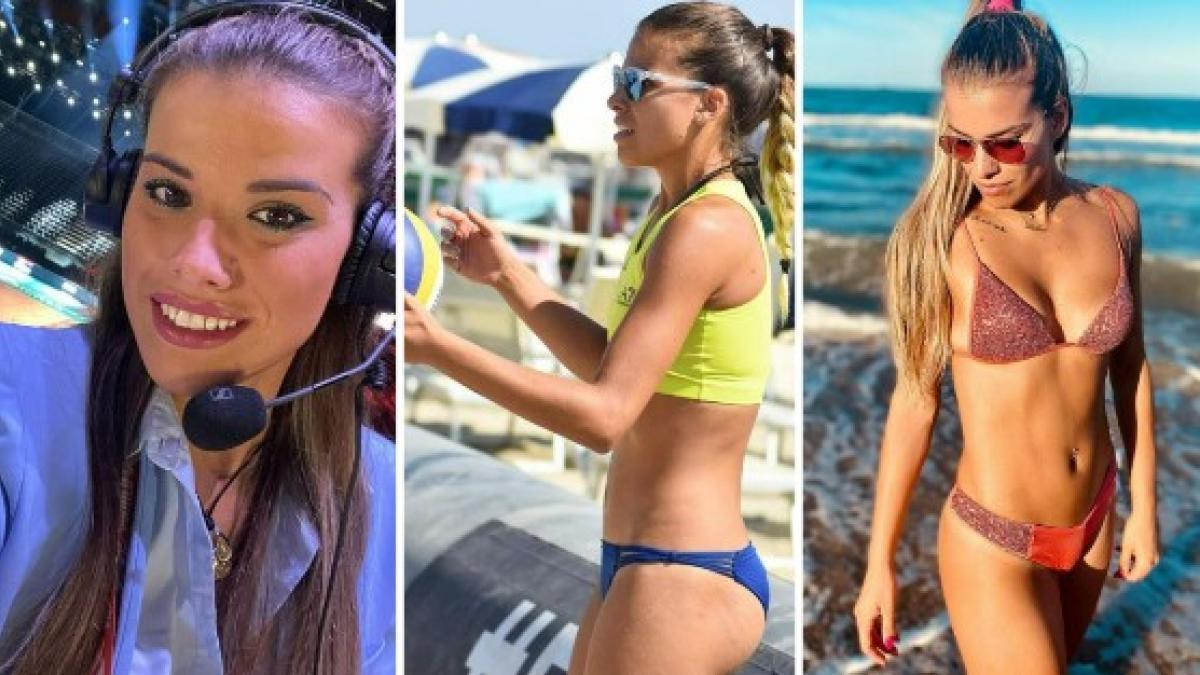 Giulia Pisani, retired at 27, but stays in shape between TV and gym

A much appreciated athlete in the world of volleyball, Giulia Pisani is now RAI commentator and team manager of the under 16 national team: “The stress of the World Cup kept me in shape. But now I’m going back to the gym”

Who knows if she still feels called into question when someone greets her with the name of “Miss Murone“. Giulia Pisani is, to date, a young and beautiful former volleyball player, loved by the fans of Busto Arsizio (but also of Filottrano, Ornivasso and Club Italia) for his ability in that fundamental defensive so useful for scoring points. Thanks to a serious shoulder injury, Giulia was forced to radically change her life and reinvent herself when she was not yet thirty years old. Today you have embarked on a journey with the Italian Under 16 in the role of team manager. In addition, it is an appreciated technical voice during the RAI commentary of volleyball competitions, both in Serie A1 and with the national team: “I have a goal: Paris 2024. I would like to experience my second Olympics. And then I’d like to write a book and tell my story: I think it can be useful for many people who are faced with important choices in life. I have chosen my happiness “.

Happiness and suffering are two sides of the same coin: how hard was it to end volleyball so young?

“It was a choice born of years of thought and reasoning. I stopped twice: in 2017 because I felt the need to stop mentally. And it was useful because when I resumed, in the 2018/19 season in Filottrano, I played the best league of my career ”.

Then the definitive announcement at the beginning of the 2019/20 vintage.

“I put my happiness and the will to be well in front of everything. I had come for months of rehabilitation, of great physical suffering. The decision to leave the world of played volleyball, I repeat, was not instinctive. For once, I chose me. And now I’m living fantastic experiences, always linked to volleyball, but from different perspectives “.

What do you like most about your new job as a sports commentator?

“First of all, the opportunity to experience certain events live. They are emotions that remain in the head and on the skin. And then I’m happy to be able to explain what is happening on the pitch, tell the dynamics of the actions, bring my experience into the homes of Italians “.

Is it difficult for you to see girls with whom you have shared the blue shirt, still in the air, crushing and blocking?

“It was more difficult in the beginning. Then it became a habit even if, obviously, it is not possible to forget the path taken. But I think there should be no regrets when a decision has been made consistently. I felt at peace with myself ”.

Mentally, who supported it?

“It is useful to know that we are not alone in the complicated stretches of the journey. However, it is always up to the person to make the final choice. I had a sports psychologist by my side but not only. Dad and Mom have been close to me even though they have never faced the pressure of a professional athlete. Inevitably they struggled to understand some facets ”.

Hot topic, now more than ever.

“For the show it offers, I think the attention of the general public towards a sport like volleyball is right. But I believe it is necessary to prepare the athletes for the show in which they are protagonists not only on the pitch. I found myself catapulted into Serie A1 at 19. I still didn’t have the right maturity to bear criticism and to understand the importance of listening only to the people who really cared about me ”.

Also for this reason did you accept the role of team manager of the Italian national team under 16?

“I have a great desire to expand my experiential and cultural baggage. I thank the Federation for this opportunity, from President Manfredi to my “teacher”, Alessio Trombetta. The first important appointment will be in January with the qualifiers for the European Championships “.

What is its mission?

“I would like to make these girls born in 2007/2008 understand the value of the blue jersey and, if necessary, help them to take the right path by talking about the correct behaviors to keep in the gym. I believe that a female figure, within the staff, is fundamental “.

On a personal level, how do you keep fit?

“Until last April, I was training and playing volleyball three times a week. Since then I have completely stopped all sporting activities. And I have to admit that I miss it. It is a period with so many changes: it is not a sufficient justification, I know. This is why I want to start over as soon as possible ”.

At first glance, however, it is still in splendid line.

“Before, I had more defined muscles. I was used to seeing myself differently. I can’t deny that there are a few extra kilograms now. For now, I thank dad Paolo’s metabolism that is helping me. But I promise to be back in the gym soon. But with a personal trainer, otherwise I get distracted and work less (she says laughing) “.

Speaking of work, he’s having a crazy experience as a sports commentator.

“Perhaps that too has contributed to maintaining a good line: being always on the move, the stress related to the recently concluded world championship, the change of three cities in twenty days, the suffering during live shows and the union with the girls on the field: having however, an active life has its value also for the body ”.

Do you make any sacrifices from the food point of view?

“I like to feel good about myself. In this period of life, in all sincerity, I try not to miss anything, not even small whims at the table. So if I have the desire to end the meal with a good dessert, I eat it and I’m happy ”.

Videogames entered his life in the late '80s, at the time of the first meeting with Super Mario Bros, and even today they make it a permanent part, after almost 30 years. Pros and defects: he manages to finish Super Mario Bros in less than 5 minutes but he has never finished Final Fight with a credit ... he's still trying.
Previous Film tonight on TV not to be missed on Saturday 29 October 2022
Next Doctors. Enpam opens bonus questions for trainees