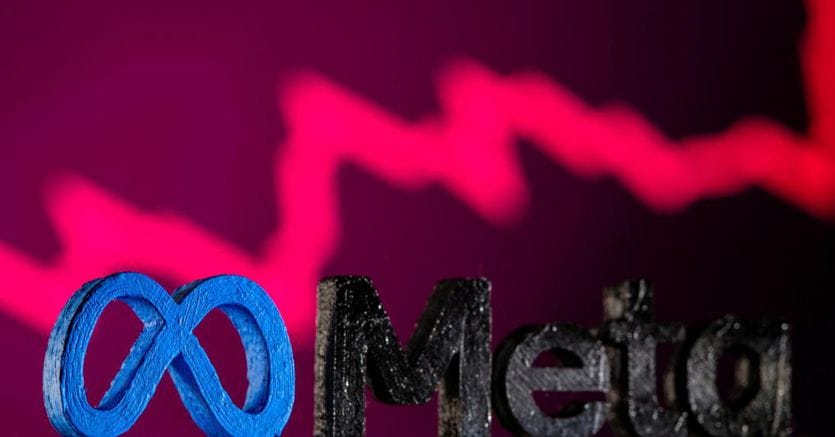 Goal to the showdown: 9.4 billion in smoke in the metaverse in nine months

Nine billion, or rather 9.4 billion, in nine months. So much has lost the Reality Labs division of Meta, the heart of its troubled and yet to be verified technological and cultural bet on the Metaverse, once the third quarter’s liabilities have also been counted, which has swelled further. And when similar doubts about the future are compounded by the difficulties of the present, with the landslide of that advertising still the engine of business in the climate of economic crisis that is advancing, the result is a real perfect storm: that on the declining accounts of the giant of Mark Zuckerberg’s social networks and digital universe. Meta has disappointed in the past three months and expected further slips in the ongoing fourth quarter.

The fall of the title

Nothing has made the stormy waters in which Meta sails more evident than the reaction of the stock exchange. The stock, crushed by pessimism, fell by almost 20% after the market. A collapse that adds to the 61% already lost since the beginning of the year – enough to cancel 550 billion market caps – and which makes Meta one of the most penalized tech leaders today, even if under pressure after disappointing budgets, Alphabet and Microsoft also ended up. kicked off Big Tech’s quarterly season on Tuesday 25 October. At current levels, Meta is on Wall Street at its lowest since March 2016.

Down profits and turnover

Earnings and revenues for the past three months have suffered: earnings per share were $ 1.64 versus the expected 1.89. Net profits have more than halved (-52%) to 4.4 billion and operating profits have retreated by as much as 46% to 5.66 billion. The turnover did a little better only in appearance: it was 27.72 billion compared to the 27.38 billion forecast. In truth, it was affected by the second consecutive decline, a decline of 4% which, moreover, according to the company’s outlook, will continue in the current quarter (it anticipated between 30 and 32.5 billion compared to the 32.2 so far assumed). In the second quarter it had already fallen by 1 percent.

Compounding the pressures on revenues, today and tomorrow, are the privacy constraints on Apple devices (which limit the advertising targeting of companies such as Meta) and competition from more agile rivals such as TikTok. Meta has known that in these conditions the average price of its ionserions has dropped by 18% against an increase of 22% last year. Overall, advertising revenue, 98.2% of the total, fell at the same pace as the group’s turnover, by 4% to 27.2 billion.

Meta can still count on strengths, starting with an army of users. The average daily users of his social network Facebook, 1.98 billion, respected the forecasts while the monthly ones slightly beat them, 2.96 billion against 2.94. Instagram has 2 billion monthly users and WhatsApp has exceeded two billion, with growth primarily in the strategic North American market.

The variety offered by video games never ceases to amaze him. He loves OutRun's drifting as well as the contemplative walks of Dear Esther. Immersing himself in other worlds is an incomparable feeling for him: he understood it by playing for the first time in Shenmue.
Previous Naomi Scott: film, Aladdin and makeup
Next «Guys, do not worry»: Chiellini’s chat on Whatsapp that chokes Juventus on capital gains