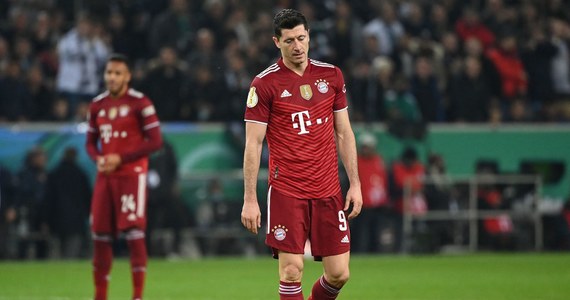 From the entries on Twitter of UEFA vice-president Zbigniew Bonek, it can be concluded between the lines that … we may be in for a pleasant surprise. Meanwhile, according to Western media reports, one of the Spanish journalists closely associated with Leo Messi allegedly revealed that the Argentine had already been informed that he would win the prestigious award, and “Lewy” would be the second. Either way, the voting result was not so hermetically kept secret for a long time.

Recall: Lewandowski fought for the Golden Ball for the first time in 2013, while still a player of Borussia Dortmund. The thirteenth was among the 23 players. In 2014, he was not nominated. In 2015, Robert was just behind Neymar, Ronaldo and Messi (the best Polish result since Zbigniew Bonek in 1982). It was then that he was the top scorer in the Euro 2016 qualifiers and netted five goals in nine minutes to Wolfsburg.

The tradition was broken in 2010. Messi with Diego Maradona as the selector, lost the World Cup 0-4 with Germany already in the quarter-finals, and yet the Argentinian got the Golden Ball. And yet the stars of the tournament were the Spaniard Andres Iniesta, the Uruguayan Diego Forlan, the German Thomas Mueller and the Dutch Wesley Sneijder. In Barcelona, ​​too, Messi did not have a season to live.

Just then, “France Football” experimentally teamed up with FIFA and along with journalists, the national team managers and captains were included in the vote for the player of the year. How it would be if only journalists voted, it’s hard to say, but it’s hard to resist the impression that Messi won then, because the specific achievements were not particularly looked at, but the genius of the football star who was developing at that time was appreciated. The Argentine was simply the most spectacular, most beautifully playing footballer on the globe.

Now, unfortunately from our point of view, it may be similar. It is true that Robert broke Gerd Mueller’s record and scored 41 goals in the Bundesliga last season, but with Bayern in the Champions League he did worse. He also did not achieve anything with the Polish national team at the European Championships. By switching from Barcelona to PSG, Messi also cut flights in terms of clubs, but led Argentina after Copa America, finally achieving a substitute for what his great predecessor, Maradona, who died last year.

Adding to this the still widespread adoration and admiration for his football genius, as well as the long-standing image of a modest boy from the neighborhood, it seems that without some spectacular advantage of a Pole, Lewandowski has no chance to be better than the Argentine in the eyes of the voters.

Could it possibly be some form of compensation for 2020 by awarding Robert a prestigious award? It probably doesn’t work that way. Here, the criterion is undoubtedly not some historical justice, or even just a detailed comparison and balancing of individual achievements.

Rather, the collective imagination, the so-called media coverage. If Lewandowski did not score these goals for Bayern, he will be a player of a club much less spectacular than those from Spain, England and even Italy. Yes, Messi has recently left Paris for millionaires, but no one has gotten used to it yet and in the minds of the people of the football world, he is still situated somewhere else. First of all, as a global brand, belonging to a club for a while.

This is what the striker of the Polish national team has faced and will continue to do. Trying to destroy the hierarchy in world football, he would probably have to change the league and try elsewhere. The fact that he is slightly younger than Messi and Cristiano Ronaldo also works to his advantage. It is possible that he will still shoot when the others definitely leave the stage and naturally move to their place. Maybe then the voters will give the Pole something for the overall benefit?

The hope, also for a positive scenario for us during the current hand, is the fact that, since 2008, we managed to break the Argentinian-Portuguese hegemony. In 2018, Luka Modrić won the plebiscite. The Croatian won then in a beautiful style a world runner-up and led Real Madrid to the third in a row and fourth in five years of victory in the Champions League. And he plays in the most media club in the world.

Read the whole thing on Polsatsport.pl!

David Martin is the lead editor for Spark Chronicles. David has been working as a freelance journalist.
Previous The new Suzuki S-Cross – evolution not revolution. We know the prices in Poland
Next Crisis on the border. The Belarusian agency spreads false information about troop movements

. – The team showed its claw today. They fought all over the pitch throughout …