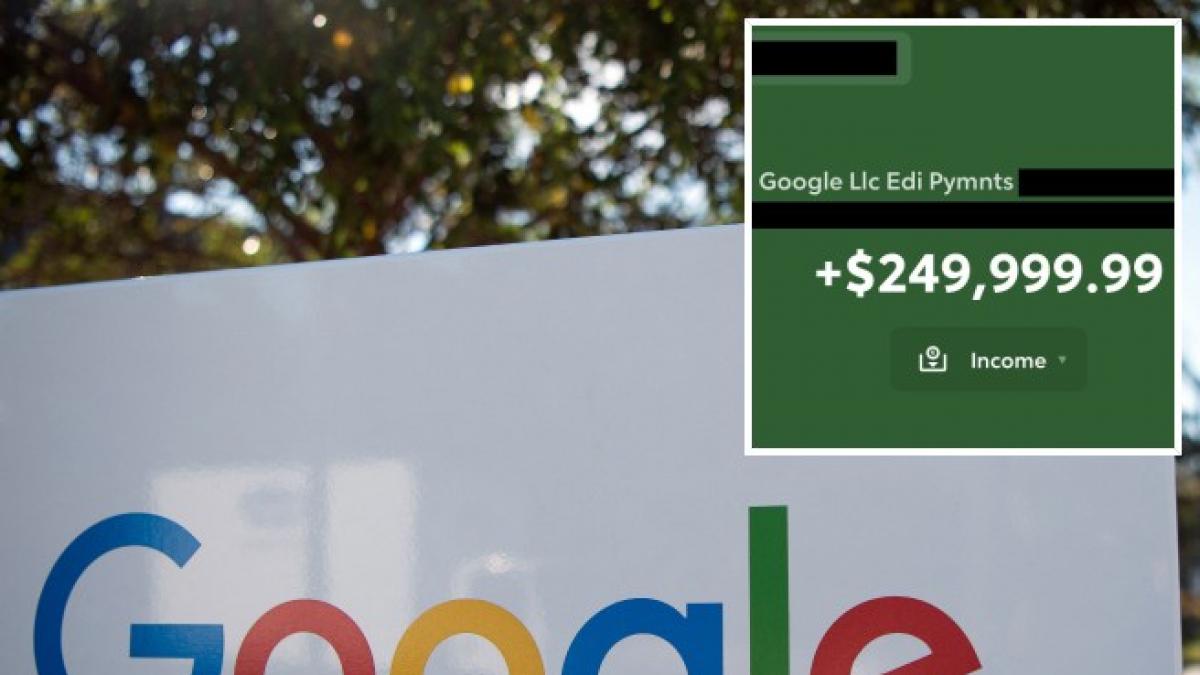 After the incident, the man tried for a long time to get in touch with the tech giant, but without success. The intervention of the press broke the deadlock

He couldn’t believe his eyes Sam Currya computer engineer and US cybersecurity expert, when he suddenly saw ben credited last month 250 thousand dollars (249,999 to be precise, equivalent to over 260 thousand euros) on the current account. Ordering party: Google. However, the reason is unknown. Because if on the one hand it is true that the Mountain View software are among those whose astonished beneficiary looks for vulnerabilities for work, on the other hand he himself, consulted by the US media, is certain of theabsence of connections between his professional activity and the maxi accreditation received.

The story is reminiscent of the one that last June saw a Chilean worker mistakenly receive 330 times his salary. But if on that occasion the person concerned had decided to become unavailable, in this case Curry immediately wrote to the company to return the undue sum. Undoubtedly a meritorious action, which, however, to his great surprise was followed by only one inexplicable silence. “It’s been a little over three weeks since Google accidentally sent me $ 249,999,” he said on Twitter on Wednesday, September 14. but I haven’t heard from the support ticket yet“. Hence the question with a lot of tags to the tech giant’s profile: “Google, is there a way to get in touch?”. And a joke in brackets: “No problem if you don’t want them back …“.

“It was a human error”

Already surreal in itself, the situation had taken on grotesque contours at that point: not only was Big G wrong to credit the 250 thousand dollars, but she didn’t even seem interested in regaining possession of it. So in the end to unlock theimpasse it was in fact necessary that the episode arouse the interest of the press: “Our team recently made a payment to a wrong beneficiary due to a human error – confirmed a Npr a company spokesperson -. We appreciate that it was communicated to us quickly by the data subject and we are working to correct it“. In other words, Curry will get an answer soon. Together, hopefully, in sincere thanks for the honesty shown.

He likes dogs, pizza and popcorn. Already a fanboy of Nintendo and Sony, but today throws anything. He has collaborated on sites and magazines such as GameBlast, Nintendo World, Hero and Portal Pop, but today is dedicated exclusively to Spark Chronicles.
Previous Use, alert for viruses with polio-like symptoms in children – Medicine
Next Ilary Blasi, behind the wheel of the Range Rover away from everyone … and from Totti