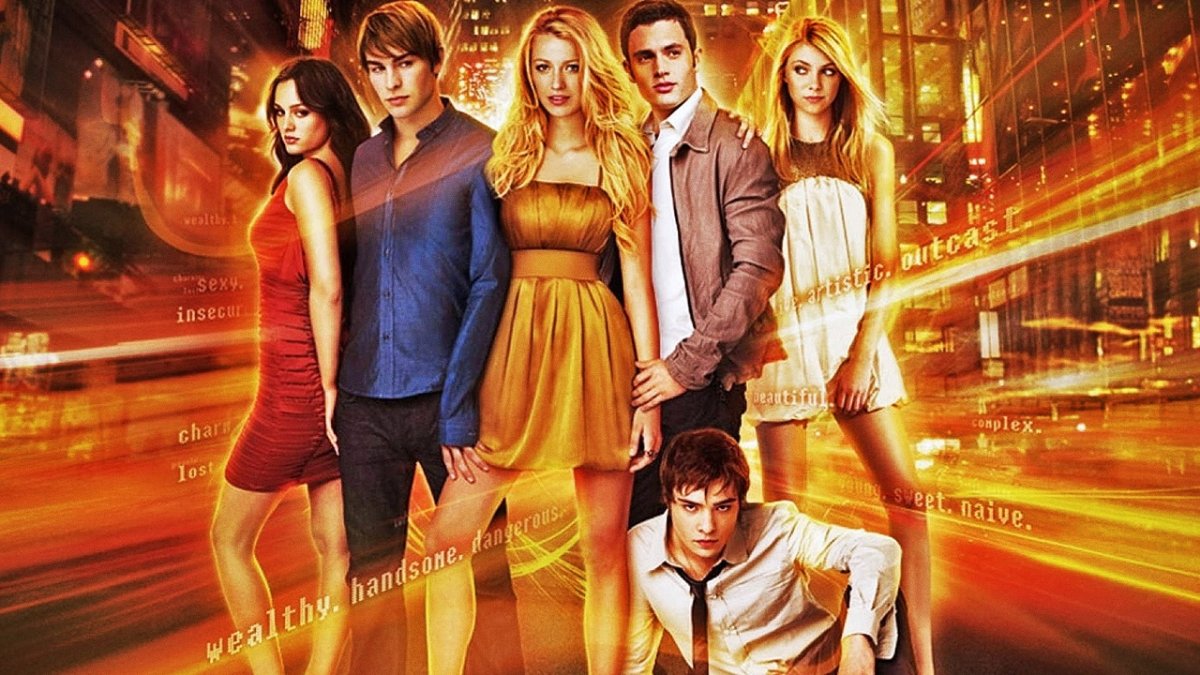 Gossip Girl: what she leaves us 10 years after the finale

We are officially old: 10 years have passed since the finale of Gossip Girl, the last pre-Generation Z teen drama. What has it left us? Let’s find out by points. 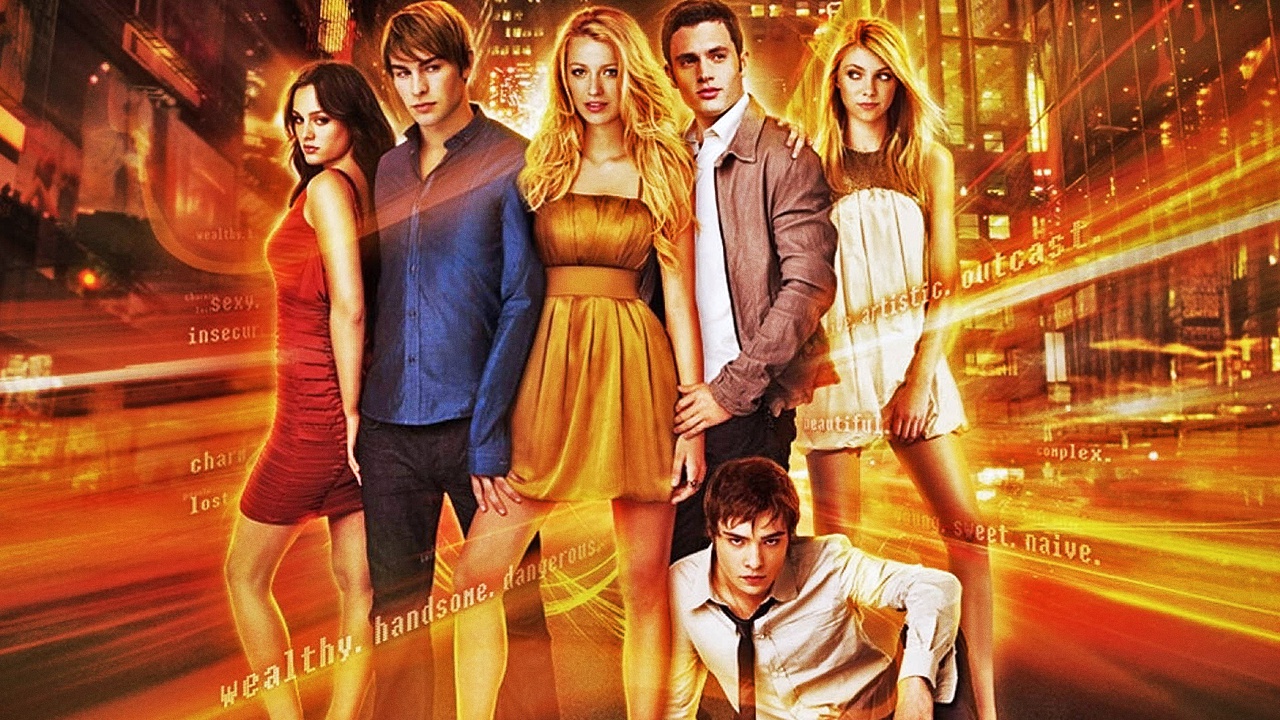 While the revival is raging on Italian and overseas screens – one of the most sensible and clear-sighted in recent years – here, laughing and joking, the series finale of Gossip Girlthe iconic pre-generation Z teen drama currently available on Netflix (the reboot on Sky/NOW). We are officially old. It is not only the series that has left a legacy – epochal quarrels, teenagers with too much money and immersed in luxury, iconic characters, style lessons, instant cult scenes, betrayals and twists, the underlying mystery – but also that epilogue. So let’s see by points what does the Gossip Girl ending leave us after 10 years.

Who is Gossip Girl?

This is the question that since the pilot has embraced the series and its fans, as well as the novels from which it is based, written by Cecily von Ziegesar in a semi-autobiographical manner. A blogger’s so modern and tantalizing yet so morally wrong idea in disguise that she was “the one and only source of news into the scandalous lives of Manhattan’s elite“. Dirty laundry washed up on the internet and smartphones in an era Pre-Instagram and TikTok and pre-influencers. Adapters Josh Schwartz and Stephanie Savage after The OC, had managed to get ahead of the times on the influence that technology and social media would have had on Generation Z still to come.As well as the language at the last line and play on words starting from the titles of the episodes, which always recalled the name of a film… adapted and “crippled” with the theme of the episode We almost didn’t think the final revelation of who was behind Gossip Girl would arrive after 6 seasons and 121 episodes – one of those mysteries that perhaps we forget over time even if it was back in vogue right in the fifth season – and with which instead the authors wanted to close the circle, going to reconstruct the clues scattered throughout the six years of the show (with some inconsistencies, according to many).

Gossip Girl: 10 years of the series we loved to hate

Speaking of adolescent cults and historical teen dramas, Gossip Girl practically immediately became an instant cult due to its clearly over the top features, right from the first scenes and that arrival of Serena van der Woodsen at Grand Central and Blair Waldorf’s lunch stalking with her subordinates on the steps of the MET. The same MET where Blake Lively she returned this year for the Gala in a dress-with-a-twist that impressed and enthralled everyone, even her husband Ryan Reynolds. A cult social teen drama that has been able to make a lot of self-irony from a certain point on, on its strengths as on its defects. The last testimony came right in the series finale with the showing of Kristen Bell (historic voice-over of Gossip Girlalso in the revival) and the former star of The OC Rachel Bilson in a sort of adaptation of the novel by Dan Humphrey (Penn Badgley, now the undisputed star of YOU on Netflix). Josh Schwartz he played with his own universe and winked at viewers. At the same time, despite being a show that was certainly ahead of the times and fashions (Blair’s headbands, Chuck’s heart in the brooch next to hers) it was clearly pre-cancel culture and would not be feasible today (the updated reboot).

The identity of a channel

The serial aired for six seasons on The CW, representing its identity well, and coincided with its birth from the merger of The WB and UPN, to offer teen dramas closer to current events and to generations that are only apparently more frivolous and superficial. An identity that now, with the change in the channel’s management, the closure of many historical series and the more reality approach, seems to be about to say goodbye to that gossipy mood that this very series, together with others, had given it. Without her, there would never have been the push to adapt other teen series from children’s novels with mystery as the main element to season and hybridize the more typically coming-of-age plot. Above all, Pretty Little Liars.

The Boys 2, speaks Chace Crawford: “The series is not the usual story of superheroes”

What happened to the actors?

The Gossip Girl series finale he also left us his young interpreters as a legacy, literally launched into the television and cinematographic firmament by the series. In addition to the aforementioned Lively, who continued her film career working with Ben Affleck in The TownWoody Allen in Café Societyit’s still Adaline, Paradise Beach, A small favor And Badgley, which continues to portray tormented writers, others have also made their way. Leighton Meester, the Queen of the Upper East Side Blair Waldorf, married in reality Adam Brody, or the one and only Seth Cohen of The OCin an unprecedented cross-over, and we continued to see her on TV in comedies Making History, Single Parents (where he starred right next to Brody) and How I Met Your Father. As for the scions of the New York elite, Chace Crawford aka Nate Archibald is now among the protagonists of the cult Prime Video The Boys as Abyss, who makes fun of Aquaman’s features and powers, while Ed Westwick who played the loved-hated Chuck Bass, as well as some personal controversies, also continued on TV with Wicked City, Snap taken from Guy Ritchie’s film, White Gold and also as lead singer of the indie band he founded, The Filthy Youth.

Taylor Momsen, alias Dan’s “little” little sister, Jenny, who will make all sorts of things, attracted by that lavish world that her brother hates, withdrew from acting right at the same time as her farewell to the series (to then return in the series finale) dedicating herself completely to her musical career as the founder and lead singer of the rock group The Pretty Reckless. Jessica Szohr, Dan’s best friend and then something more, Vanessa Abrams, continued with appearances on TV and in the cinema. As well as “veteran” adults Kelly Rutherford and Matthew Settle, who for many will remain the couple Lily and Rufus, despite the fact that they are with other people and happy in the finale.

Gossip Girl: The Review: Welcome back to the Upper East Side

New York, I Love You

Speaking of re-adapted and “crippled” episode titles from the movies, the finale is no exception, New York, I Love You XOXO. The Big Apple oozes from every pore on the show (for the record Lively also starred in the collective film she watches a bit). A cosmopolitan city that was the real protagonist and cloaked all the episodes until the grand finale. Not only for the locations already mentioned, but also for the absolutely unique and unrepeatable atmosphere of having shot live in the City and having made Gossip Girl’s phrase his own “spottedwhich could also apply to actors caught on set around town by fans.

David Martin is the lead editor for Spark Chronicles. David has been working as a freelance journalist.
Previous Most famous Chanel perfumes on display in Paris in 2023
Next Qatar 2022 World Cup, today’s matches and news: the Croatia-Morocco final at 4 pm – Football