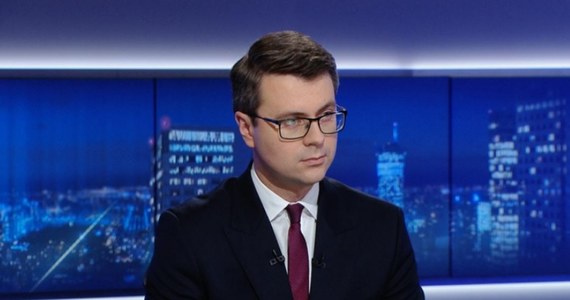 Government spokesman Piotr Müller: “Mateusz Morawiecki will have a series of meetings in European capitals”

The government spokesman was asked on Friday in Polsat News whether any diplomatic meetings of Prime Minister Mateusz Morawiecki are planned in the near future due to the situation on the Polish-Belarusian border.

– First of all, on the one hand, we are dealing with some kind of weakening during these hours of the attack on the Polish border, but absolutely due to the intelligence and other information that we have from our allies, we are not giving up diplomatic activities. (…) In the coming days, the Prime Minister will have a series of meetings in European capitals, concerning precisely the area of ​​Central and Eastern Europe – said Müller.

As he emphasized, “what we have seen at the moment on the Polish-Belarusian border is rather one of the symptoms of possible actions in the long-term perspective, and we will talk about it in European capitals”.

When asked which European capitals were discussed, he replied that he did not want to speak specifically because “at the moment they are literally being arranged”. When asked if Berlin would be one of those places, he replied that “this is obviously one of the places where you must undoubtedly also meet”.

– On the other hand, we had constant contact with Chancellor (Angela) Merkel by phone, and there are EU countries that know much less about the conflict between Poland and Belarus, and it is also necessary to talk about it, plus give a clear signal to the Baltic states about support, or even the Scandinavian ones because they are exposed to this type of action – he emphasized.

The government spokesman was asked if we are entering the stage of de-escalation of the crisis on the Polish-Belarusian border, he replied: “De-escalation at this stage. But this does not mean, of course, that both Minsk and Moscow are giving up their plans to destabilize the Central and Eastern Europe area. the fact that we are talking here, for example, about the planned launch of Nord Stream 2. It is also another tool in Russia’s hands that can be used. “

He stressed that on Friday an important meeting of the head of government with the US National Intelligence Director Avril Haines took place. – And also information that certainly cannot arouse satisfaction, or rather anxiety in the long term – he stressed. When asked what he meant, he replied that due to the fact that it was classified information, he could not go into details.

– But it can certainly be said that both Belarus and Russia do not aim at peaceful in the future, in the sense that they do not intend to de-escalate actions – emphasized the government spokesman. Asked whether it was about further attacks on the Polish border, an attempt to destabilize our border, he replied that “this is one of the variants that is of course possible, but we also have a whole range of other possibilities, such as further disinformation, cyber attacks, types of hybrid activities. be it on the Polish-Belarusian or Lithuanian-Belarusian or Latvian-Belarusian border “.

Müller was asked whether Prime Minister Mateusz Morawiecki supports the parliamentary bill by PiS introducing vaccination control by employers. A government spokesman assessed that this was a “compromise solution”. – It says that the employer can verify this (vaccinating the employee), and even if the employee has not been vaccinated, he can be delegated to another position. (…) Nobody forces anyone to do anything – he emphasized.

When asked if this bill would be voted in the Sejm in December, he replied: “I hope that (this bill) will be at the December session”. On Wednesday, PiS MPs Czesław Hoc and Paweł Rychlik at a press conference presented the assumptions of the bill enabling the employer to check whether an employee is vaccinated against COVID-19.

Czesław Hoc said that the parliamentary bill, prepared by a group of PiS deputies, consists of three pillars. The entrepreneur will be able to ask for the employee’s vaccination certificate and if the employee is not vaccinated, he will be able to reorganize the work, e.g. transfer such an employee to a department where he will not be in contact with customers.

The second pillar of the project concerns medical entities. The head of each medical entity, e.g. a hospice, will be able to order that its employee must be vaccinated. If an employee does not get vaccinated, “it may have restrictions in the form of dismissal.”

According to the third, key element of the project – if the company proves that all employees are vaccinated, it will receive a special privilege – “there will be no restrictions on it”.

Müller informed that the presentation of the anti-inflationary shield will take place next week. – Later there is a sitting of the Sejm, so this meeting will be adopting the shield, said the spokesman for the government. Asked what will be in this shield – and whether it will make gasoline available for Christmas – Müller assured that it will concern the “fuel and energy sector”, as well as “various solutions that are to slightly lower the prices of key products”. – I hope that this package of solutions will bring such an effect (a reduction in petrol prices for Christmas) – he stressed.

On Wednesday in the Sejm, deputy finance minister Piotr Patkowski announced that during the week the government would present specific postulates of an anti-inflationary package. The package aims to mitigate the effects of rising energy prices. Climate Minister Anna Moskwa said at the beginning of November that such a package was ready and would start next year. “We call the entire group of people who need this support vulnerable. They are retirees, pensioners, people who operate on a daily basis in the system of financial support for lower incomes,” Moscow said.

She added that in this approach, support may be obtained by about 2.6 million people, but the situation is constantly analyzed and other groups are qualified to the package.

Videogames entered his life in the late '80s, at the time of the first meeting with Super Mario Bros, and even today they make it a permanent part, after almost 30 years. Pros and defects: he manages to finish Super Mario Bros in less than 5 minutes but he has never finished Final Fight with a credit ... he's still trying.
Previous The Polish automotive industry suspends investments
Next Microsoft is bringing back the “blue screen of death” in Windows 11